DPA Microphones Gets A Boost In The Republic of Ireland 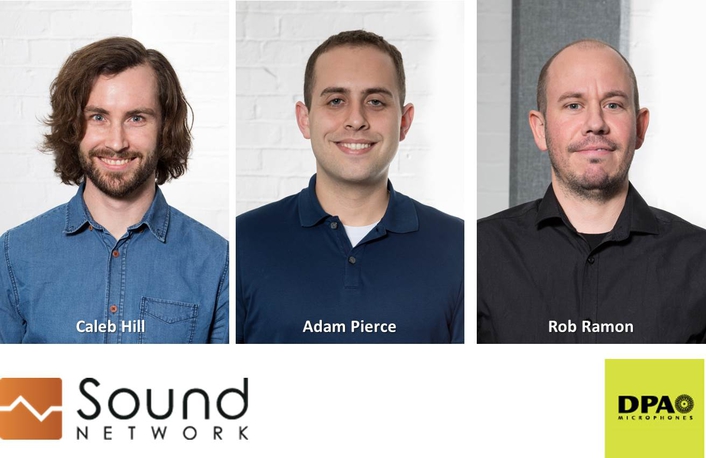 Sound Network, DPA's UK distributor, is now handling distribution in Ireland where it is already appointing a dealer network
Musicians, recording professionals, broadcasters and AV specialists in the Irish Republic can now access the full range of DPA microphones through the company’s UK distributor, Sound Network, which has expanded its remit across the Irish Sea.

Sound Network has been representing DPA since 1994 and is confident that its product knowledge and emphasis on service and support will lead to an increase in sales and much better brand positioning for DPA in Ireland. Taking charge of Sound Network's Irish expansion will be Sales Manager Adam Pierce, Product Manager Rob Ramon and Marketing Manager Caleb Hill.

"We’re excited to expand our expertise and enthusiasm over to Ireland," says Adam Pierce. "We will be looking to create a skilled and knowledgeable dealer network over the coming months, just as we have done in the UK where this has resulted in substantial growth for DPA."

Nils Vinding,  DPA's Area Manager for the UK, Benelux, Austria and Switzerland,  adds: "The high level of skill and profesisonalism shown by Sound Network over the many years they have represented DPA Microphones in the UK as well as their geograpic placement convinced me that they were the perfect partners to help us expand our reach into the Irish Republic. We have no doubt that Sound Network will do an exceptional job and we look forward to our joint ongoing success."

Renowned for their audio accuracy, reliability and superb engineering, DPA microphones are the first choice for numerous recording and touring artists and sound engineers. The company’s extensive product range also encompasses many other industry areas including broadcast, film, theatre, installation, conferencing and security.

In recent months DPA has launched a number of new products including the d:screet™ Omnidirectional Miniature Necklace Microphone, which won a prestigious TEC Award in the Sound Reinforcement category, and the d:fine™ In-Ear Broadcast Headset Microphone, which is targeted at television hosts and guests who use In-Ear monitors to communicate with their producers backstage. DPA is also planning a re-launch of its d:facto™ Vocal Microphone range and will introduce a new member of the d:facto family at Prolight + Sound 2015 in Germany in April.