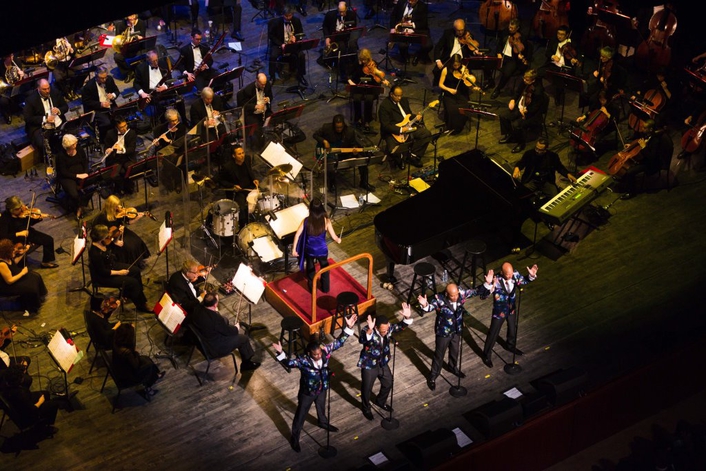 Industry veteran uses company’s d:vote™ 4099 Instrument, d:screet™ 4061 Miniature and d:dicate™ 4011 Cardioid Microphones
For the past 34 years, FOH/recording engineer Rick Camp has worked with some of the biggest names in the music business. From Beyoncé, Chris Brown, J. Lo and Mary J. Blige to Madonna and Burt Bacharach, Camp’s diverse portfolio includes his recent efforts with the Forbidden Saints, the Mississippi Orchestra and the Newark Philharmonic. Although his gigs vary, Camp’s desire to provide his clients with the best possible equipment remains steadfast, and that’s why he relies on DPA Microphones for his instrumental audio amplification needs.

Camp first started using DPA Microphones’ d:screet™ 4061 Miniature Microphones about eight years ago for the symphony gigs that he was then mixing. “At the time, the d:screet 4061s on the strings sounded better than anything out there,” says Camp. “Then, about six months ago, I was turned on to DPA’s d:vote™ 4099s [Instrument Microphones] and they sounded amazing, too. They provide a bigger, richer and fuller sound than anything I’ve heard before.”

Camp most recently used the d:votes for the Forbidden Saints’ 12-piece string section. A “supergroup” of classically-trained musicians, the Forbidden Saints symphony has impacted music with unforgettable names, movies and concerts. “I like the directivity of the d:vote instrument mics, especially with Forbidden Saints, because they are essentially a loud rock symphony,” adds Camp. “The regular rhythm section plays pretty loud on stage, but the music is like Jazz fusion meets rock. The three main instruments — violin, harp and cello — are out in front, while the remaining strings and rhythm section are behind. I have no problem ensuring that every instrument is heard clearly when I use the DPA d:votes.”

The d:votes also proved useful to Camp during his recent mixing work with the Mississippi Symphony. “For that particular show, we had 60 players and I had to get it down to 48 channels,” explains Camp. “So, I had two first and two second violins wired together, then the third and fourth, and so on, until we cut it down to 48 channels; and it sounded great. Then, after speaking with a colleague, I tried the d:votes on horns, and it was just as perfect. Every horn had its own d:vote and they sounded just as big as when I use a large diaphragm microphone.” 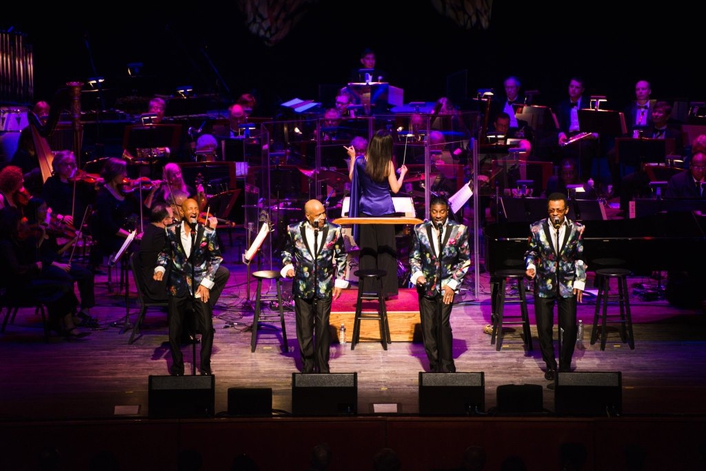 Camp also used DPA’s d:dicate™ 4011 Cardioid Microphone for overheads for the symphony and immediately noticed a difference. “I was totally impressed with the 4011s,” he says. “Since I couldn’t clip the d:votes to the flutes or bassoons, I decided to use the 4011s. It was the first time I had ever used them and I really liked what I heard. They sounded so good that, going forward, I have to have them for the percussion section as well.”

In the future, Camp plans to incorporate the DPAs when he hits the road with his larger touring clients. “Sometimes, you get one of these pop acts that want to go out big and take out a string section of like eight players, so the next time I come across one of those acts, I’ll definitely be using DPA,” continues Camp. “A lot of small condenser mics can’t take the sound levels of an orchestra, but the DPAs have proven themselves quite worthy.”

Camp has also incorporated DPA microphones into his Master Mix Live school, which he founded in 2012 as a means of training future audio mixers and engineers in the art and science of live sound and recording. “With my collection of DPA Microphones products, I’ll now be able to show my students how to properly mic a symphony, which is something I couldn’t fully accomplish before,” adds Camp. “I’ll be able to teach them the best mic techniques for violin, viola, bass, double bass, etc. It will definitely be part of the curriculum when we get to the microphone phase of the course work.”