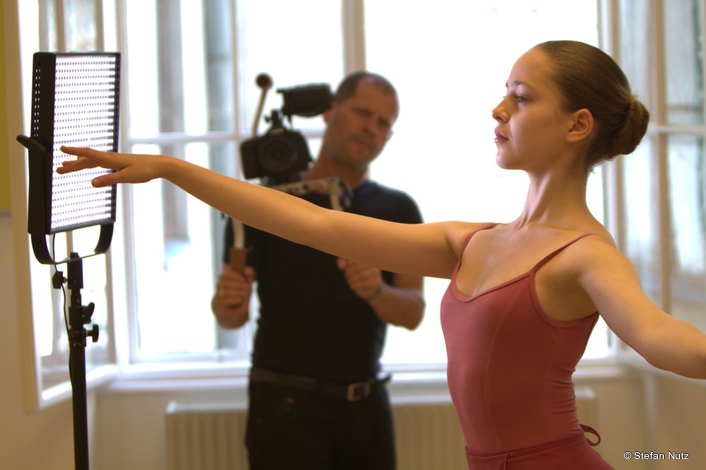 Johnnie Behiri, DP and co-producer of the documentary Just Ballet, relied on the 1x1 LED lights from Litepanels
When DP Johnnie Behiri isn't working as a freelance cameraman for the BBC, he films documentaries, music videos and video content for broadcasters and other respected customers. He also works as a consultant on the development of new products for leading companies in the broadcasting industry.

For his new documentary project entitled Just Ballet, Behiri also worked as a co-producer together with one of Austria’s leading production houses, the Viennese based SEVEN film and post production company. As part of this project the 1x1 LED lights from Litepanels, a Vitec Group brand, were used by Behiri as a versatile source of lighting for demanding shots.

In total, Behiri spent a year working on the two 56-minute parts of the documentary about a unique ballet class from the Vienna State Opera Ballet School. Behiri filmed eight dancers between the ages of 14 and 15 years old during rehearsals, performances and interviews. He even accompanied some of the young dancers to Romania and Japan. "To get the most authentic footage possible, I wanted to be as close to the ballet students, their teachers and families as possible," says Behiri. "When it came to equipment, I kept my set-up to a minimum so I would always have mobility and flexibility and not be in the dancers' way."

Professional Equipment for aesthetic shots
A Canon EOS 7D on a Sachtler DV8 SB tripod system and the Litepanels 1x1 fixture made up the basic equipment, which was only supplemented by some accessories. The choice of lighting was especially important to Behiri as most of the filming took place in ballet studios with plain white walls. "This was indeed a challenge because it would have disturbed the girls' routine and their behavior would not have appeared authentic if the ballet studios had been completely lit," says Behiri. "The combination of modern HD-DSLR film equipment and the versatile 1x1 enabled me to create the shots without exaggeration and to portray the protagonists in a very personal way."

One light – many uses
"The 1x1 is versatile. I used it when shooting interviews, to film the girls while dancing or to emphasize room details," says Behiri. "The light was often used as a direct light. However, it was also used with the filters included in the kit to adjust the colour temperature or to spread the light. Independent of what the lighting conditions were like in the room and how much natural light came in from outside, I used the 1x1 as a key light, fill light or background light." Throughout, the quality of light consistently met Behiri's high demands. "The new possibilities created by filming in HD-quality have influenced the audience and the demands on the pictures are extremely high. Litepanels has moved with these developments and is consistently improving the lighting technology. Litepanels lights provide bright, flicker-free lighting without the annoying side effects of traditional lights," emphasizes Behiri. "Hot lighting, which makes the interview subject sweat, is just no longer contemporary."

User-friendly and robust
Behiri also appreciates the characteristics of robustness and durability: "The 1x1 has traveled with me around the world for more than four years, and I always know the LEDs will work." The option of switching the lights to battery operation if required is priceless in the eyes of the experienced camera operator. "I have frequently used this feature during difficult filming conditions and in doing so profited from an all-round dependable lighting source," remembers Behiri. The slim form also makes it easy to transport the light. 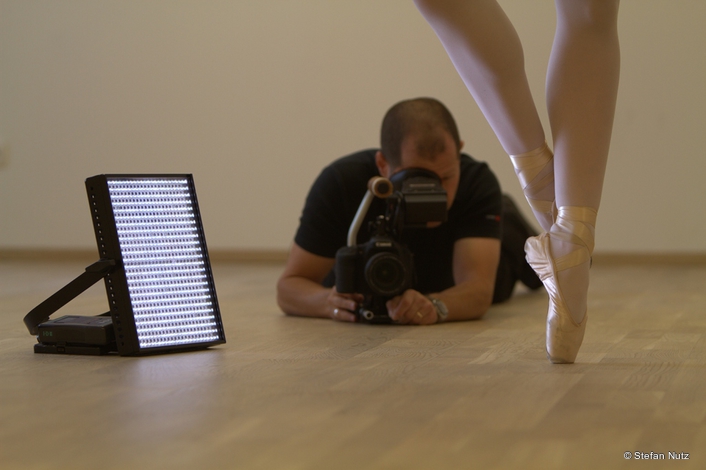 "With this unique project, Litepanels has directly influenced my way of working," explains Behiri. "A project begins long before one presses the record button. With the 1x1 fixture, I don't have to think about whether the equipment will weigh my luggage down too much or whether the light will survive the trip. I also know I can quickly assemble it on the set. And the most important thing is that it contributes to great footage – giving me exactly the look I want."