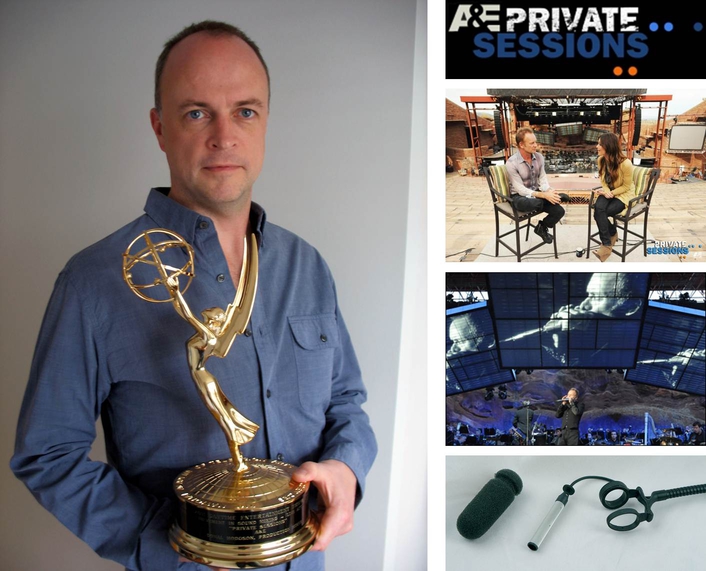 Sting’s sound recordist Donal Hodgson with his Emmy award
Sting’s recording engineer Donal Hodgson has been awarded an Emmy for Outstanding Achievement in Sound Mixing for his work on A&E's Private Sessions, Sting at Red Rocks, for which he used his DPA 4099 instrument clip mics.

Hodgson, together with audio team Blake Norton and Carlos Hernandez, won the Emmy for the one-hour US show, which showcases exclusive performances with leading artists. Using his 4099s across the orchestra, including violins, violas, cellos, double bass and brass, Hodgson recorded and mixed the songs for the broadcast.

Having just returned from working on a new project with Sting in Italy with his 4099s, Hodgson’s next job for the mics is to record the artist’s 25th anniversary show at the Beacon Theater in Manhattan. “Wherever I go to work now, the 4099s come with me,” he says, adding that he is also taking a pair of 4011A cardioid mics from DPA’s new Reference Standard series and a pair of 4023 compact cardioids to New York. “I don't work if I don't have my DPAs with me.”