Don’t Tell Me Who You Are, I’ll Just Check Your Online Data 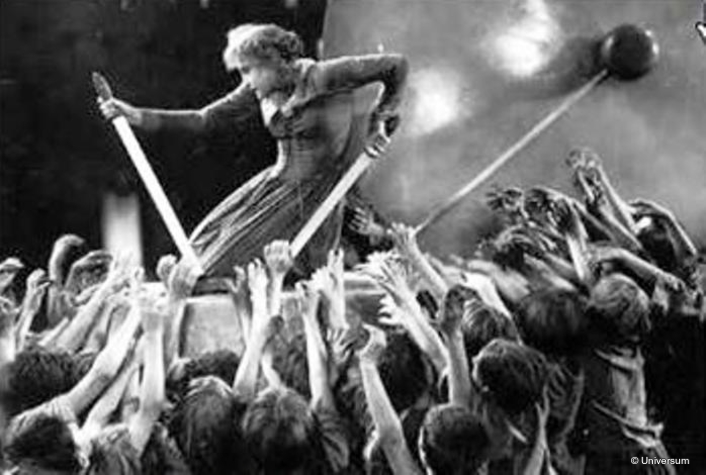 “Between the mind that plans and the hands that build there must be a Mediator and this must be the heart.” – Metropolis, 1927
Governments around the globe are working hard to develop guidelines and laws that will ensure the protection of your data, your information and you.
That has to make you feel about as safe as someone coming to your door and saying, “I’m from the tax service and here to help you.”
Actually, their work doesn’t make me feel good or concerned.

My information – and yours – is already out there. And we all keep adding to it voluntarily for them.

As Maria said, “There can be no understanding between the hand and the brain unless the heart acts.”

There’s no magic here, folks. You aren’t just giving your information to them, you’re shoveling it to them with your social media.

It’s all there in the cloud; and out the other end comes Big Data.

Thanks – It didn’t take much for social media to encourage you to give up all your information and share it with the world. Your mobile device lets you post/send your info to the cloud where it is combined with everyone else’s stuff to produce really Big Data.

Where does that stuff come from?

Today, it’s even bigger because Experian recently reported people spend an average of 27 percent of their time online in social media activities.

Where did we get all the other interesting facts? 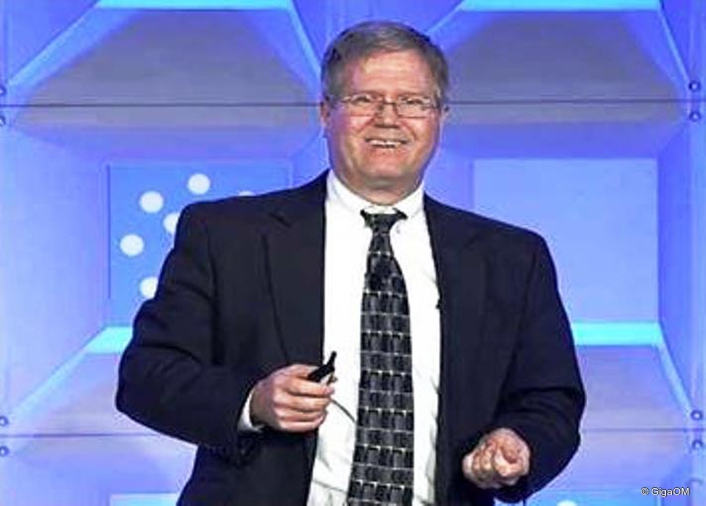 At Your Service – The CIA’s CTO, Gus Hunt, has a lot to smile about. People can’t resist things like social media and free services so they are putting huge volumes out there in the public domain (who really owns your data once you post it to the world?), making his job so much more fun than sneaking around and digging in garbage cans.

O.K., so he doesn’t look like Bond or any spy you’ve ever seen in the movies; but the CIA’s CTO Ira “Gus” Hunt was more than happy to talk about what his organization was going to do in collecting and analyzing all of the information people put on the Internet.

Government Agencies
First, he knew you weren’t going to stop the communications, posts and tweets.

Second, he has counterparts doing the same thing in every other country around the globe.

Marie commented, “But those who toiled knew nothing of the dreams of those who planned.”

Growth – Producing, duplicating and sharing content is irresistible to people when the cost of storing in the Cloud is so cheap, free even. With people spending an average of 16 minutes out of every hour on social media, the Big Data just keeps growing.

To make you feel better, at a GigOM conference he said, "You're already a walking sensor platform."
He explained that someone can know where you are at all times because you carry a mobile device … even if it’s turned off!
Hunt added that based on the phone’s sensors, you can be identified with complete accuracy by the way you walk, even if it’s someone else’s phone.
It probably works as well for your tablet, notebook/ultrabook. It must, because we now live with an Internet of things – everything is a sensor, everything is connected, everything communicates.

Those types of agencies save, analyze every digital bit/byte of human or other generated information.
All that any of the agencies have to do is say, “The critical national infrastructure—including water, electricity and gas networks—were vulnerable to hackers and the country could be hit by a cyber-9/11 or equivalent.”
And … BAM!!!!
They don’t really have to do much that is sneaky because it’s all out there, all public.
So if every government has agencies intent on gathering/using all the Big Data you put out there (there has to be a line item somewhere on their budget), what are your elected officials all up in arms about when it comes to your privacy?
Who else is watching you?
Oh yeah, businesses that get the best government money can buy. 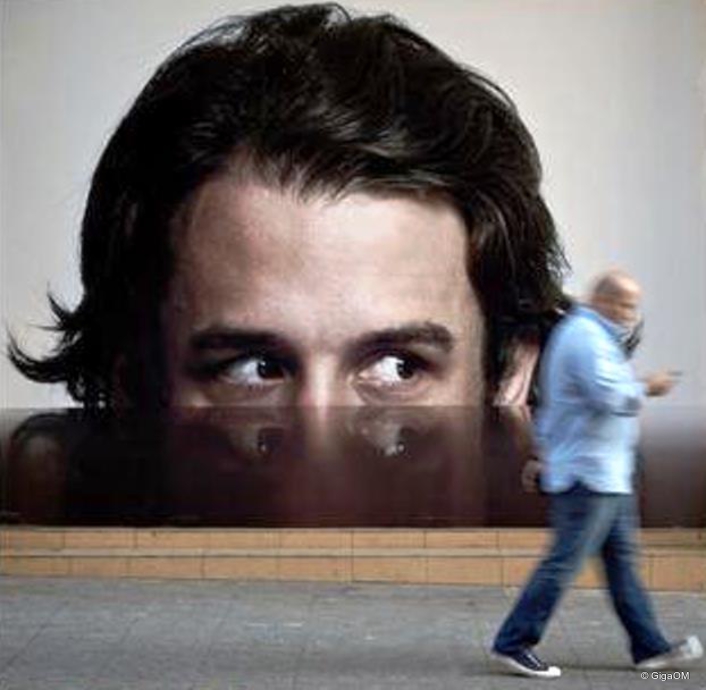 It’s Just Business – Businesses are becoming increasingly sophisticated at checking, reviewing and using Big Data that people give them willingly. All you have to say is free and people will use their devices to fork over their information, so being sneaky about it isn’t worth the effort.

Healthcare Potential
All of that Big Data can also be used in areas such as healthcare, B2B/B2C (business to business/business to customer) commerce and traffic management (it’s tough out there right now).
In healthcare, physicians could tailor drug doses to your specific medical history/needs.
Of course, that data could also be used to deny medical procedures because of your health history.
Maria commented, “The minds that planned the Tower of Babel cared nothing for the workers who built it.”
Then too, there are companies like Google, Facebook, Twitter, YouTube and data intermediaries who aggregate data and process it to produce optimal sales opportunities.
They also sell that information at the speed of light from computer to computer to increase sales opportunities. 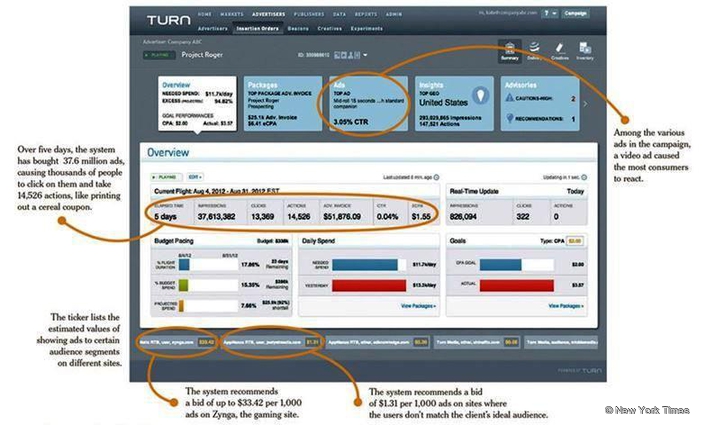 Audience Trading – Sophisticated companies have sprung up across the Web to do high-speed ad buying/selling  based on key details people readily provide on social media such as marital status, political parties, devices owned, buying habits, wants/needs and more.

Using high-performance computers and sophisticated analytic tools, they can understand the data and its sales potential.
Much of the privacy issues are raised because of your buying habits and activities, what you buy, where, when, how and other information when you purchase something online or with your mobile device – even when it’s in-store research.
Government regulators constantly develop things like the commercial privacy bill of rights, application/location privacy, social media/video privacy and similar acts/legislation to protect your privacy, even as you put the information out in the public.
About the only ones we really agree with without question are those that deal with personal financial and health records, which need to be protected from every hacker, whacker, cybercriminal, bank, insurance company, legal and other questionable characters.
Looking at the situation, Maria exclaimed, “The hymns of praise of the few became the curses of the many - BABEL! BABEL! BABEL!”

Smart Home
While all of this work-in-progress is going on, people are embracing all of the benefits of smart homes.
Suddenly your home/castle increasingly has a whole lot of newer, bigger holes in it. 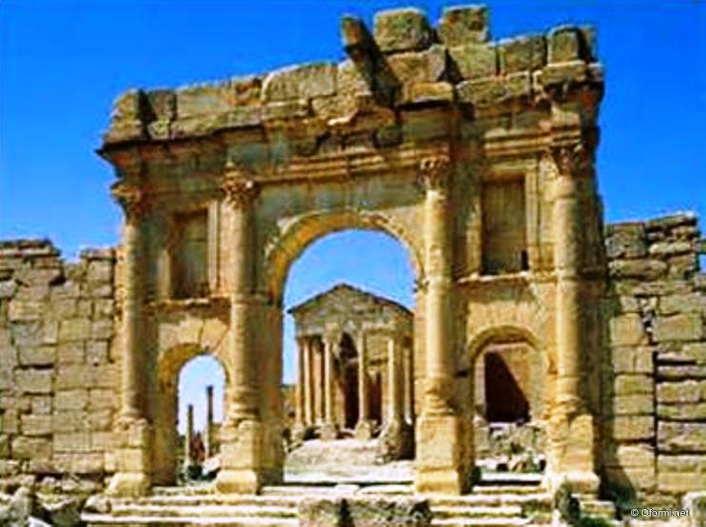 Unwalled Garden – It’s still sorta’, kinda’ true that your home is your castle; but with mobile devices and social media sharing, it’s extremely easy for any organization to determine what you have in your house, what you want, what you need.

For the most part, this won’t be one of your normal communications devices at work but sensors in your home designed to help control your energy usage/cost, follow your viewing/listening habits and more. 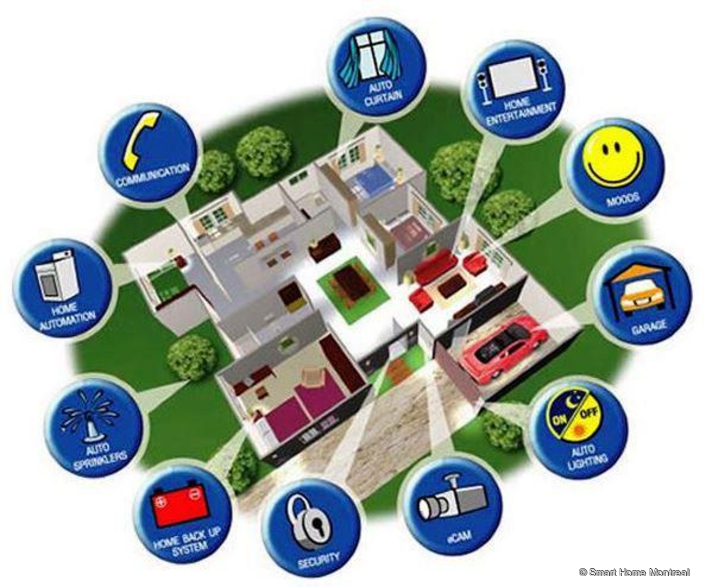 Connected, Talking – The new systems, services and capabilities that are being designed into smart homes make it easier for you to control your energy costs, entertainment and just about everything. And all of these sensors also send information to the cloud.

You’ve heard the old saying the walls have ears?
Well, maybe not your home’s walls but just about everything else in the house knows what’s going on--even when you’re not around.
We’ll bet you’ve got an app that lets you keep track of all of that information.

Smart Car
As if you didn’t have enough sensors sending information to you (and them), we’re now being offered smart cars with a whole lot of new, neat apps.
Think about it, now you’ll be able to monitor the health/well being of your auto, traffic activities, speed/good driving habits and anything you want to keep track of.
Car makers are adding data monitoring/gathering sensors in their cars that improve your driving experience and yes, it gives them information as well.
It will certainly make things easier on everyone when the industry minimizes all these and focuses on the primary source of data so they can produce optimum potential for everyone concerned. 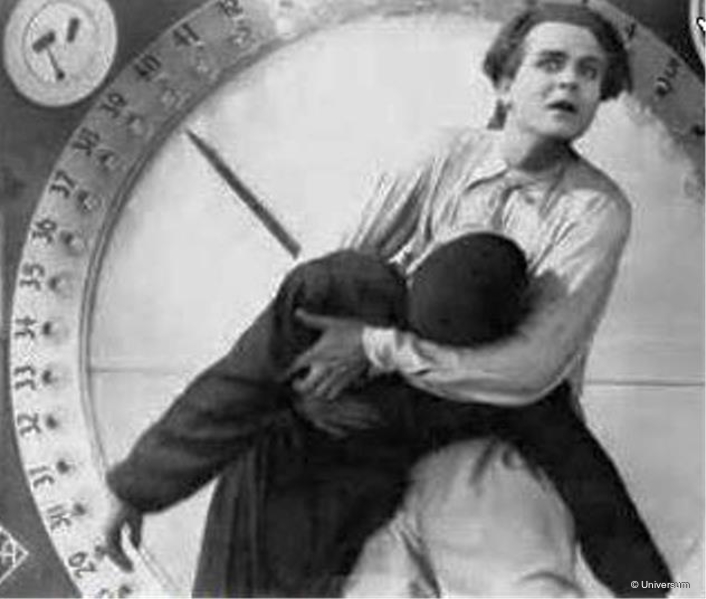 As the man at the night club said, “For her, all seven deadly sins!”
Right now, the more data that is captured, the more that can be learned and the better you will be served … and protected.
You’ve been lugging all that information, content around too long … need to get online!

Our Content is Overwhelmi...s, Needs to Be Controlled
Machines, Things, Big Data, Quants - Next Stop…
Content Anywhere, Anytime...ds to be Monetized, Saved