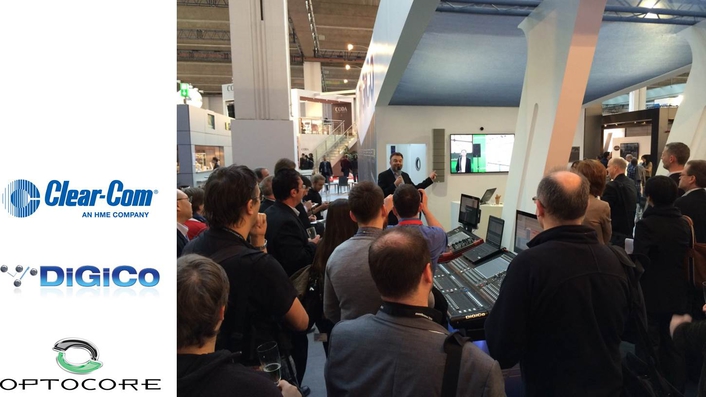 Live demo of the Optocore fiber ring between the Clrea-Com, DiGiCo and Optocore booth
DiGiCo announced the release of a new version of Optocore for all optically enabled DiGiCo consoles. This new format will provide connectivity to X6R, DD2FR and DD4MR units, allowing Optocore devices to live on DiGiCo’s optical loop.

DiGiCo and Optocore will revealed the new software on the DiGiCo’s stand at ProLight+Sound, users were able to see each Optocore interface as a part of the DiGiCo-Optocore network, showing how their X6R and V3R mic preamps can be controlled directly from the console. Using fibre connection between DiGiCo and Optocore booth all visitors were able to see the real remote preamp application – the remote X6R mic preamp on the Optocore booth was controlled from the console on DiGiCo’s booth.

“Users can add a simple Optocore 16-channel X6R-FX interface to the DiGiCo network to provide additional I/O connectivity together with Ethernet and RS485/422,” explains Optocore Application Engineer, Maciek. “They can also use Optocore cost efficient DD2FR-FX and DD4MR-FX MADI interfaces to increase the number of MADI ports available on the console.”

DiGiCo is the only console manufacturer to benefit from OEM Optocore and is running the native 2.21 Optocore protocol.

“The best way to demonstrate just how easy the system is to use is via live demonstrations,” says DiGiCo managing director James Gordon. “So we connected the DiGiCo booth to the Optocore and Clear-Com booth via an Optocore loop for audio, with a BroaMan Route66 core router for the video.” 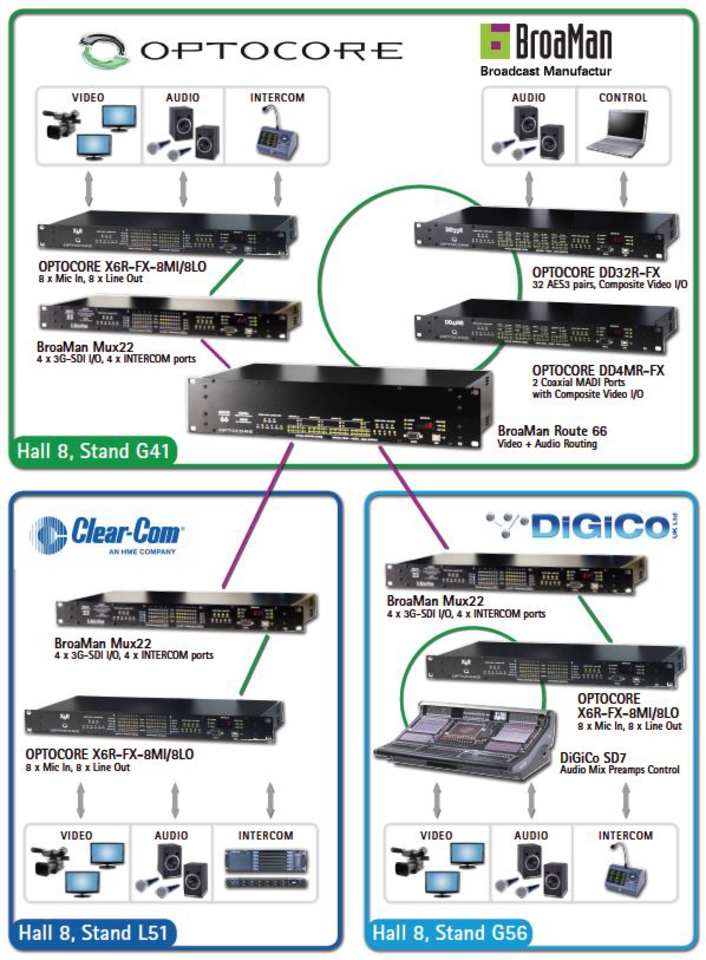 The Optocore fiber ring at ProLight+Sound 2014

“As a result of this large network we were able to provide video, audio, intercom and data connectivity between all booths,” concludes Janiszewski. “I believe this was the first time that anything on such a scale has been implemented.”