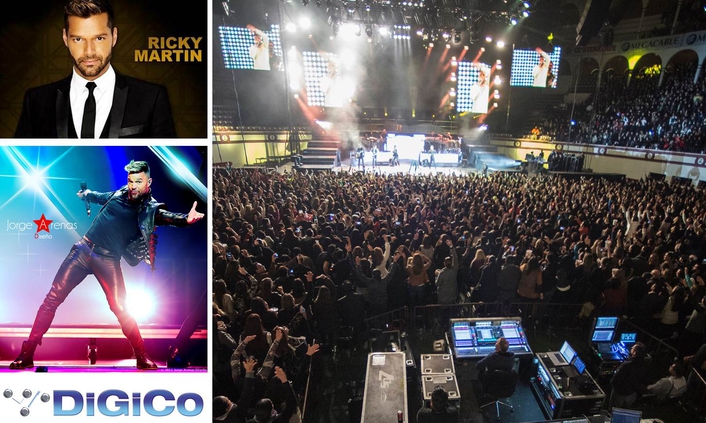 .
Coinciding with his stint as a coach on the fourth series of The Voice Mexico, Ricky Martin has been playing sell-out shows in Mexico, Chile and Argentina this autumn. DiGiCo helped to ensure that mix engineers ‘Privet’ Hedge and Steve May had the tools they needed to make the shows a success.

Forever most associated with global 1999 hit Livin’ La Vida Loca, the Puerto Rican singer retains huge popularity in Spanish-speaking countries. Front of House engineer ‘Privet’ and monitor man Steve used their usual DiGiCo SD7s on the Mexico shows, but the ‘fly in‘ shows in Chile and Argentina meant they had to source consoles locally.

Privet and Steve are committed to using DiGiCo mixers, so the company’s Fernando Delgado helped them to source SD8s in Chile and SD10s in Argentina. 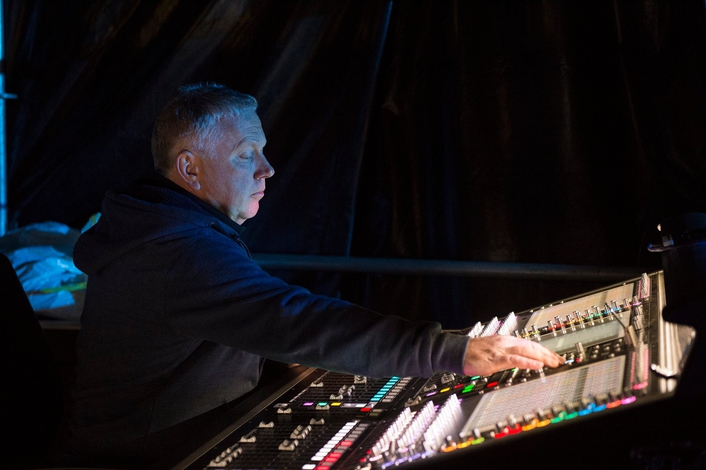 “There is much talk in the business about which manufacturer's desks have the best sound, which have the best ergonomics, etc,” says Privet. “There are popular consoles that sound pretty ordinary and offer no features, unless you are prepared to spend a fortune buying plug-ins to make them sound good. Then there are others that have fantastic pre-amps, but the user interface is so clunky and awkward to use that the sound quality is almost academic.

“But then there are DiGiCo SD consoles. They sound fantastic and the user interface is an intuitive masterpiece. The onboard effects and dynamics are excellent and the scope is detailed and comprehensive - particularly since the most recent software update, which we both insist on being uploaded to any DiGiCo console we use.”

He continues, “Another huge step has been the Converter software. With each of the last three artists I have mixed - Jeff Beck, Anastacia and Ricky Martin - I have used at least three different types of SD console on each tour - and they have all sounded brilliant. Beyond the audio quality, the ease with which different DiGiCo hardware conforms is crucial in fly-in shows. And of course, as has always been the case, instant tech support is excellent." 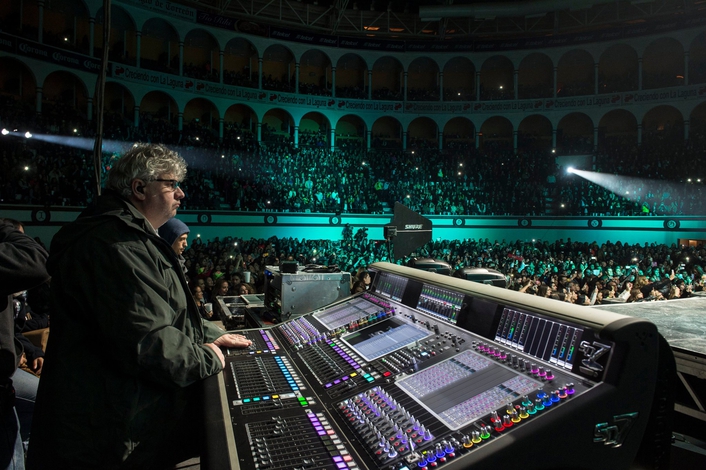 With over 80 inputs, Privet and Steve use two SD-Racks each. Complementing the onboard effects, Privet uses an Avalon 737 channel strip and Bricasti M7 reverb on Martin’s vocal, with a Waves MaxxBCL compressor on the main outputs, plus an XTA GEQ600 into a Meyer Callisto array processor for zone distribution and EQ.

“The only automation I really use is for input mutes and VCA faders for each song. The band is excellent and Ricky is an outstanding singer, so after the basic snapshot VCA fader positions, I just mix them. There are the odd EQ and dynamic automations within the playback loop tracks, but very little otherwise,” says Privet.

“Flying in for two shows in Santiago and another in Buenos Aires during the run in Mexico was a taxing schedule,” Privet concludes. “But all the shows went very well and we’re really grateful for Fernando and DiGiCo’s help in sorting us out with real consoles!”