Donald Dilocker, Managing Director at DELEC GmbH
2013 Anniversary Year of the SALZBRENNER STAGETEC MEDIAGROUP up Ends
This year, DELEC Audio- und Videotechnik GmbH has had good reasons to celebrate: 2013 marked the 25th anniversary of DELEC’s establishment. Back in 1988, company founder Donald Dilocker realized that there was a real need for digital announcement and intercom systems. In 2002, his company merged with the SALZBRENNER STAGETEC MEDIAGROUP.

Today, DELEC products are found in prominent installations in as well studio as mobile broadcasting, theatres and public-address systems in stations, parks etc. ...
Customers include the BBC with a number of large production facilities; the OB Truck fleet of tpc, RTS, and RSI in Switzerland; the Bolshoi theatre in Moscow; the City of Sydney (Australia) with numerous installations in railway-stations; and many other great names from all over the world. 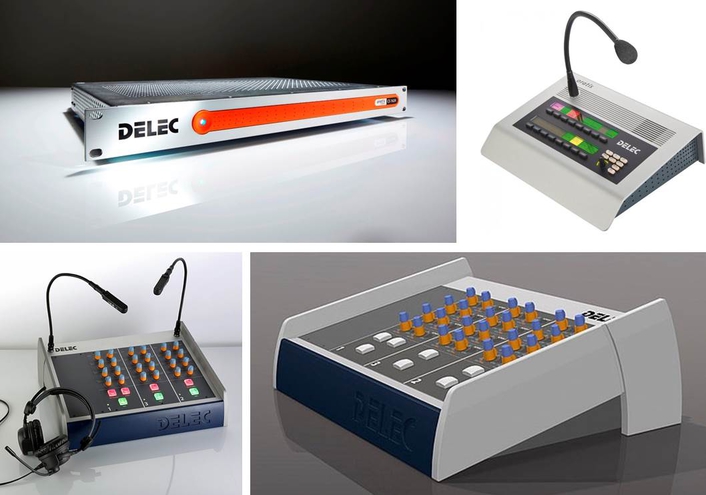 The latest addition to the product line is the oratis compact, an intercom unit with smallest footprint that offers maximum performance with minimal configuration efforts. The oratis compact was introduced at the IBC in Amsterdam, the AES Convention in New York and the NAT EXPO in Moscow in November. With maximum component density (120 ports on a single 19" unit), the oratis compact provides highest cost efficiency for small scale projects in both theatre and broadcast. Furthermore, each oratis compact system can be cascaded with other oratis frames, thus ensuring future extensibility. This results in an unprecedented protection of long term investment.
DELEC’s oratis compact won the TVB Europa’s Best of IBC 2013 award in the audio category.