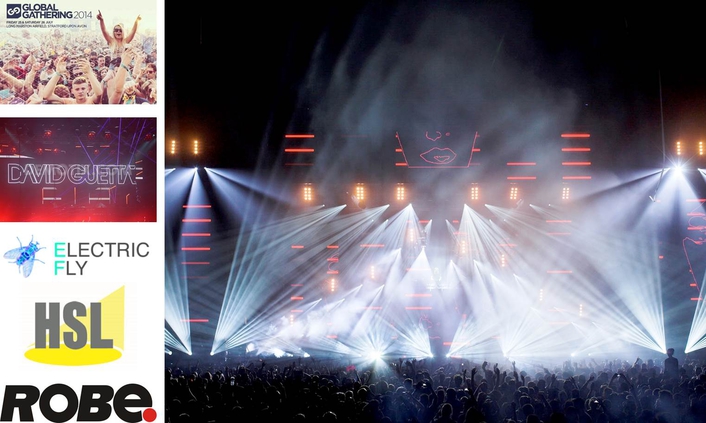 24 x Pointes were dotted around the rig and used as a major lighting feature
David Guetta rocked the house in grand style for his headline slot in The Hangar on Friday night of the 2014 Global Gathering event – the UK’s most popular bass-tastic EDM festival – staged at Long Marston Airfield near Stratford-On-Avon… complete with a stunning new visual design created by LD Jonathan “Leggy” Armstrong and Video Director Ben Brett … with over 100 Robe moving lights on the rig!

This performance launched a completely new phase of the superstar DJ and music producer’s live shows, and the idea was to make a massive sonic and visual impact… even more than usual, for a show known for its spontaneity, pumping energy and full-on sensory rhythmic experience. 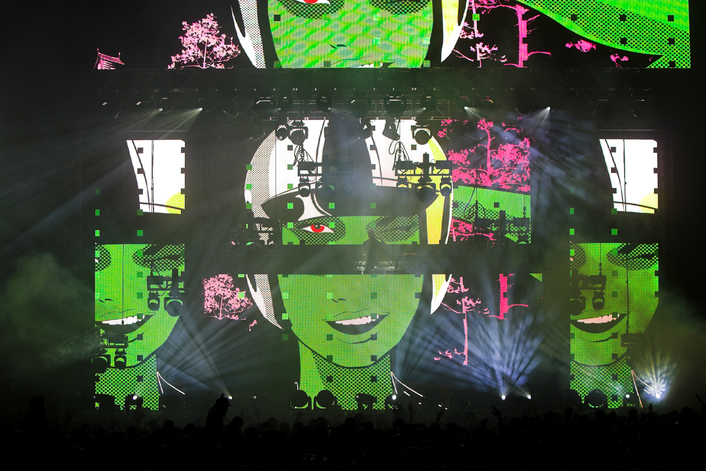 Due to Guetta’s gig schedule – effectively a constant tour which can incorporate up to five countries a week - his production team use local suppliers everywhere, so the spec for the new show is also based on being able to source the kit in most corners of the world. 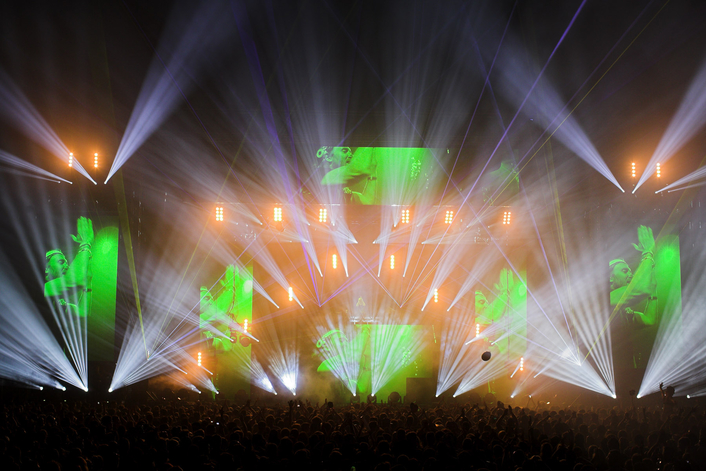 The jaw-droppingly intense show features fabulous, funky visuals played back in real-time via the unique Pilot media system, custom developed for this show. In this case, these images, plus some camera IMAG filled seven LED screens that were arranged around Guetta’s mix-lab on top of a three metre high riser at the hub of the action.

To maximise the potential of the performance space for the Global Gathering showcase, Leggy specified eight trusses which were flown on a Kinesys motion control system and moved throughout the show changing the architecture and shape of the space.

The Pointes and the MMX Spots were dotted all over these, with some on the stage floor.

The MMX Spots were used for all the signature texturing layers of the show, their brightness holding their own against the intense output of the screens, strobes, blinders and other dazzling visual elements. “They are absolutely brilliant for providing the more subtle ‘base’ looks of the show,” enthuses Leggy – he and Ben very much approach the show similar to painting a work amalgamating a cacophony of lightsources.

The 24 x Pointes were dotted around the rig and used as a major lighting feature. 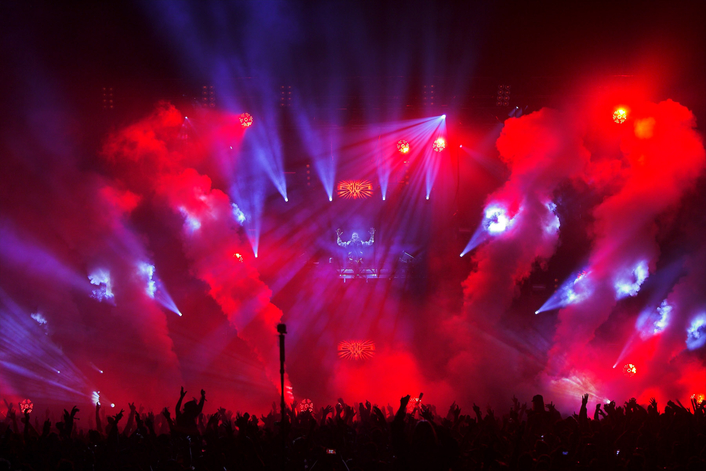 “They are just sooooo versatile,” says Leggy, “Because they can properly be a beam, wash, spot or effects light it’s actually like having four times the amount of lights at your disposal! They are also mega-bright and a perfect complement to the MMX Spots.”

They were used for the huge all-encompassing beamy looks that captured the massive energy coming off the stage and transported it like a kinetic force field into the audience. 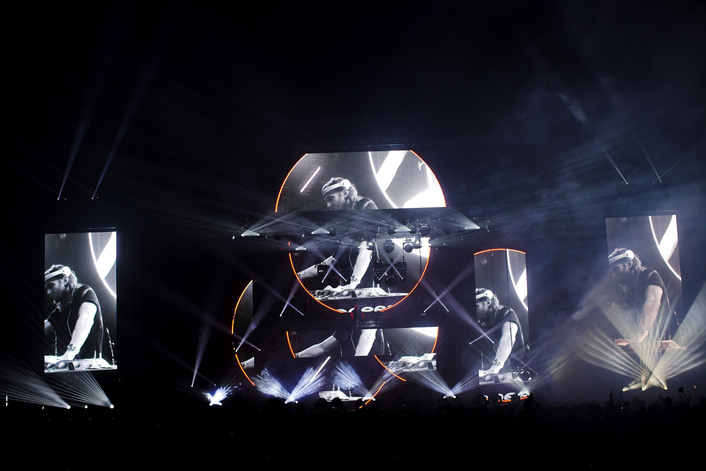 Also bringing their own punctuation points for the show were the little LED Pars, which were outlining four vertical trusses that framed the external two portrait LED screens and the inverted pyramid of four horizontal LED screens below the DJ riser. “They were perfect for defining those areas onstage and also for filling some of the voids where it was physically difficult to fit in other lights,” explains Leggy.

He ran the whole show completely ‘live’ on a Hog 4 console and playback wing. There is not a sniff of timecode on this show - no-one knows what Guetta is going to play each night and the perfect timing and fluidity of the effects is down to the incredible synergy between lighting, visuals and an amazing sound, which is mixed by Hassane Es Siahi. 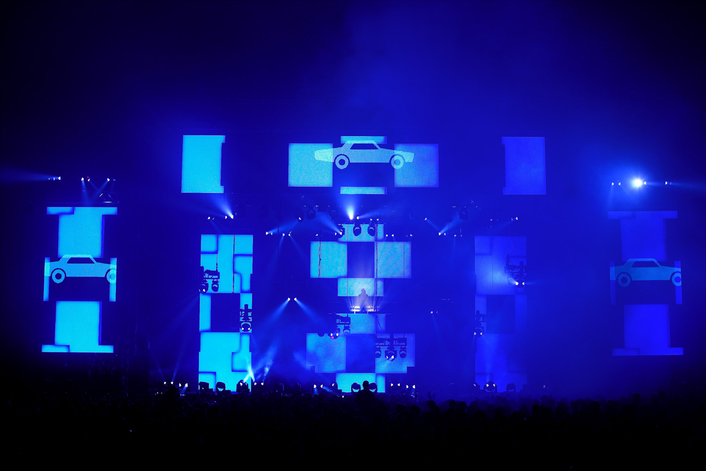 Lighting equipment for The Hangar – and all the other main arenas at Global Gathering 2014 - was provided by HSL via Electric Fly Productions.

David Guetta’s ongoing touring work continues. That same weekend, after Global on the Friday, he played Barcelona on the Saturday and Tomorrowland in Boom, Belgium on the Sunday – relatively lightweight in terms of distances for an average Guetta weekend!

The new show plays Europe festivals through August, moves to a residency in Vegas before hitting it hard in Latin America in November – where he is also universally popular, and the shows will often utilise Robe fixtures.

Masterminding the David Guetta phenomenon on the road is Production Manager Alan Green.