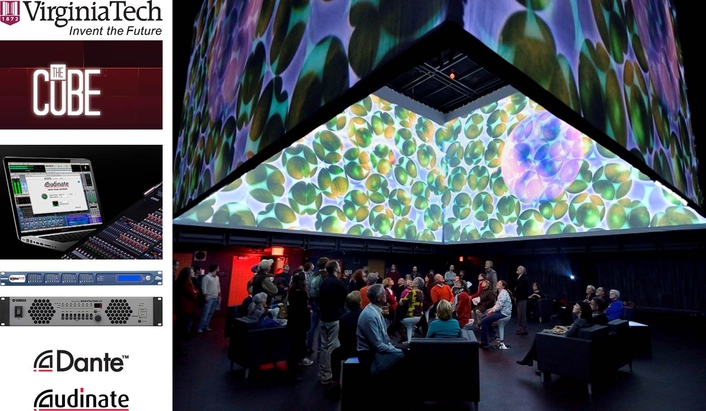 The Cube” integrates cutting-edge technology to serve multiple creative platforms for faculty, students and guests
The Institute for Creativity, Arts, and Technology at Virginia Tech has turned to Audinate’s technology to establish a robust, multichannel Dante network for new immersive facility, The Cube, a unique four-story theater and high-tech laboratory with one of the highest-channel count 3D audio systems in the world. Featuring multi-screen video and 3D sound from 145 loudspeakers, the cutting-edge, multipurpose facility launched this semester to bring creative artists, educators and audiences together. Dante media networking plays a key role in the university’s goal of complete immersion across various research, experimental and live performance projects taking place in The Cube – while reducing overall costs and labor in the process.

The Cube’s unusual dimensions (50’ w x 40’l x 32’ h) and high loudspeaker count ignited discussions early in the project about how to effectively move and control audio across the space.  The Cube’s highly adaptable space required an audio distribution solution with extensive reach and a highly flexible architecture to ensure creative freedom across a multitude of projects. The engineering minds at Virginia Tech’s Institute for Creativity, Arts and Technology joined forces with consulting firm Arup to address the challenge, architecting a solution to support the cutting-edge data exploration, intimate performances, audio and visual installations, and experiential investigations that happen regularly in The Cube. 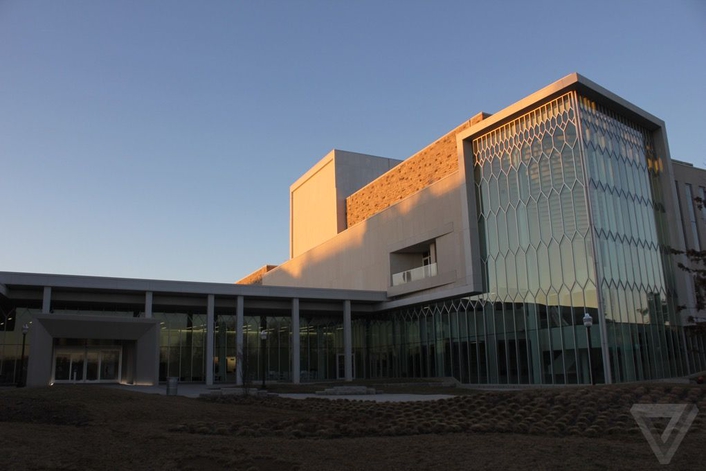 “The Cube is unusual because it’s built like a traditional black box theater, but often used for heavy-duty scientific and next-generation research that’s collaborative in nature,” said Tanner Upthegrove, the media engineer at the institute. “We needed a robust infrastructure to support everything we set out to accomplish in this facility. We started by running Gigabit Ethernet across the facility, with fiber analog audio and digital video connections throughout. It quickly became clear that Dante would allow us to leverage our planned network without headaches, while being the most cost-effective and technologically sound means of achieving our vision for immersive 3D audio experiences.” 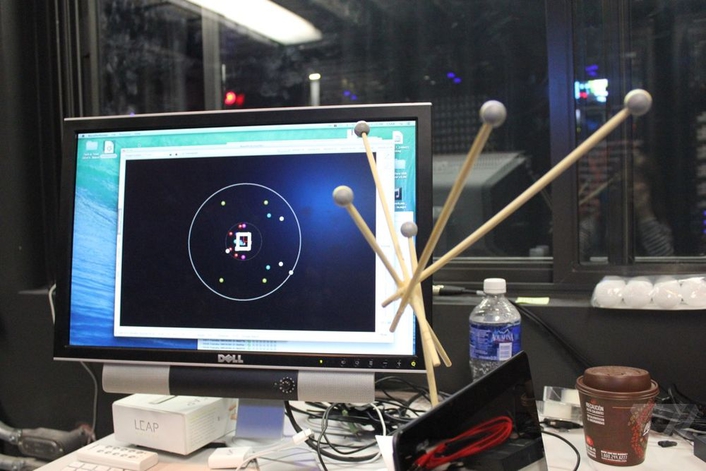 Arup and Upthegrove’s colleague and audio supervisor for Virginia Tech’s Center for the Arts, Rob Gainer, suggested that Dante would cost-efficiently address the requirement for reliable networking across the large spatial audio installation. Following evaluations of various networking technologies, the team confirmed that Dante would offer faculty, students, and visiting artists and researchers the freedom to work at any position in The Cube.

Dante is agnostic for the user, so most contributors can use the network with either network-enabled hardware or the Dante Virtual Sound Card on a computer,” said Upthegrove. “That’s very important here, since we aren’t always aware who will come into the facility and plug into the system.”

The Dante network includes Yamaha XMV 8280-D amplifiers, which can drive eight speakers from a single Dante connection; and Dante-enabled BSS BLU 806 digital signal processors, which allow users to effortlessly route signals across any location in The Cube.

Denis Blount, acoustic and AV designer at ARUP, notes that Dante was a natural fit for the Gigabit Ethernet infrastructure put into place. Importantly, that infrastructure did not have to be supplemented to implement Dante, reducing complexity across the board.

“The luxury of working within a space of this size is that we had the freedom to create a unique, high-capacity immersive audio system, so we were looking for maximum flexibility and scalability at a low price point,” said Blount. “Dante was the obvious choice compared to other solutions.  We could use the switches and Cat6 cabling that were in place, and it gave us the ability patch and reconfigure on the soft side as required. The team at The Cube do not have to do much on the physical side moving forward. That buys them a lot of future flexibility, and keeps their total cost of ownership very low over time.” 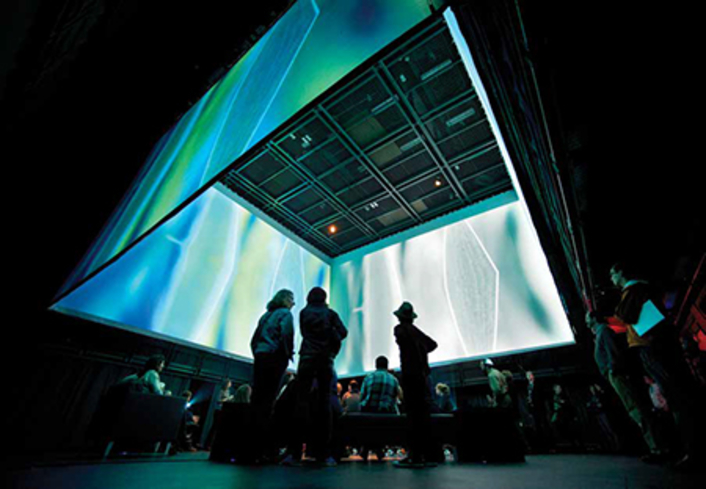 Upthegrove also emphasizes the cost-reducing benefits – notably requiring only 15 percent the amount of copper wiring that an all-analog installation would need - as well as scalability, with Dante enabling nearly limitless possibilities moving forward.

“The Dante network and its corresponding hardware reduces the costs and labor of buying and running cable, and eliminates separate converters and peripheral equipment that would otherwise drive up expenses,” said Upthegrove. “We’re using off-the-shelf networking components to fuel the topology, which is very convenient and very inexpensive. And as we expand beyond 145 audio channels, it’s as easy as plugging a device into the switch and add another Dante soundcard. Just like that, there are dozens of additional channels. It’s very simple, and we’re well-prepared for future expansion.”

About Audinate
Audinate revolutionizes AV systems to enable our customers to thrive in a networked world. Audinate’s Dante media networking technology has been adopted by the leading OEM manufacturers and the dominant networking technology in the professional audio/visual industry. Dante is used extensively for live performance events, commercial installation, broadcast, recording and production, and communications systems. Audinate offices are located in US, United Kingdom and Australia.