“The core or this project is in full 1080i high-definition," explains Bjarne Pedersen, Systems Sales Director, Danmon Asia. "The station is designed and equipped to accept, store, post-produce and transmit content in any format and any aspect ratio. We have provided dedicated outputs for terrestrial and satellite delivery as well as streaming both via video-over-IP and to mobile viewing platforms. The new broadcast centre is equipped for live production as well as file-based editing, archiving and playout."

The studio stage and news studio are equipped with Canara studio lights and light-control plus Panasonic AK-HC3500 studio cameras on Miller wheeled tripods. The cameras can be routed to EVS slow motion servers or direct to Ross vision mixers. Panasonic AG-HPX600 and AG-HPX250EJ P2 camcorders are used for electronic newsgathering. 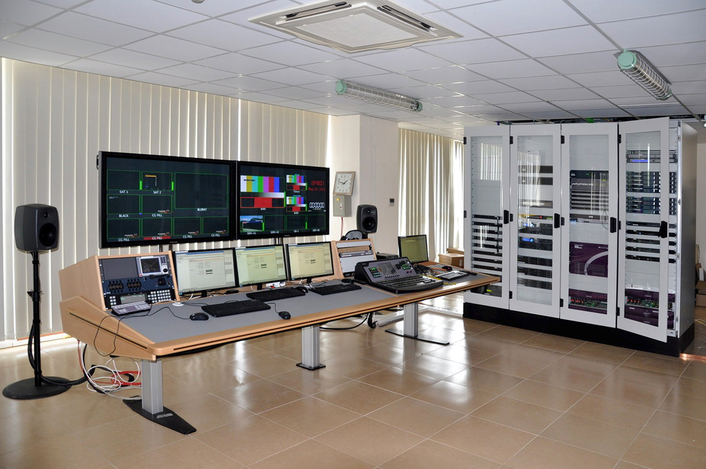 Playout is controlled from the continuity suite which houses a Miranda transmission switcher, control system and monitoring. A Miranda Intuition graphics system is available in the production suites as well as in continuity. The central apparatus room is closely coupled to the continuity suite and master control room. The CAR houses equipment mainframes, the Harris servers and Miranda glue. Audio monitoring in all production suites is via Genelec loudspeakers.

Lào Cai Radio & Television is based in the city of Lào Cai, capital of Lào Cai Province. The city is located in the northwest region of Vietnam near the border with the Yunnan province of southwest China.