Crossing the Serengeti with the Studio 9+9 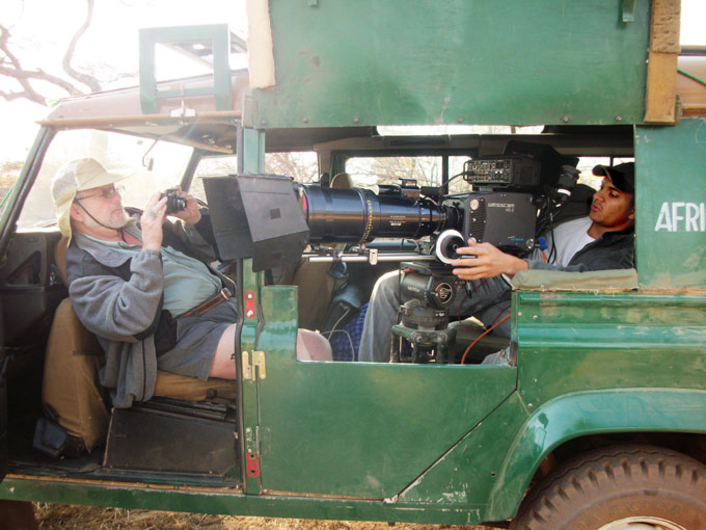 In a Land Rover equipped for filming, the Sachtler Studio 9+9 fluid head can put its versatility and flexibility to the test
Robert Primes ASC, a senior lecturer in cinematography at AFI, Dan Kneece, SOC, president of the Society of Camera Operators, and young cinematographer Yousef Linjawi worked together on a documentary about the Serengeti, which translates to “endless plain” in the Maasai language. The equipment included the Studio 9+9 fluid head from Sachtler, a Vitec Group brand.

Primes explained, the team’s goal in Tanzania was to “capture the beauty of another culture, one that includes the emotions of mothers, fathers and children, the drama of survival and the joy of living without the sometimes questionable complexity of the human condition.”

The team put together a versatile camera package supplied by Clairmont Camera, Fujinon, Weisscam, Canon, Panavision and others, that included the Sony PMW-350 with a Fujinon’s 25:1 zoom and image stabilizer, and the Weisscam HS-2 high speed camera with the giant Panavision 135-420mm T2.8 lens.

…in the right combination

“We chose the Sachtler Studio 9+9 heads for both cameras because of its incredible versatility and range. The Sachtler 9+9 Studio heads might be thought of as overkill for a documentary,” Primes admits. “However, with the heavy Weisscam sporting a 70 pound lens, and the EX-350 sporting a 2500mm lens (35mm equivalent), it was exactly what we needed. The heads are so versatile they can perfectly balance almost anything. We also carried some marvelously sturdy yet lightweight Sachtler carbon fiber legs, even though the bulk of our work would be done off the camera cars.“ 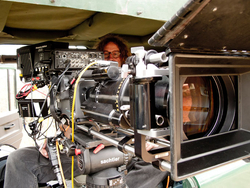 Due to the wild and dangerous animals, the team had to realize the biggest part of the shooting from inside the vehicle. The Land Rovers were configured so that the team had about a 90-degree angle of view out the side of the vehicles. As the name indicates, the Studio 9+9 features nine levels of extra-powerful drag. Levels two to seven are fairly fine, while the jump from levels seven to nine is much greater. The fluid head also features a sliding plate, which has an integrated spindle drive. Centering the camera weight is quickly and easily achieved by sliding the mounting plate into place, and fine tuning with the spindle drive if required.

With such well chosen equipment that was firmly installed in the Jeeps, Dan Kneece, the cameraman, could get everything from full eyeball-close to an elephant to a duck with a dozen of her tiny ducklings playing in the water to beautiful gazelles, hyenas, lions, zebras, hippos, impalas and more”.