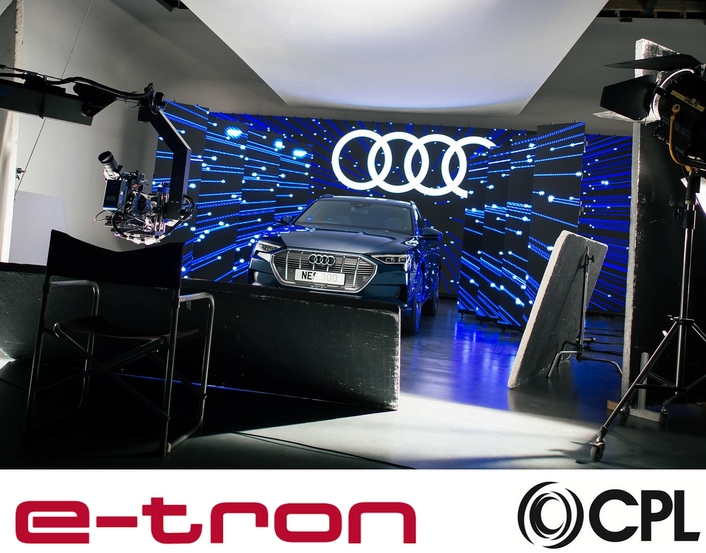 Cameras were supplied by Second Sight and directed by Derek Gruszeckyj

Working with media production company Second Sight, technical specialist CPL supplied its Roe 5mm LED screen and a disguise media server as a fully flexible and creative solution for a 2-day video shoot at Moorland Studios in Worcester, UK. The purpose of this was to create content for upcoming Audi dealership events during the launch of their much-anticipated e-tron SUV, the first fully electric car available from Audi.

It started with conversations between CPL’s project manager Lee Gruszeckyj and Second Sight’s Guy Shayler, and the original idea for the shoot was to have a high clarity LED backdrop showing graphics and imaging behind the car as the studio footage was shot and compiled.

The Second Sight team then suggested utilising light from the content playing out on the back-wall video display plus a series of portable totem LED towers placed around the space as the main light sources for the shoot.

They thought that they could also use video for other interesting effects like outlining the contours and striking lines of the vehicle with strips of footage … to create something different, fresh and visually dynamic.

Lee and CPL then went on to suggest the best products to achieve the effect and create a 3D visualisation and mock-up in the disguise.

With this plan hatched, once in the studio, in addition to basic key lighting, CPL installed a 12-metre-wide by 4.8-metre-high video wall made up from their Roe CB5 5mm screen. This proved ideal to run all the high definition 4K footage and motion graphics content that had been created by Second Sight and Audi, which CPL programmed onto the disguise server. 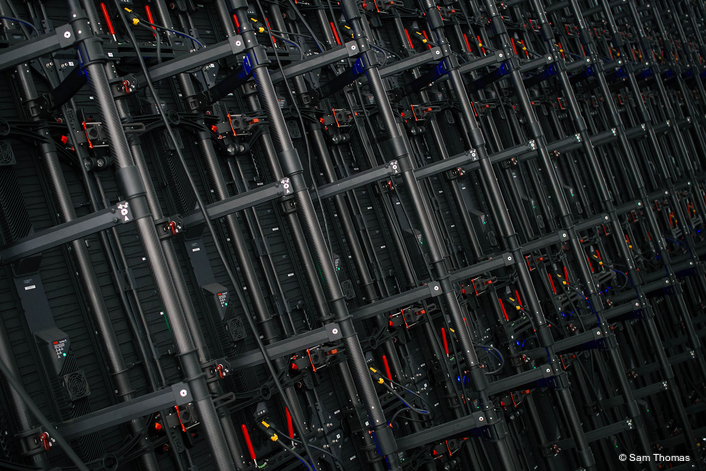 Two sets of four portable totems were also constructed in the studios – 8 in total – all clad with the same high-quality Roe 5 mm screen surface and each measuring 3.6 metres high and 60 mm wide. These were moved around and positioned to get the best angles and reflections on the e-tron vehicle. 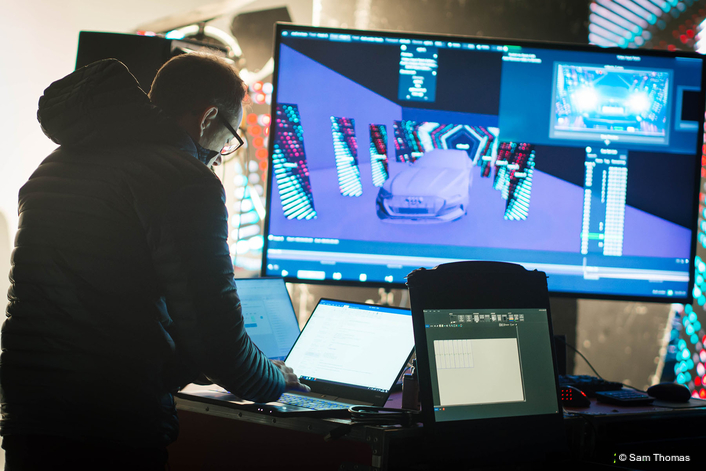 Mostly, the totems were placed either side of the car in an asymmetric arrangement, sometimes in blocks and often offset or staggered, positioned to create the coolest and most imaginative looks as the video content bounced and reflected off the highly polished vehicle.

Utilising the disguise, Lee, Guy and the team could colour balance and match all the video footage across the various LED surfaces and - through diligent mapping of the vehicle, position and reposition it for the best effects. 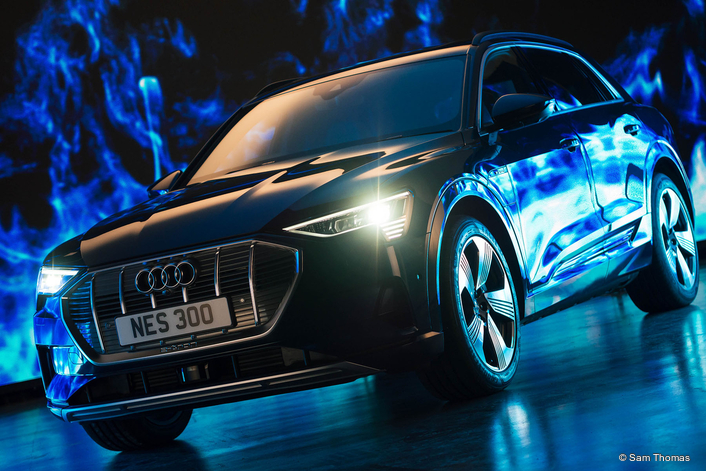 “It was a highly adaptable system that offered multiple options” commented CPL crew chief Mike Radford who oversaw the operation on site. It allowed everyone to work efficiency and record numerous different effects that can be further refined and edited in post. 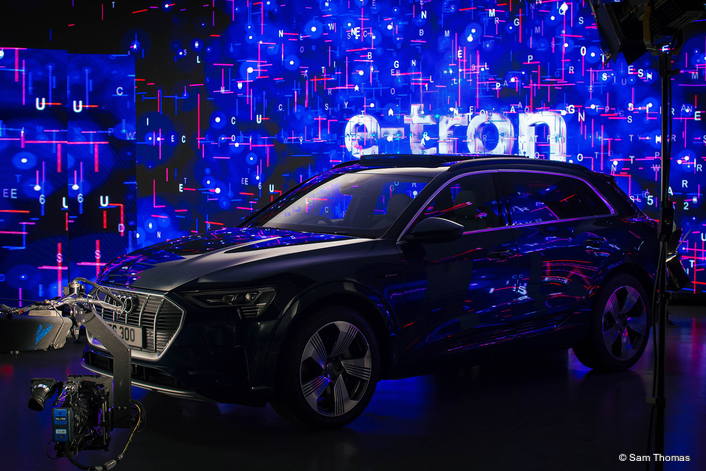 Highlighting the car with carefully focussed video sources and their associated ambient lighting, combined with minimal key lighting brought a stylised high tech look in addition to adding drama, depth and dimension to the ‘master’ video picture, energising and bringing the e-tron to life.