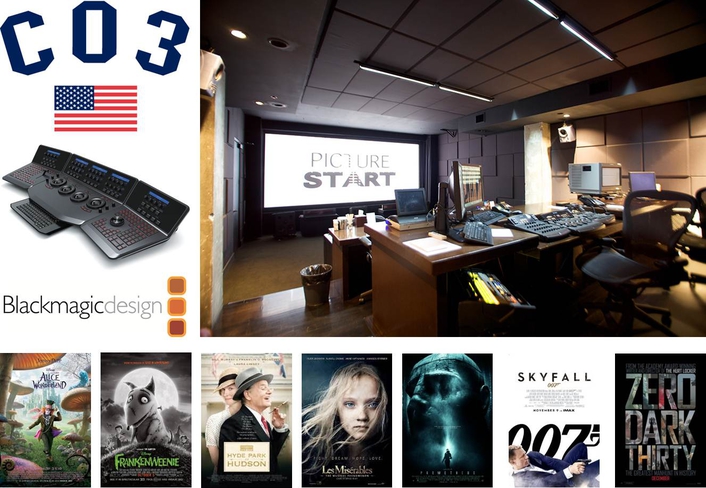 .
Blackmagic Design announced that DaVinci Resolve was used on several of the 2012 holiday season's biggest films finished at Company 3, including "Les Misérables," "Zero Dark Thirty," "Hyde Park on the Hudson," as well as the recent global blockbuster "Skyfall."

“All our colorists use DaVinci Resolve because it gives us the performance and support we need in order to handle all the work that comes our way within always demanding deadlines,” says Stefan Sonnenfeld, Company 3's president and founder. “And there's no time where that's more true than the holiday season,with blockbusters coming one after the other.”

Company 3
Company 3 provides high-end post production services to feature film, commercial, music video and television clients. The services include all aspect of post including online conform, color correction and VFX compositing. Company 3 is home to one of the largest and most talented pools of colorists and visual effects artists in the industry.