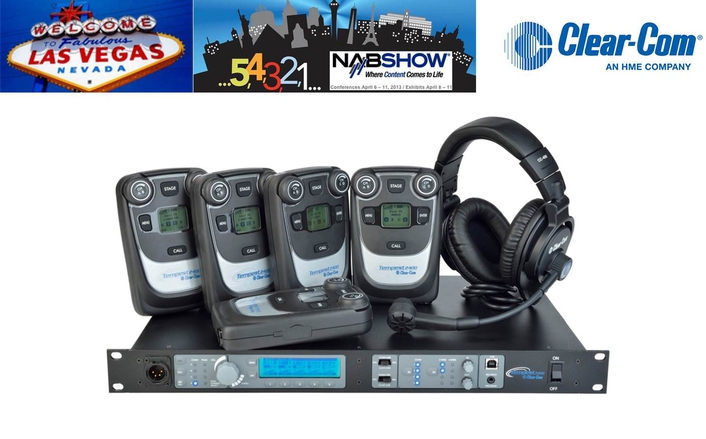 Recent Updates Include a Remote Line Extender and New BeltStation for the Tempest900
Clear-Com®, a global leader in critical voice communications systems, announces further enhancements to its Tempest Digital Wireless Intercoms at the 2013 NAB Show (Booth C8008). Included among the latest offerings are a new Tempest®900 BeltStation and a Remote Line Extender. These solutions further enhance the systems’ use for broadcasters requiring ultra-portable wireless communications in RF-rich environments.

The Tempest line of feature-rich wireless intercoms comprises the 2.4 GHz Tempest®2400 and the 900 MHz Tempest900 wireless systems in either a two- or four-channel offering. Both Tempest systems deliver cutting-edge RF technologies to ensure interference-free communications for mobile productions and broadcast facilities. The Tempest2400 offers a Seamless Roaming feature, which provides broadcasters with continuous wireless coverage across an expanded production space. The Seamless Roaming feature allows BeltStation users to migrate between as many as 16 different Tempest BaseStations (coverage areas or zones), allowing audio professionals to focus on critical production cues rather than on the settings of their wireless BeltStations. This gives them the ability to move freely and wirelessly throughout large venues separated by large distances, such as multi-studio complexes and sports arenas. Both Seamless Roaming and iSelect Roaming are available to accommodate virtually every application need. 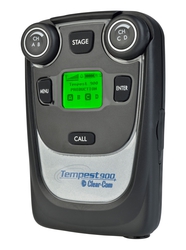 As part of a continuing effort to expand the Tempest system further, Clear-Com is introducing the latest Tempest900 BeltStation. Equipped with an advanced Planar Inverted-F Antenna (PIFA), the new BeltStation has an increased range, allowing more wireless coverage. Becoming increasingly more popular in the mobile phone market, a PIFA is low profile and has an omnidirectional signal pattern, which means it can receive a connection from any direction. Backwards compatible with Tempest900 firmware version 3.0, the new BeltStations will continue to operate within the 900MHz frequency band and are fully compatible with all versions of the Tempest900 BaseStations and BeltStations. The longer wavelengths and wider symbol width in this band allow the system’s signals to break through dense walls and other structural objects more readily, increasing the range for users and reducing any potential loss of audio. 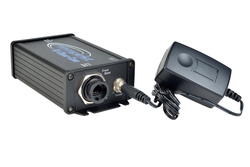