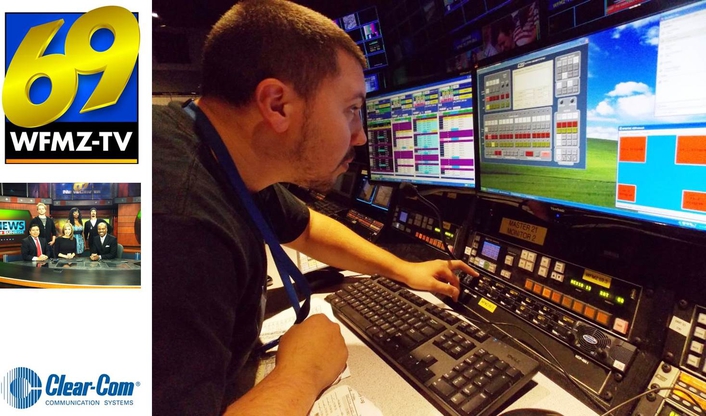 Station Employs Eclipse-Median and Concert to Help Employees Collaborate between Main Facility and Reporting Bureau
Clear-Com® today is pleased to announce that WFMZ-TV, an independently owned TV station in Allentown, Pennsylvania has successfully implemented a full-scale Eclipse® digital matrix intercom system and the Concert™ Software Solution over an IP connection. Production team members at this station can now collaborate efficiently and seamlessly with crew members at the station’s remote reporting bureau several miles away.

WFMZ has deployed Clear-Com’s Eclipse-Median digital matrix intercom and the Concert Intercom-over-IP software solution to create an integrated communications infrastructure. The Eclipse-Median frame was installed in their main studio. V-Series key panels at the station’s bureau are connected via IP to the V-Series key panels in the main TV studio at various positions: a control room, an editing suite, the audio room, the studio, or other areas of the building.  Whenever the crew needs to expand the system at any location, they can simply add V-Series key panel over IP for more users.

“When it comes to IP connectivity, Clear-Com is far ahead of the competition,” says Brian Dewalt, Director of Engineering for WFMZ-TV. “I felt as though the equipment we were installing was more advanced compared to other solutions out there. Quite honestly, I was blown away by its many capabilities. Since all our staff members are now using the Clear-Com Eclipse-Median and Concert, the news bureau can immediately talk to anyone in the main station as if they were in the same facility.” 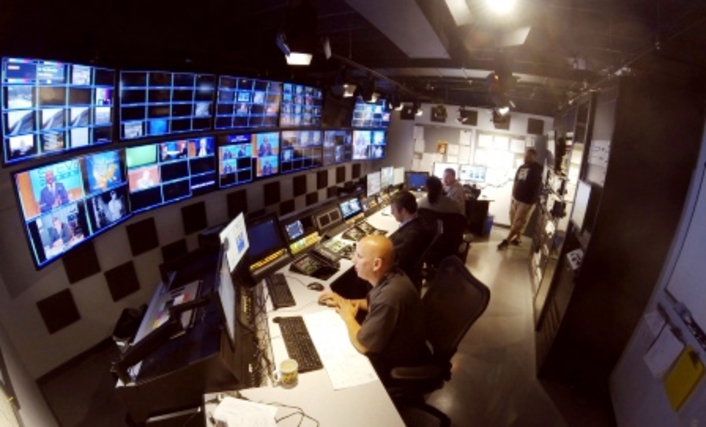 Dewalt also notes that the Eclipse-Median’s Eclipse Configuration Software (ECS) has improved the station’s workflow, particularly during such special event broadcasts such as election coverage. “The Eclipse Configuration Software gives us an easy and fast method of configuring our communication setup. With the old intercom system, another engineer and I would have to dedicate many hours before a special broadcast to program the intercom system. Now, our engineer can make the changes in a few minutes.”

Dewalt adds, “I have gone through one election now with our news director using the new system. He was impressed because for the very first time, we were able to talk and listen reliably with intercom. The intuitive user interface and character labels on the V-Series panels also made our jobs so much simpler.”

“With television stations, time is always of the essence. WFMZ-TV needed to purchase the system and have it installed and ready for use within a three-day time period,” says James Schaller, Clear-Com’s Regional Sales Manager for the Northeastern United States. “We were able to deliver and have the station up-and-running in a short time frame. This was not only because of the intercoms’ ease of setup and configuration, but also because the systems and user key panels are very intuitively designed.”

Clear-Com®, an HME company, is the global leader in mission-critical voice communication systems for professional productions. Since 1968, Clear-Com developed and marketed a comprehensive range of analog, digital and IP-based wired and wireless intercom technologies for party-line and point-to-point communications. Recognized for our legacy of intercom innovations, production teams around the world have come to depend on Clear-Com for clear, reliable and scalable communication solutions