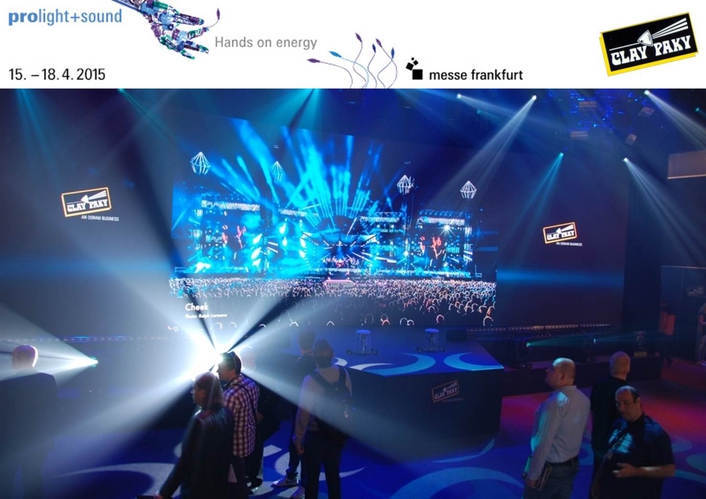 Prolight+Sound 2015 was a great success for Clay Paky. The sixty demos that were held one after the other in German and English during the four-day fair were seen by more than 10000 people, with an average of 150-200 spectators at each.

The Clay Paky stand was designed to look like a large cinema where the Clay Paky lights were the stars of the show, thanks to a high resolution LED wall kindly provided by Unitech Digital Media (www.unitechdigitalmedia.com) 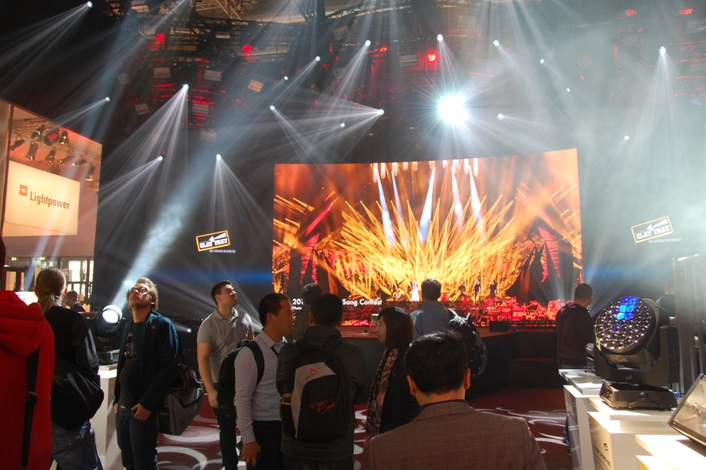 Pio Nahum, Clay Paky CEO, told us that: "In my memory, I cannot recall another ProLight+Sound that was so busy and so full of visitors. Our demos were literally taken by storm and the interest in our new products was constant and widespread. We had some very interesting new contacts and noticed a general revival in the industry."

Clay Paky's stand stood beside the OSRAM stand. This year OSRAM chose to be in the hall devoted to show technology so that it would be close to the most important show light manufacturers that use their light sources. The show lighting industry is a very important growing market area for OSRAM.

Clay Paky's demos also featured the PROJECTORS – the Mythos, the SuperSharpy and the Stormy – which were joined by an exciting new product: 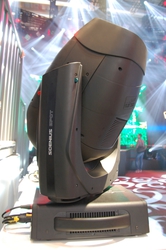 The SCENIUS is the new moving head spotlight at the top of the Clay Paky range. Its advanced optical unit and the new 1400W OSRAM discharge lamp provide a much higher light output than with previous generation 1500W lamps. Thanks to its wide 8°-55° zoom, the Scenius is perfect for every use. A modern focus tracking system concentrates maximum luminous efficiency precisely on the effect you wish to project, and the focus may be set to be fully automatic. 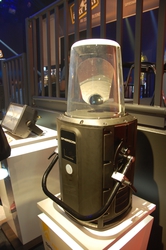 There was also a big surprise, which visitors were able to see exclusively at this show:

The SPHERISCAN, a revolutionary scanner with a modern twist. After creating the last word in moving-mirror lights in the 1990s, Clay Paky has leveraged the huge technological developments of recent years to "reinvent" the scanner and make it future-ready.

The PROJECTORS, with the SCENIUS and the SPHERISCAN, were used to create an extremely successful multimedia show. Marco Zucchinali, Clay Paky's lighting designer, was available for a hands-on session at the end of each demo.

In the afternoon of the first day of the fair, all the specialist press gathered at the Clay Paky stand for a press conference, during which Pio Nahum presented our new products and illustrated the company's future initiatives.

In the evening, Clay Paky put on an informal pre-dinner party, where hundreds of trade professionals and friends of the Italian company met up. 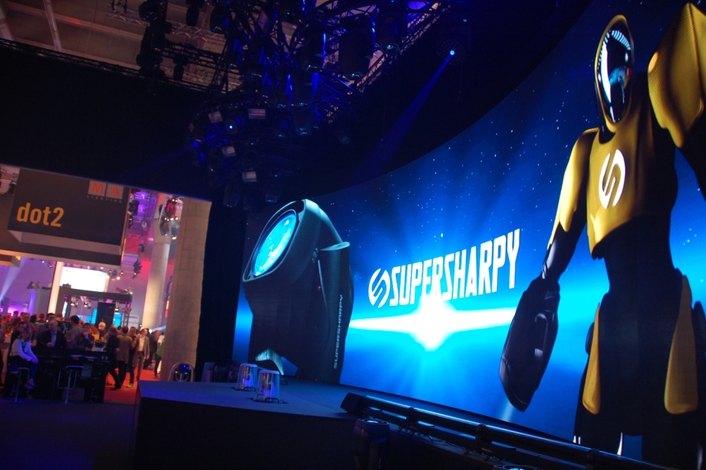 Clay Paky helped to illuminate the exhibition of Neil Preston, the "photographer of the Rock", who exhibited in a large and a beautifully set-up living room. The exhibition, titled "In the Eye of the Hurricane Rock'n'Roll", was held in Hall 4.1, the pictures on display were from the Lightpower collection. 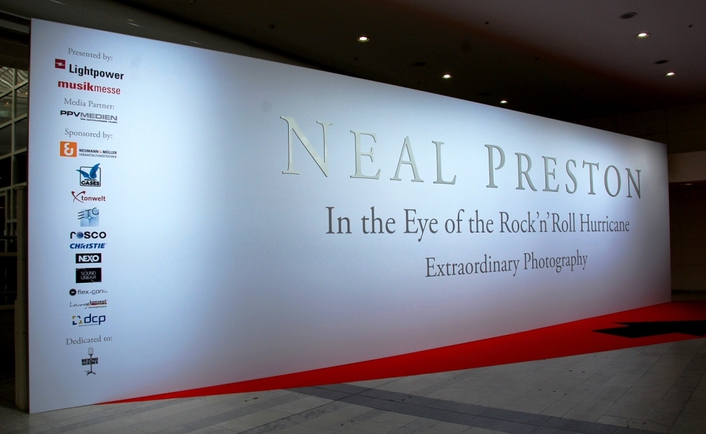 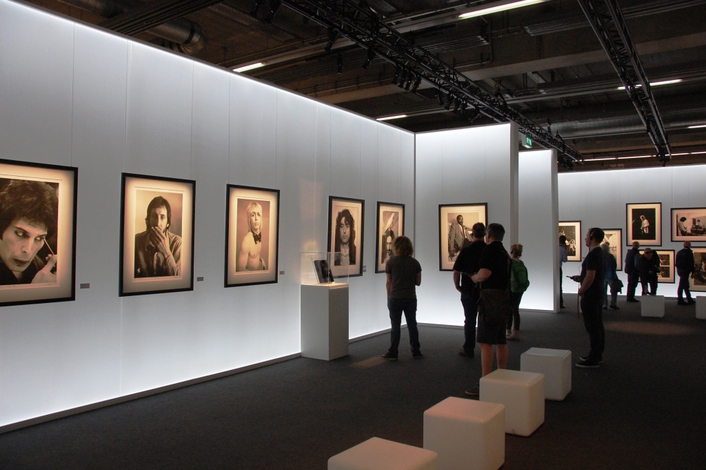 As of next year, ProLight+Sound will take place entirely on week days (from Tuesday 5 to Friday 8 April 2016) and will be held in halls 1, 3, 4 and 5 (whereas Musikmesse will be moved to halls 9, 8 and 11). The show will be organized as follows: