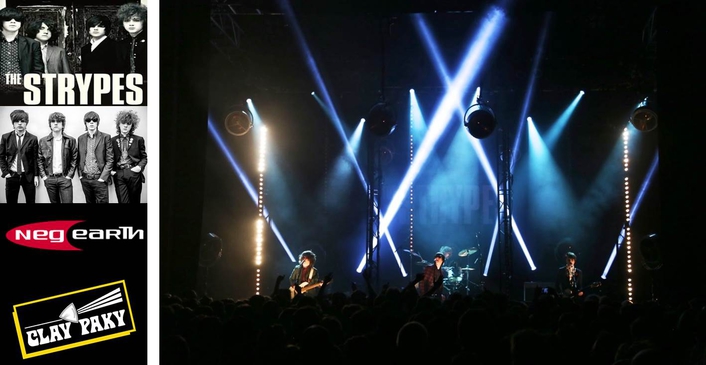 The gig, which was to be the first professionally lit show of the band’s career, was placed in the capable hands of ‘London Grammar’ “Dizzee Rascal” and “Enter Shikari” Lighting Designer Steven Bewley. Taking inspiration from a retro look that incorporated an array of James Thomas PATT2013, Bewley built up a theatrical lighting design that oozed old-school glamour for the high-energy gig.

“I got the call from the band’s tour manager eight days before the tour date asking if I would be interested in designing the lighting for the gig,” says Bewley. “Despite it being such short notice I agreed. Within hours I had designed the whole thing in WYSIWYG, and, taking inspiration from the PATT2013s, I created paired back design that gave the illusion of being much bigger than it actually was.”

Opting for a low-quantity, high-impact rig Bewley specified a number of Clay Paky Sharpys to create some epic style, crowd-pleasing effects. “Straight away I specified Sharpys. They are a vital part of my lighting tool kit because of their sheer power and versatility. There are only six Sharpys on the show, but because they are such a resourceful and feature rich fixture I can make it look as if each one is three different lights.” 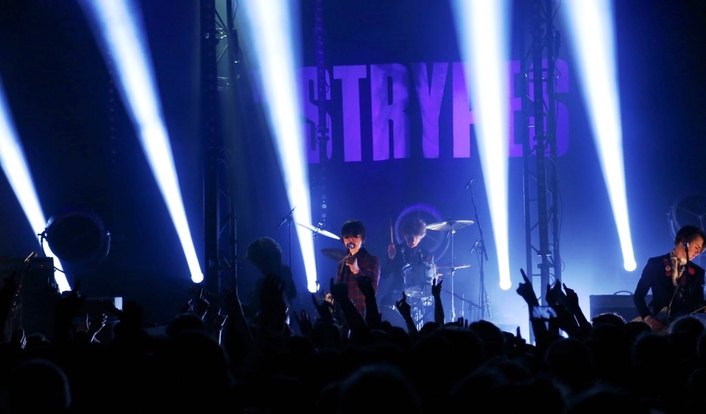 In order to keep the gig feeling intimate Bewley chose rich, classical colours. “I use a lot of moody blues cut across with punchy off-whites,” continues Bewley. “The Sharpy has a great colour range, especially its off-colour selection which I pushed a lot in this show.”

Adding to the sense of rare-spontaneity Bewley controlled the layers of effects on the fly, “As well as being a great light to use in a pre-programmed show the Sharpy is a really exciting fixture to control live,” continues Bewley. “It can create great aerial effects, which are brilliant for stimulating a crowd. For this show I played around a lot with slow Pan and Tilt movements with high shutter speeds. The band is so full of energy that the lighting design really needs to complement that.”

The 189W Clay Paky Sharpys, which were supplied with the rest of the lighting rig by respected rental company Neg Earth, provide designers with 17 gobos and an open high-speed shake effect. The 8-facet rotating prism, mechanical shutter and adjustable speed strobe effect make it one of the most advanced lighting effects lights on the market and this versatility allows for the optimum of the light use on both large and smaller scale rigs.

“I love all the features on the Sharpy,” continues Bewley. “You can put them on anything and you just know they will look good.”

The Strypes will continue with their UK tour before embarking on the US & Canada leg in March.