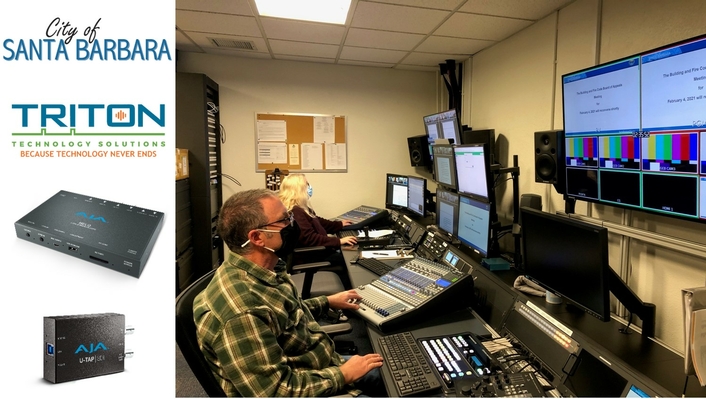 From business to education, entertainment, government and beyond, live streaming has quickly permeated all facets of modern life. With a majority of gatherings previously held in-person now taking place virtually, it’s become an essential communication tool. The City of Santa Barbara in California has come to depend on live streaming, not only to host virtual meetings, events and workshops throughout the pandemic, but also to share vital information with the general public. With a robust live streaming infrastructure built by Triton Technology Solutions including gear from AJA Video Systems, City TV Production Supervisor Tony Ruggieri, who serves on the video production arm of the City Administrator’s Office, and his team have been able to continue their work uninterrupted.

They stream and record all City of Santa Barbara council meetings and other programming to YouTube, with the YouTube link embedded on the City of Santa Barbara website so that viewers can tune in live or watch on-demand at their convenience. Content produced on-site is typically captured using 12 HD cameras spread across three meeting rooms that are connected to a master control room via fiber and Cat5e cabling. Audio and video feeds are sent out of each room through a production switcher to create the main feed, which is then sent through a router to one of three AJA HELO H.264 streaming devices located in an equipment room for live streaming to YouTube. 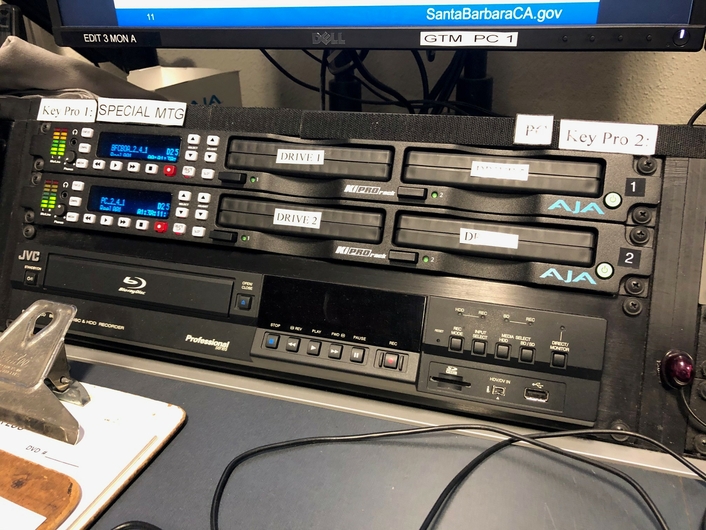 Using AJA U-TAP SDIs connected via USB to local computers to ensure the cleanest signal quality, the team is able to weave in virtual participants – whether socially distanced on-site or remote – as needed, via an app like GoTo Meeting or Zoom. The received video chat feed is then sent through an AJA HELO for immediate high-quality live streaming to YouTube. All meetings are recorded to a Tightrope server, with AJA Ki Pro Rack recorders on tap for backup to the Apple® ProRes codec on reliable AJA KiStor drives. A number of AJA Mini-Converters are also stationed throughout the facility to support conversion between SDI and HDMI equipment, while two AJA FS1 converters/frame synchronizers facilitate conversion of analog component material to HD-SDI for import into the production system. 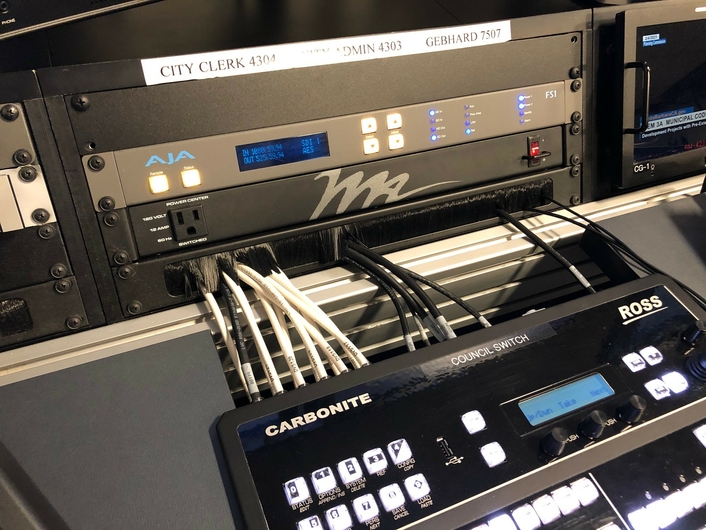 “With streaming today, we’ve quickly found that the worlds of broadcast and computers are colliding, and our AJA gear helps us marry the two. U-TAP allows us to easily bring any camera source or switched feed into a computer for integration into a virtual meeting and use it as the main source for streaming out to YouTube with our HELO,” explained Ruggieri. “With AJA gear, we also never have to waste time with set up or troubleshooting; we just plug it in and it works, so we never have to mess with it again. And the web interface for HELO makes it easy to control the devices from anywhere with an internet connection.”

When Ruggieri and team are called off-site to stream performances, public meetings and workshops held elsewhere, they harness a live streaming flypack, which includes three HD cameras, a switcher, router and an AJA HELO. “Whether on- or off-site, HELO is an invaluable tool for day-to-day production, which is why we continue using it. It wraps so much functionality into such an affordable box that doesn’t require rigorous training to learn and use,” Ruggieri concluded.