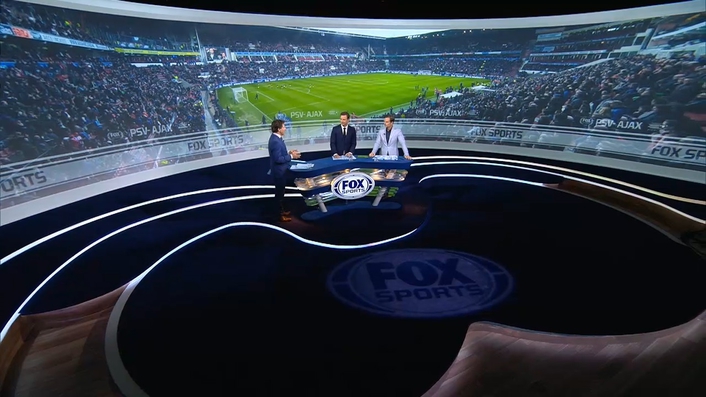 ChyronHego developed VistaCam in close cooperation with a major sports broadcaster in the U.K., which was launching a new studio for its Monday night English Premier League football show. The broadcaster sought to provide a three-projector, panoramic backdrop behind the presenters' desks featuring graphics and live video from football venues. However, signals obtained from wide-angle HD cameras located at the football pitch were appearing pixelated and out-of-focus when projected on the large video wall in the studio. Aware of ChyronHego's innovations in panoramic video and image-based tracking systems, including its patented CogEye™ technology for stitching HD sources together, the broadcaster approached ChyronHego to provide a solution.

ChyronHego based the VistaCam solution on the Super-HD camera units used in the company's acclaimed TRACAB optical player tracking systems. With TRACAB's patented image processing technology, the compact HD cameras use stereo technology to ensure that the entire playing surface is constantly filmed from several angles. Using this technology, ChyronHego custom-designed and built a small, portable camera unit for VistaCam including four of the HD cameras. With the camera unit installed in the arena and transmitting the four HD video streams over a Gigabit Ethernet connection, the VistaCam presentation engine is able to stitch together the feeds to create a very high-resolution, near-180-degree video panorama. The VistaCam software includes an intuitive GUI for real-time color correction in the studio, and can be easily integrated with ChyronHego's resolution-independent Lyric64 graphics creation and playout platform. This enables the system to deliver high-resolution video in virtually any size and dimension, an important capability for video walls that are often deployed in unusual widths and heights.

"There are a few solutions available that can create panoramic video feeds, but they're primarily used for coaching and game analysis. VistaCam is the first-ever broadcast-quality system to deliver panoramic video for studio presentations that addresses the pixelation and other quality issues that have plagued panoramic video walls in the past," said Johan Apel, president and CEO, ChyronHego. "After developing the solution for our U.K. broadcast customer, we've been able to test it with several other clients and it is now being installed by several other sports broadcasters. With VistaCam, they're able to provide coverage that is truly unique, giving home viewers the sense that they're right on the pitch even when they're in their living rooms." 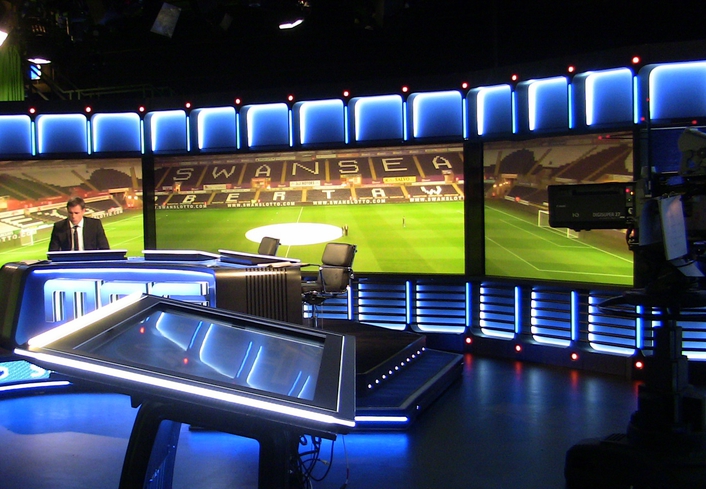 ChyronHego will showcase VistaCam at the NABShow2015 in booth SL1110

About ChyronHego
ChyronHego is a global leader in broadcast graphics creation, playout, and real-time data visualization with a wide range of products and services for live television, news, and sports production. Joining forces in 2013 with over 80 years of combined industry expertise, Chyron and Hego Group offer award-winning solutions — such as the TRACAB™ player tracking system and the end-to-end BlueNet™ graphics workflow — under the collective ChyronHego brand. Headquartered in Melville, New York, the company also has offices in the Czech Republic, Denmark, Finland, Germany, Mexico, Norway, Singapore, Slovak Republic, Sweden, and the United Kingdom.