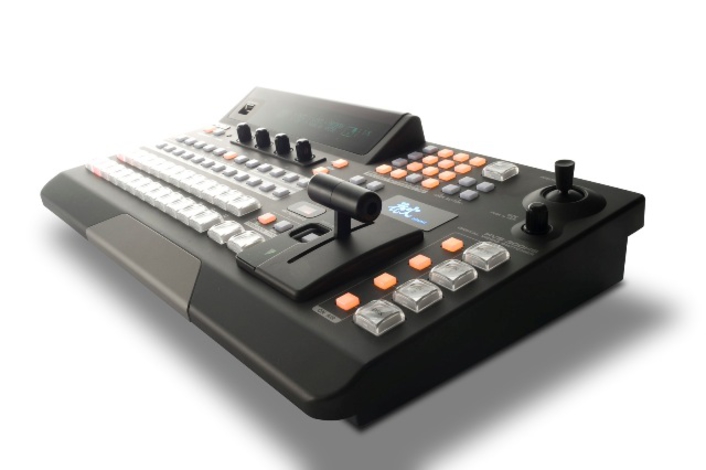 HVS-300HS HD/SD Switcher
MIAMI, FL, June 28, 2010 – FOR-A Latin America, Inc., a division of FOR-A Corporation, a leading manufacturer of video and audio systems for the broadcast and professional video industries, has shown great success in the Chilean market over the past 12 months. Starting with its partnership with VideoMedia over a year ago, FOR-A has become an integral part of Chilevision, as well as other production companies and educational facilities, with a number of video switcher sales.

Following the release of the HVS-300HS HD/SD Portable Video Switcher in early 2009, Chilevision quickly purchased one unit for its broadcast operations, followed by a second one last December. Two more HVS-300HS switchers are currently being installed at Chilevision. One of the units is used as a main switcher in a small technical production room for drama productions. The other units are used as emergency backup switchers in a large control room.
“The HVS-300 HS offers a complete solution that keeps us within our goal of saving time, money, and effort,” said Luis Silva, technical director of Chilevision. “They are very good as backup switchers. It’s important to have mix/effects and key features on hand in case of problems with the main switchers, and our engineers feel confident with the FOR-A switchers.”
Broadeyes Producciones, an independent production company based in Santiago, chose the HVS-300HS for its HD truck. As such, it is one of the first HD production trucks in the Chilean market. Club Hipico de Santiago is a horseracing venue that purchased a larger switcher for its production needs, the 2 M/E HVS-3800HS. The Chilean education market has also embraced the HVS-300HS, with units installed in Central University of Chile (Universidad Central de Chile) in Santiago and Pontifical Catholic University of Valparaíso (Pontificia Universidad Católica de Valparaíso).
VideoMedia, based in Santiago, Chile, was the first to start the trend of FOR-A in Chile with the purchase of two VPS-715 1.5 M/E Ginga video switchers in February 2009. One switcher is used on Cámara de Diputados, a TV network that broadcasts sessions of the Chilean Parliament, commission meetings, press conferences, activities of the presidency, and cultural sessions. The second VPS-715 has been installed into a mobile unit designed by VideoMedia for Accionmedia Television, which provides mobile production services to a variety of companies such as Air Channel TV, Cable Channel TV, Producers of TV, and other companies.
“Broadcasters here are becoming more familiar with FOR-A’s products because of their high quality,” said Claudia Oyarce, VideoMedia project engineer. “VideoMedia is very happy with the equipment we’ve installed and is currently considering purchasing more products from FOR-A in the coming months.”

FOR-A is a major manufacturer and distributor of video and audio systems to the broadcast, postproduction and professional video markets.