Inside the OB truck, intercom equipment from RTS ensures flawless communication
The former French colony Republic of Chad has one of the fastest growing economies in Africa. However, with an adult literacy rate of under 40 percent, the importance of receiving information via television remains vital. To meet both current and future needs of views nationwide, Chad’s national television station ONRTV has invested in a new outside broadcast truck. Amongst others, the truck is used for shows and news in field productions.

Equipped with nine video cameras, graphics, editing, post-production as well as broadcast by satellite, ONRTV went a long way to receive the ideal truck – namely all the way to Italy. The new OB truck is the work of Professional Show and ONE TV, which is specialized in high-end outdoor television productions such as the Italian Serie A football league. Together they created a truck, which is completely autonomous, offers a complete outdoor production and can broadcast on air directly. Additionally, the truck contains a small TV studio accommodating up to three people, a 30Kw power generator and a six-wheel-drive. “As the OB truck is completely independent, it does not need a support tender. However, this also means that we had to fit all the cameras and equipment into this one truck”, says Fabio Veggiato, Sales Director at Professional Show. 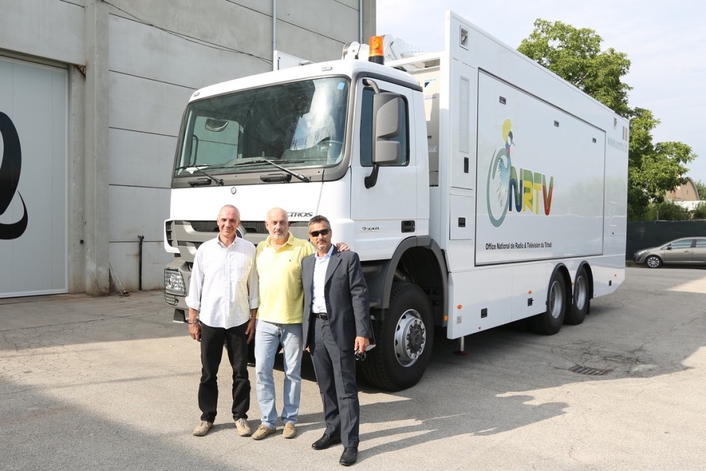 Designed to withstand Chad’s extreme desert conditions and manage up to 45-degree gradients, ONRTV’s new truck features a communication system from RTS. The nerve system of the OB truck is a RTS Zeus III matrix with 32 channels in/out and two additional configurable partyline interface channels. Due to its compact size, the digital intercom matrix is perfect for environments with limited space such as ONRTV’s OB truck. Professional Show linked the matrix to the KP-12 keypanels from RTS. The KP 12 keypanels provide menu driven, fully programmable, 12-key user stations with individual crosspoint level adjustment in 1RU of space each. Additionally, a RTS BTR 700 wireless intercom system secures communication between the rolling control room and the outside. The single channel UHF wireless intercom provides a wide array of features such as DSP and Intelligent Power Control as well as table or rack mountable base stations and weather resistant beltpack units. 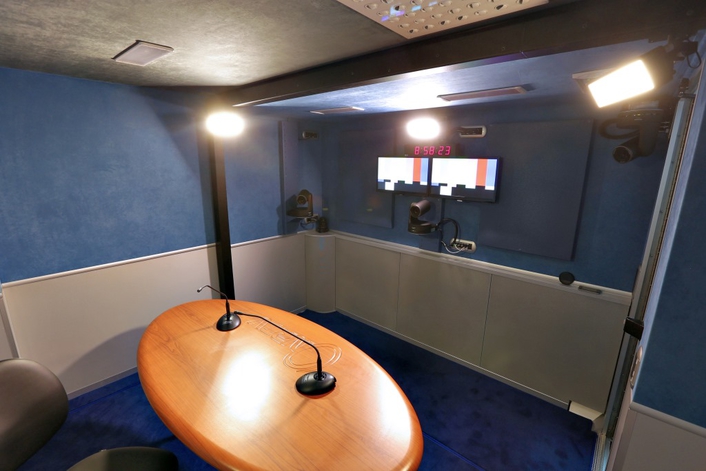 Fabio Veggiato: “As RTS’ partner in Italy, we have a large experience in using their products. What convinces us every time, is how easy RTS systems are to integrate. At the same time, our customers benefit from the easy handling, the reliability and the value-for-money of RTS products. Our customers from ONRTV were so satisfied with the result – it was even more than they had expected.”