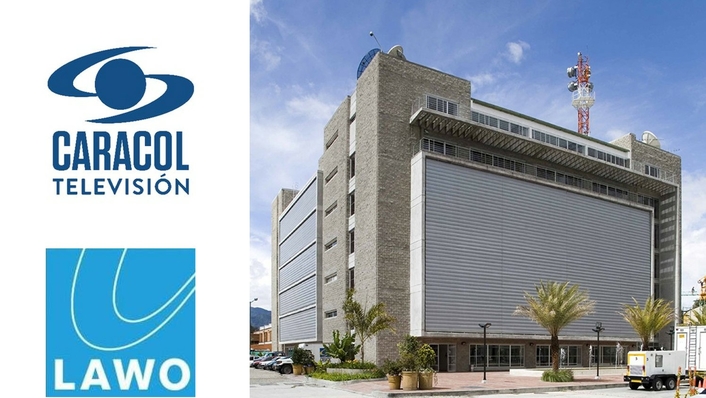 Caracol TV and Television Corporation of America, was one of the five largest media companies in Latin America, with presence in over 50 countries worldwide

Remote production has been a core piece of Lawo’s IP solutions for years thanks to involvement worldwide with TV and streaming productions of major sports or cultural events around the world. Now, remote FAT (Factory Acceptance Testing), training and equipment demonstrations are a part of the portfolio as well.

Recently, Bogotá, Colombia’s private media company Caracol purchased a 48-fader mc²56 mixing console with DALLIS frame for their News Studio, another mc²56 for their new OB van, and a mc²36 console for their Studio 10 facility. 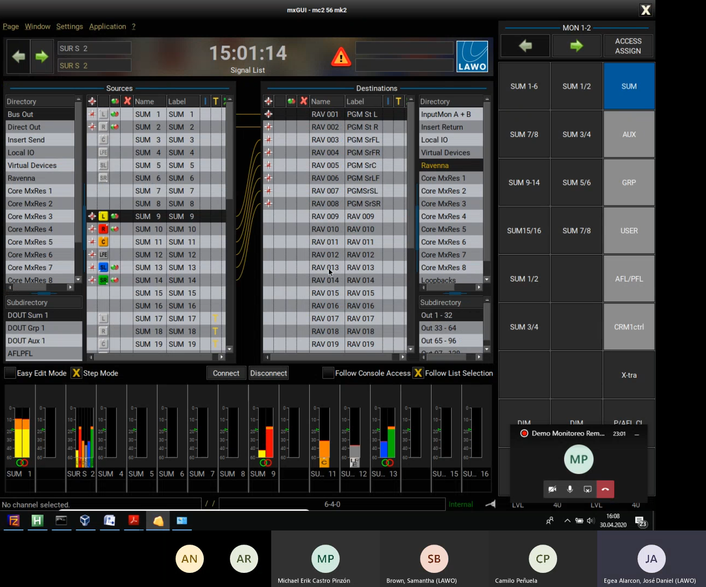 Since the demonstration of both setups met Caracol’s requirements, both software packages will be configured for long-term tests, and eventually will be a permanent part of their studio installation.

“The question for us was, how can the engineers both listen to and meter the audio signals while not on site?” says Egea. 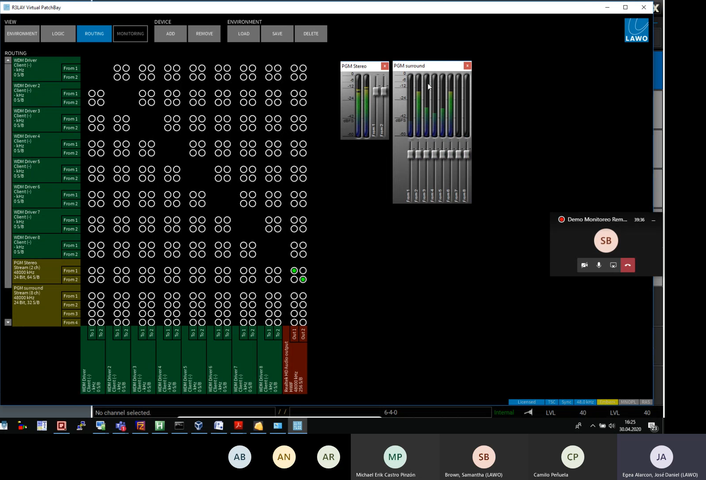 The solution was an infrastructure that allowed the mc² console core to supply its audio signals to a facility computer. “Audio signals were supplied to the streaming network via the RAVENNA card in the core and collected from the network on a PC using AoIP Stream Monitor or RƎLAY VPB software. By accessing this computer via Teamviewer or Remote Desktop through a second NIC, Caracol engineers can now conveniently monitor the most important signals from home. This setup offers a very flexible monitoring situation and has simple, intuitive GUIs to quickly create a suitable monitoring overview.” 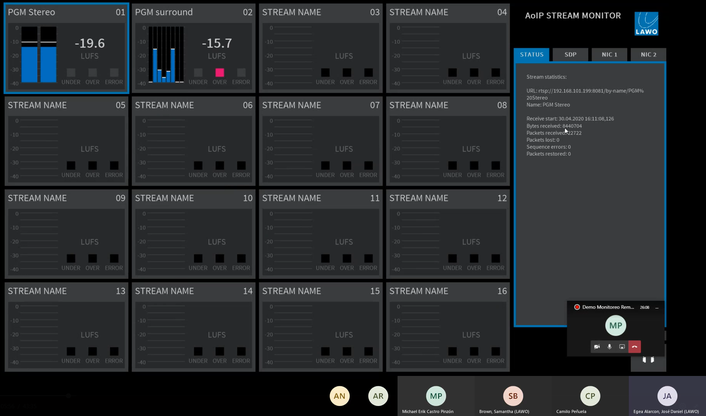 Lawo's solutions can not only broadcast world championships and other games remotely but are also ideally suited for customer-oriented services, according to Jesús Lozano, CEO of Lawo solutions partner Videoelec.

“The Corona pandemic has certainly pushed the advancement of remote infrastructures, but Lawo has placed much importance on developing products and solutions for remote purposes for years,” says Lozano. “Now we can use them not only for production but also, under adverse circumstances like the pandemic, for keeping project timetables and delivery schedules, and for enabling customers to remain on-air or in production.” 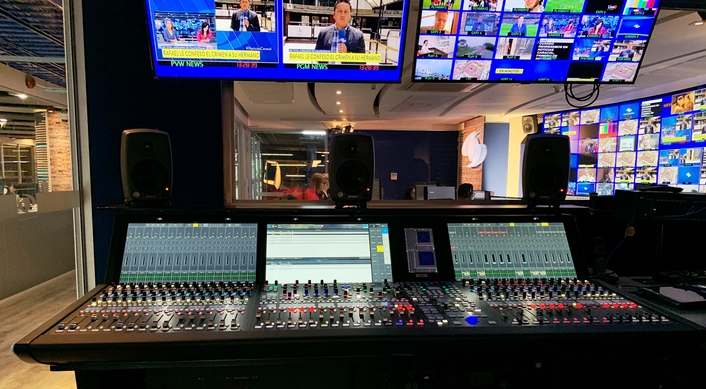 Camilo Peñuela, Sound Manager at Caracol TV, is very pleased with Lawo’s response to their need. “With this solution we can save considerable costs — and we have a friendly and reliable remote tool to keep our sound under control at all times. Not only can we ensure our audio quality standards, we can access our audio network in seconds to check the status of any stream. This is just one more example of why Lawo is an excellent company to partner with.”