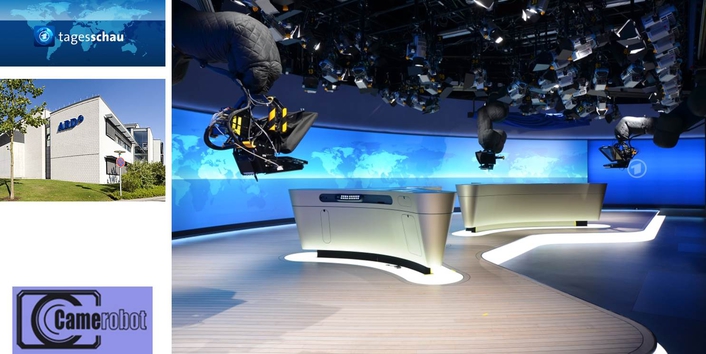 Three comprehensive camera robot systems set new standards in what may well be the world’s most modern news studio
When the Tagesschau news bulletin made its debut broadcast from the newly opened studio at NDR on Easter Saturday 2014, the occasion also constituted a baptism of fire for a host of hi-tech equipment. Ensuring optimum presentation were an 18-meter-wide media wall and, suspended from the ceiling, three steerable camera robots supplied by Camerobot Systems.

As many as 20 editions of Tagesschau are transmitted from the studio every day, in addition to the bulletins from the digital news channel tagesschau24 and various programs in a magazine format – Tagesthemen, Nachtmagazin and Wochenspiegel. The new studio has made the static style of presentation a thing of the past. Two large desks and ample freedom of movement in front of the giant media wall allow for a much more graphic presentation of the news than ever before. 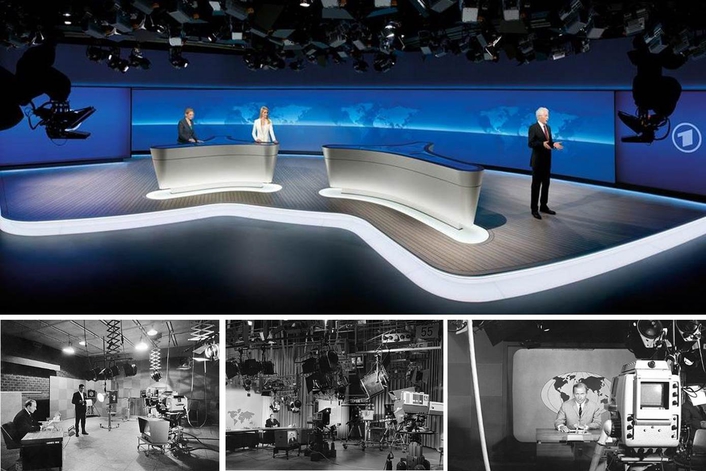 Impressive camera movements with the highest precision
A key role in this pioneering presentation of news is played by the camera robots. Suspended from the ceiling, the latest generation of Camerobots can reach any point in the studio via traversing axes. The robots facilitate spectacular tracking shots with jolt-free image sequences. Once recorded, camera movements and positions can be recalled at all times with the utmost precision (repeatability of ±0.05 millimeters). Time-consuming referencing or recalibration of the system is not required. 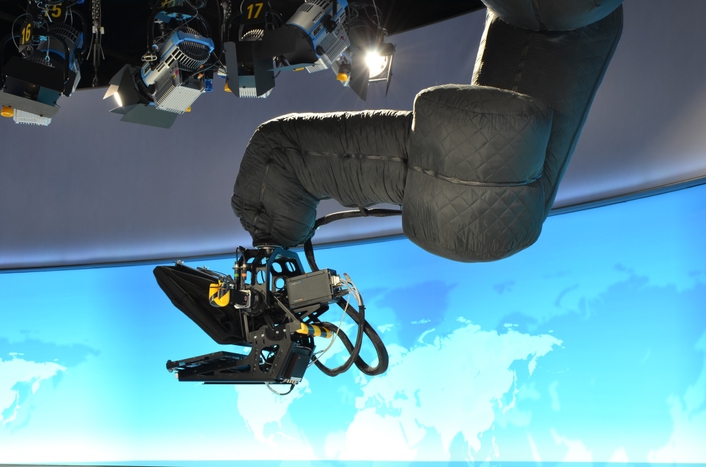 The new generation of Camerobots offers unlimited creative scope, delivers stunning images and unique camera angles. Camerobots thus make a decisive contribution to a modern, viewer-oriented presentation of the news whilst at the same time keeping costs down. 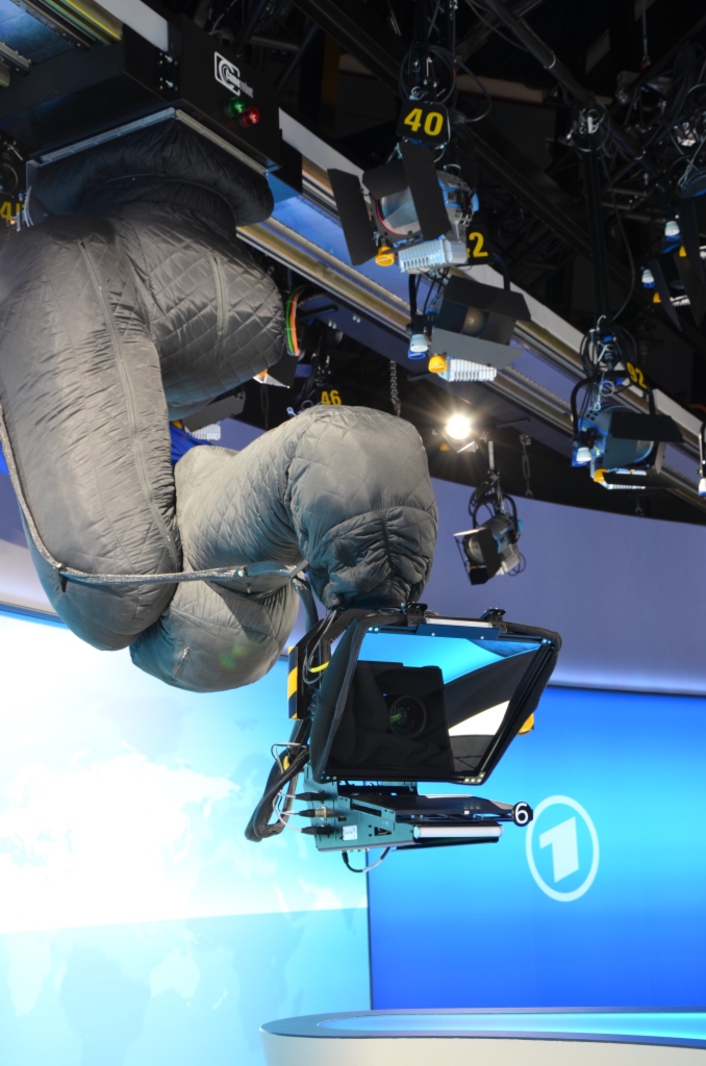 A safety system constantly monitors the area occupied by the presenters