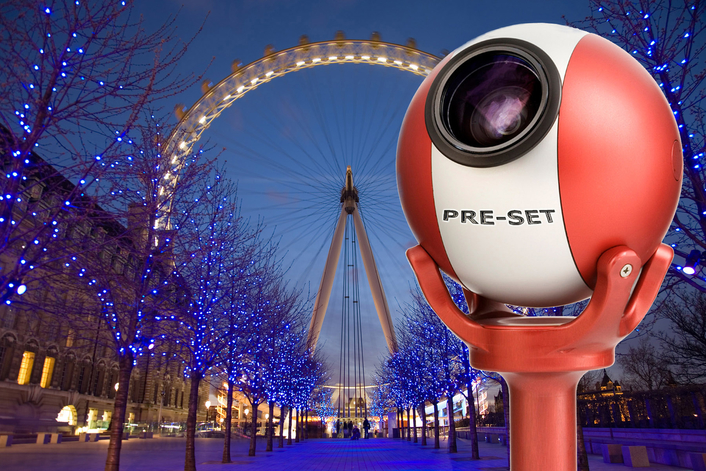 .
Over 130 outside broadcast specialists including climbers, installation technicians and system operators will be fielded by Camera Corps during the major sports events taking place this summer in London.

"We have provided speciality support at many very large sports events over the years but the size and scope of the London events this summer eclipses everything we have seen before," comments Camera Corps founder and Managing Director Laurie Frost. "Our crews will be grouped into 21 teams operating across some 30 locations in and around the metropolis as well as venues in Coventry, Manchester and Weymouth.

"Some idea of the scale of our activities can be gained from the fact that we will be bring speciality-television images from 20 distinct events including aquatics, athletics, archery, basketball, cycling, BMX, beach-volleyball, Lee Valley canoeing, mountain biking, equestrian events, fencing, football, gymnastics, handball, hockey, outside races, rowing, sailing and shooting.

"We will also be positioning beauty cameras in a wide range of locations to provide cut-away and background options as part of available video feeds. The equipment we have assigned to the London events includes nearly 200 cameras and a huge inventory of lenses, robotic heads, jibs, Polecams, dolly mounts, tracks, wireless links and control systems."

"Thirty-four Camera Corps Q-Ball compact robotic pan/tilt/zoom heads and 12 Minizoom cameras will be installed to provide high-definition video from a variety of locations," adds Technical Director Jim Daniels. "These and other cameras will be controlled from 57 Camera Corps RCP panels and 64 PTZF panels coupled via 155 Camera Corps interface boxes and 72 fibre-optic links.

"We will be installing 70 robotic heads of various types including six pan-bar heads built for us by Shotoku. Other speciality cameras will include 35 commentator systems, 13 weatherproof point-of-view cameras, eight city beauty systems, six underwater systems and four triathlon bike cameras. Broadcast RF has partnered with us on a lot of the wireless links, supplying a total of 20 systems for use in the equestrian and cycling events or coupled to camera jibs or other equipment.

"The camera support systems are a story in themselves, including four SuperTechno cranes, a swimming crane, fifteen 10 metre cranes, two 8 metre cranes, sixteen 6 metre cranes, six 4 metre cranes, a 4 metre Giraffe, nine 6 metre Polecam jibs and three Fishface underwater systems. We have developed a wide range of track systems to provide close-up follow-shots from various angles. These will be used during the London sports events in coverage of boxing, the canoe slalom, gymnastics, shooting and table tennis."

"Covering events of this massive size would be a huge challenge for any company new to the business," Laurie Frost summarises. "Our operational experience built up over many years, together with the specialist equipment we have designed where suitable products were not available from other suppliers, should make this another routine exercise. They key is to use good people, carry sufficient backup equipment and be ready for unexpected demands."