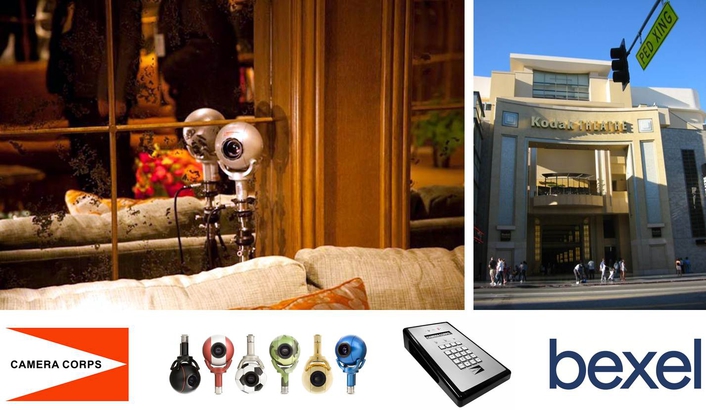 "NAB 2011 was a very good show for us," adds Camera Corps founder and Managing Director Laurie Frost. "It continues to attract predominantly US-based delegates but a good number of international visitors also came to the booth, including some of the biggest names in sports broadcasting. Interest in 3D continues to expand. The CC-3D Universal RCP which we launched at the show allows six cameras of various makes and models to be comprehensively remote-controlled from a single panel. Equally suitable for 3D and 2D productions, it enables two stereoscopic rigs to be controlled on a paired-camera basis to maintain predetermined adjustment offsets between left and right cameras, or as individual cameras if preferred. The CC-3D Universal RCP is intuitive to operate, allowing fast and easy operation during outside broadcasts as well as for live stage or studio events."

Also new to the US market, Camera Corps' Multi Camera Keypad increases from five to 96 the number of remote camera heads that can be operated via the company's Joystick Control, Mini Joystick Control or CCU Panel. Fully compatible with a very wide range of cameras, including the Camera Corps Q-Ball ultra-compact robotic pan/tilt/zoom camera, it allows large remote camera systems can be manipulated in a limited space such as a mobile production vehicle.

Additional to the Central Hall exhibit, Camera Corps Q-Ball robotic heads were demonstrated by Egripment, Telemetrics and ToolsOnAir as part of their respective NAB 2011 exhibits.