Camera Corps Q-Ball and MiniZoom Extend 'Release the Hounds' Excitement to ProSieben Viewers for 'Scream! If You Can' 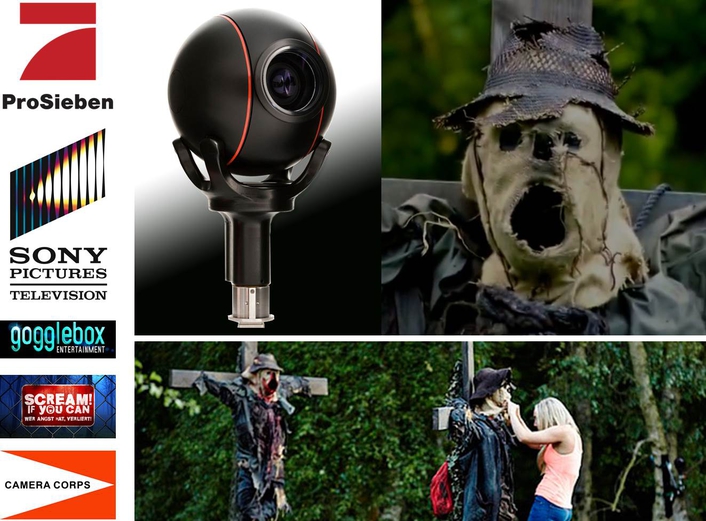 Camera Corps Q-Ball remote-control pan/tilt/zoom head as it comes and dressed to scare for 'Scream! If You Can'
Following their highly successful deployment in the October 2013 pilot of 'Release the Hounds' on UK ITV2, Camera Corps Q-Ball and MiniZoom robotic heads have been selected by Gogglebox Entertainment to create a new two-hour special for German broadcaster ProSieben. Produced in partnership with Sony Pictures Television, it is scheduled for transmission in March.

'Release the Hounds' sees unsuspecting contestants enter a forest at dusk where they face terrifying challenges to get their hands on money locked in chests. If they want to keep it, they then have to out-run a pack of hounds guarding the loot.

The version produced for ProSieben was recorded in the same UK woodland location using a similar mix of Camera Corps Q-Ball and MiniZoom remotely controlled equipment which contributed to the success of the first transmission.

"We needed robotic cameras that can operate in normal and infra-red light will tolerate rain, mud, UK winter temperature," comments Fran Peters, head of production at Gogglebox Entertainment. "Q-Ball remotely controlled heads were the obvious choice. They worked very well on the 'Release the Hounds' pilot and again on 'Scream! If You Can'.

"We concealed a total a 10 Q-Balls in various locations to capture the action from unusual angles. The Q-Balls enabled us to capture fixed and tracking shots with precise control of pan, tilt and zoom. Each scarecrow head seemed to come alive as the Q-Ball inside it panned round to follow the action.

"Where fixed cameras were needed at various forest locations, 11 camouflaged Camera Corps MiniZooms were installed. These have the same remote control, infra-red and integral zoom optical capability as the Q-Ball pan/tilt/zoom heads." 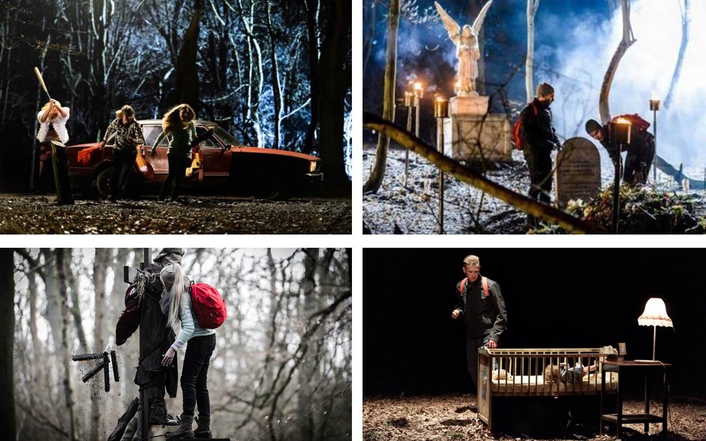 "Cold weather, heavy rain and the need for night shooting made the project a memorable experience for the production team let alone the contestants. Fortunately the Q-Balls are easy to mount and operate. This, along with their easy connectivity, saved a lot of time in rigging for multiple locations and linking back to the control vehicle."

Steve Linton and David Sisson from Camera Corps operated the Q-Ball and MiniZoom cameras during the production, with rigging and de-rig support from colleagues Nick Bonner, Joe Haigh and Doug Young.

Created by Gogglebox Entertainment, 'Release the Hounds' first debuted on ITV2 in October 2013 as a special which close to doubled its audience during the week and generated the UK’s number 1 trend on Twitter during broadcast. On the back of this success, ITV2 has ordered a full series for 2014.

Developed and produced by Camera Corps both for rental and for sale, Q-Ball has delivered close-up video from many very high-profile broadcast events in recent years, including the BBC Proms, Summer and Winter Olympics, international football, motor racing, water sports, tennis, football and rugby.

Q-Ball is a robust and weatherproof cast-aluminum sphere of similar diameter to a standard Compact Disc or DVD. Inside is a 1080i camera with 10:1 zoom optics plus a fully rotatable pan and tilt head. High-precision motors allow the operator to adjust the camera angle from practically any location, including smooth adjustment of vertical and lateral tracking speeds.

About Camera Corps
A Vitec Group company, Camera Corps specialises in providing high-volume support services for reality television programmes as well as very large-scale sports and stage events worldwide. Based on the site of the former Brooklands motor-racing circuit near London’s Heathrow airport, Camera Corps has achieved a pre-eminent reputation for its ability to acquire exciting and unusual television content from exceptionally challenging environments.

Scream If You Can
gogglebox entertainment
Camera Corps