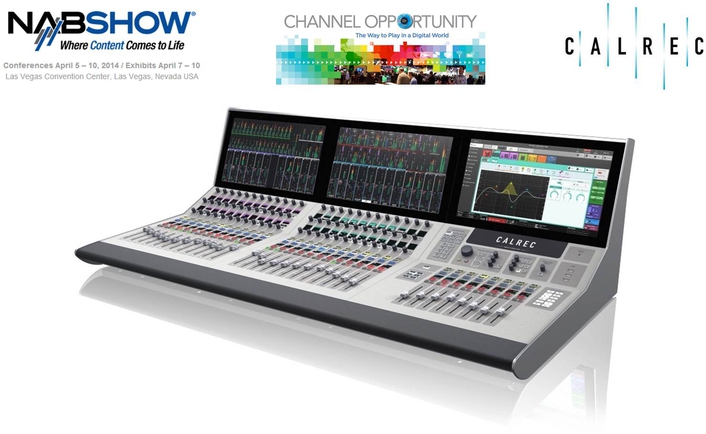 Rebranding of Elegant Audio Console Reflects Function as Summing Engine While Resolving Potential Trademark Issue
Calrec Audio today announced that it is rebranding its Callisto audio console with a new name: Summa. The console, which will make its NAB Show debut next month in Las Vegas, is designed for broadcast professionals who need a straightforward solution for producing creative and engrossing broadcast audio, but not all of the resources offered by Calrec's Apollo and Artemis consoles.

"The term Summa is mainly used for texts that 'sum up' knowledge in a field, and the name also reflects the fact that a mixing console is essentially a summing engine," said Henry Goodman, Calrec's head of sales and marketing. "More fundamentally, we took the decision to change the name because Callisto was recently registered by another pro audio company! We missed the registration, and we have consequently been asked to change it, which of course we have agreed to do."

Designed to ensure intuitive operation in live broadcast applications, Summa simplifies even complex workflow tasks, such as creating mix-minus feeds, with a highly intuitive GUI suitable for a broad range of operator levels. Users control the console via a 17-inch multitouch screen inspired by familiar tablet technology. The crisp, high-resolution display provides elegant controls and clear presentation of information. The console's other large displays are fully configurable to display bus, output, and loudness meters, and they feature dedicated metering, routing, and processing information per fader.

The physical control surface is available in fixed 20-, 32- and 44-fader configurations with a streamlined layout. Each channel strip has only the most essential mechanical controls, featuring a fader, two flexible control cells, and a dedicated gain pot.

The console uses Calrec's award-winning Bluefin2 technology at its core, and the same integral Hydra2 technology as the Apollo and Artemis consoles. Bluefin2 provides Summa with a pool of 180 channel processing paths, which can be assigned as mono, stereo, or 5.1 channels. Because there is no resource-sharing across the DSP, all facilities are available on all channels at all times. Summa has eight groups, four mains (all of which can be mono, stereo, or 5.1), 16 auxes, and 32 tracks. The broadcast-focused feature set also includes complete system redundancy, dedicated delay on all paths with additional assignable input and output delay, mechanical PFL overpress on all faders, and three 5.1 studio monitor outputs.