Calrec Announces Automixer for Its Apollo and Artemis Consoles

.
In response to customer demand, Calrec has added Automixer, an automatic mixing function, to its Bluefin2 signal-processing engine, the driving force behind its Apollo and Artemis mixing consoles. Automixer attenuates the output levels of all channels under its control to maintain consistent program levels in environments with multiple open microphones and unpredictable audio content. The feature is especially useful on panel-style discussion shows where guests might speak over each other and dramatically raise their voices.

Users can have eight separate Automixers, each of which can be assigned to control any number of mono input channels and group paths on the control surface. Unlike compression of a mix bus, or use of individual or linked compressors on paths, the use of an Automixer applies differing amounts of attenuation to each path, depending on its own level, as well as the overall mix level. Paths can be assigned different levels of emphasis to allow, for example, the host of a show to stand out from the guests.

Artemis user Ryan Davidson, a broadcast audio engineer at the Christian Broadcasting Network (CBN) who works on the live program "The 700 Club," said that Automixer allows him to focus less on the faders and more on fine-tuning other parts of the broadcast.

"When you're mixing for live TV, there are many variables to control, and if you have a segment with a good number of guests on set, you have to ride the faders to control the voices in the midst of everything else you're doing. The more guests on set, the more faders there are to adjust," Davidson said. "Automixer is so intuitive that you can pretty much leave the faders at zero, and they will mix themselves. No more missed mics! If someone starts to talk, Automixer is right on top of it, probably faster than a human could do it."

"The Automixer feature is an amazing new tool because it's easy to use and very smart," Alanís said. "It's like having many hands operating the fader levels. All you have to pay attention to are the gain structure and the output levels. The microphones are clean, without the annoying reflections from the floor or the holes between the guest and the main anchor. Calrec makes everything easier." 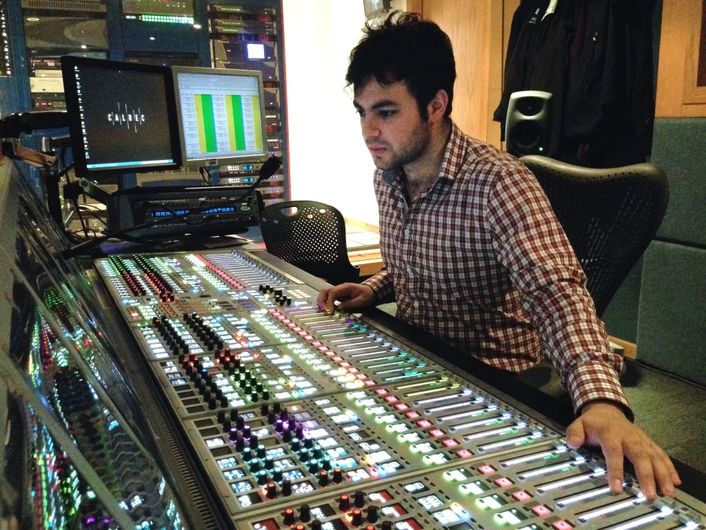 Automixers can be selected on a channel-by-channel basis to be placed in the signal path pre-EQ, prefader, or postfader. Upstand metering can be configured to show Automixer attenuation alongside signal level on each path.

"At Calrec, our customers drive our product lineup, and Automixer is another example of that philosophy," said Henry Goodman, Calrec head of sales and marketing. "We pay close attention to our customers and put a great deal of effort into developing products that will make their jobs easier."