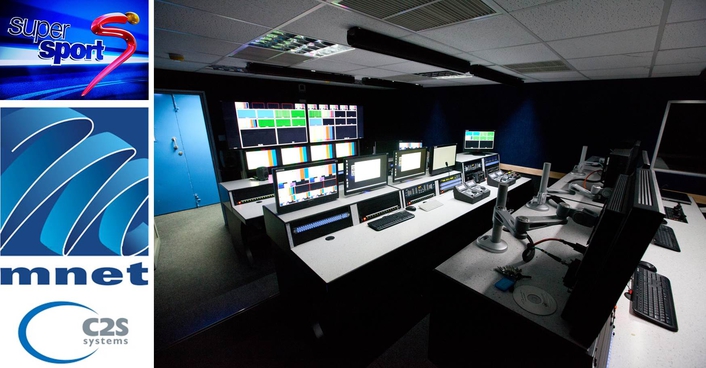 Dual-production studio complex installed in Nairobi by C2S Systems
C2S Systems, the broadcast System Integration arm of WTS Group, has completed installation of a new studio complex with post-production facilities for MNET and SuperSport in Kenya. The four-studio complex has been designed for flexibility to support production both of MNET’s new prime-time drama-serial titled “Kona”, as well as front-end presentation coverage for SuperSport of east African sports events.

With completely file-based production workflows, in two very different and separate production environments, there were some considerable technical challenges in the integration. EVS IP Director was used to provide asset control, and the C2S designed touch-screen router control helped simplify routing operations for studio staff whilst allowing instant status of all paths. 12 camera channels were installed across the studios - Eight for the SuperSport studios and four for ‘Kona’ with provision for an additional four in future.

The two control rooms were carefully designed to meet the challenging brief, providing both flexibility and suitability for the different types of production. Control One included a tiered layout for a production team of up to 18 people, working with five VTR / SSD decks, eight HD Sony camera channels, an eight-channel EVS XT3 with two EVS IP Director production positions, two channels of production graphics, separate audio control area and work-stations for two producers. From here, studios 1,2 and 3B can be controlled, depending on requirements of the production. Control Two is the main control area for ‘Kona’ and controls studios 3A, 3B and exterior sets. The space was designed specifically for a drama team and split into three areas for production, vision and audio. It includes control of three VTR/SSD decks, four HD camera channels, a four-channel EVS NANO XS with two EVS IP Director production positions.

To accommodate for building refurbishment, which took place at the same time as integration, facilities were pre-built and tested in C2S’s Leeds workshop in the UK, before final installation on site. This saved lead-time and ensured launch dates were met for production to start. 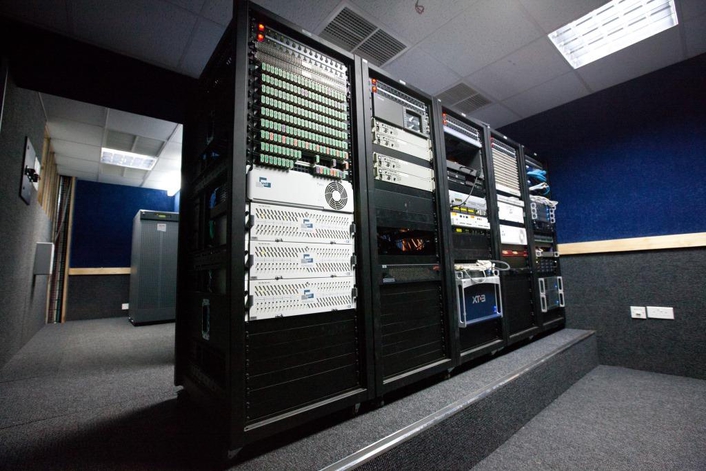 Jonathan Lyth, Systems Manager for C2S commented: “Challenges in this project came from logistical considerations and the building refurbishments which were underway at the same time. In any project there will always be limitations of some form, be it access, speed, timing, communication, technology or personnel, and these need to be prepared for. We were able to pre-assemble parts of the system in our Leeds workshop prior to shipping to Kenya, which meant we needed less time on-site and could stay out of the way of building works.”

On the technical side Lyth added, “Designing studios for two different types of production made the system quite complex. Three different post-production platforms were needed, and the tapeless production-to-TX workflow meant that each production needed it’s own asset control system to be integrated under a single workflow so there were a few considerations.”

Andre Venter, at SuperSport commented: “C2S Systems built a similar studio complex for us in 2011 in Lagos Nigeria - for MNET’s drama-serial ‘Tinsel’ and SuperSport coverage - so it made sense to commission them again for this Kenyan project. The team has a talent for working under restricted conditions and we've always found they rise to a challenge. The build was completed on time and production commenced in early June. We’re very happy with it.”

The studios went into full operation in mid June.