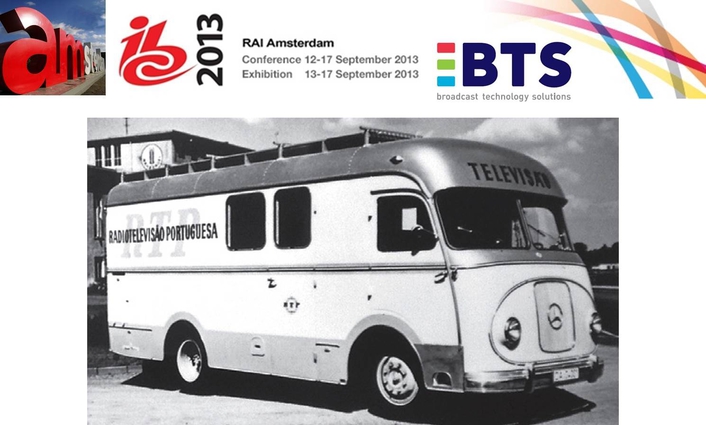 .
A showpiece of the past will become a highlight of IBC 2013: With the kind support of RTPs museum in Lisbon BTS broadcast technology solutions will exhibit a fully functional vintage OB van built in 1957 as an eye-catching showpiece at Outside Area Stand OE115 to demonstrate the historic roots of the company as well as of the industry.  At IBC 2012 BTS broadcast technology solutions had a brand new state-of-the art OB van for Qatar TV, the 555th van built by the company, another milestone.

The historic OB van shown in Amsterdam this year was ordered by RTP, the Portuguese public broadcaster, and built 1957 in Darmstadt, Germany. The Mercedes Benz Model LP-312/36, carrying the Portuguese license plate number GD-61-21 has a six cylinder Diesel engine with 110 horse powers, maximum speed amazing 76 km/hour! It was especially conceived and modified to allow TV coverage of outside events. Equipped with the most advanced technology of the time and being a truly mobile studio, it was the first vehicle of its kind in Portugal.

On 9th of February 1958 the first exterior broadcast was made from this vehicle:
Broadcasting the football match between Sporting Lisbon and FC Austria at the José Alvalade Stadium marked the moment.

As a result of an agreement between RTP and Mercedes Benz Portugal, the vehicle was completely renovated in 2006. It is the only example of its kind in Europe.

Still showing the majority of the original tele-visual equipment RTP’s first exterior vehicle is a highlight at RTP’s Museum and Document Office – and now at IBC 2013.

Its restoration took more than a year to complete and meant profound mechanical, electrical and plate recuperation. Most of the interior and exterior appliances were also restored or substituted, including materials made from wood, which made up a great part of the interior, as well as the bodywork. Upholstery and fillings were also lovingly restored using the original material. 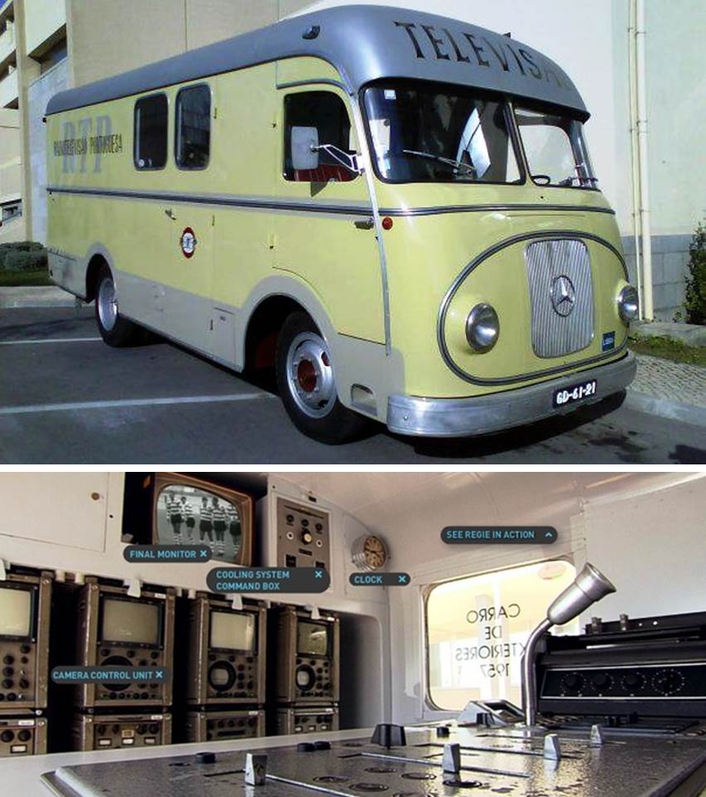 RTP’s Engineering and Technology Directorship later supplied the relevant TV equipment being faithful, as much as possible, to the era. The restoration of this vehicle is an example of RTP’s preservation and maintenance of an important piece of our historical, technical and cultural heritage.

About BTS broadcast technology solutions GmbH, Weiterstadt: BTS is an internationally experienced and innovative systems integrator in the television broadcast industry. Its customers include broadcasters, production companies, news agencies, archives, OB vans and corporate TV service operators. BTS works with the leading product manufacturers. Both the stationary solutions for studio production, play out, news, distribution and archiving solutions as well as the mobile OB vans and flight cases meet the highest standards of productivity, flexibility and reliability. BTS helps its clients build and optimize their broadcast systems: for a program in quality, safety and efficiency, that is the best in its class.