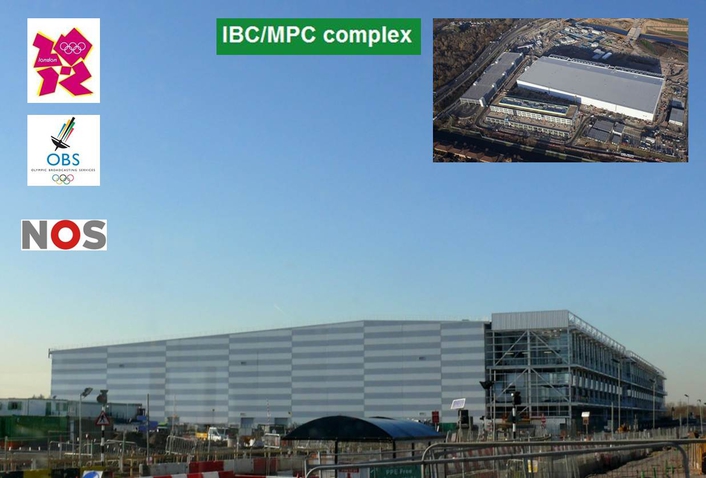 .
Netherlands based Broadcast Rental has built a video routing network based around the Blackmagic Universal Videohub 288 for use by Dutch Broadcaster NOS at the 2012 London Games.

The Universal Videohub is being used by Dutch broadcaster NOS to distribute key highlights and games footage from their media headquarters in the International Broadcast Centre (IBC) to other Dutch Olympic facilities, Holland House and Medal Plaza. The video routing solution will also be at the centre of operations in the IBC, a 24 hour media hub for around 20,000 broadcasters, photographers and journalist.

Controlled via PC touch screen monitors, the Universal Videohub will take in all signals from the Olympic Broadcast Services (OBS) and will be distributed to the Holland House, Medal Plaza, and to storage at the IBC. The signal will be locked and ingested via a EVS XT & IPDirector workflow to an Avid Unity System before it is packaged up with Avid Media Composer. The final output is then routed back through the Universal Videohub before being distributed to the Netherlands broadcast network and other Olympic screening facilities.

“Blackmagic’s Universal Videohub, as a routing matrix, will sit at the heart of our Olympic operations. Every audio and video signal will go via this router,” said Geert Paul Slee. “We wanted to use the Universal Videohub in particular for this job because it is completely customizable, can be controlled wirelessly and fits easily into small spaces, which makes it a very cost effective solution when you are using a piece of kit for multiple customers.” 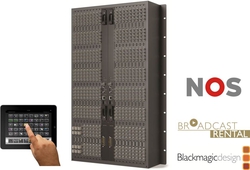 About Universal Videohub
The Universal Videohub family consist of two fully customizable card based routers designed for the high end post production and broadcast industries. Universal Videohub is available in two models, a 72 x 72 and a 288 x 288 capacity size with the ability for customers to add a combination of SDI and optical fiber interface cards to fully customize their router. Universal Videohub 288 model also supports hot swap redundant cross-points and power supplies, so in the case of a fault, switch over is fully automatic for 24/7 reliability. Universal Videohub also includes powerful features such as SD, HD and 3 Gb/s auto switching, built in deck control ports and ethernet and serial router control with a wide range of Mac and PC software and hardware control panels.

About Broadcast Rental
Broadcast Rental is a full-service rental house, supplying the needs of professionals in the broadcast industry. We operate on an international basis.Broadcast Rental was founded by Geert Paul Slee. He has more than twenty five years of experience in the television rental industry. Geert Paul worked for some of the major European broadcast facilitators. He arranged dozens of field productions from small ENG teams to huge concerts and major sporting events like Champions League, Euro 2000 and the Olympics. His experience and knowledge of the market combined with Broadcast Rental's products makes them the perfect partner in renting broadcast facilities.