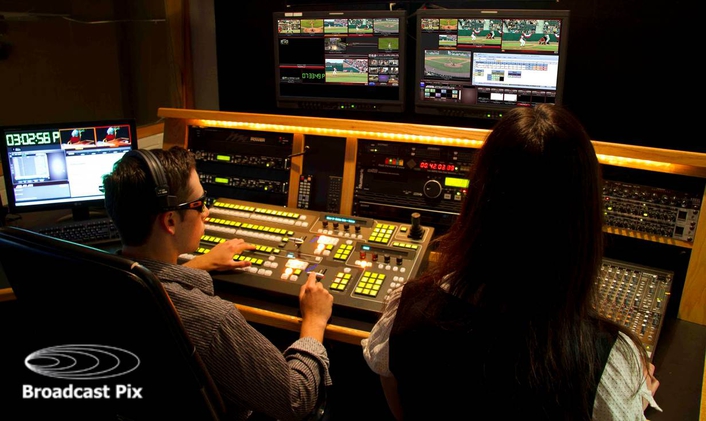 “Broadcast Pix has built its reputation on helping our customers create live video with confidence,” said Ken Swanton, Broadcast Pix CEO. “With this upgrade, you can create three different video compositions at once, and create in your own language.”

Using a system’s program output and dual PowerAux outputs, three “programs” of different content can be generated using a 1 M/E Granite or Mica system, and each can have up to six key layers on top. It is ideal for driving any combination of image magnification (I-MAG) screens, Internet feeds, and live television productions, because the multi-screen technology maintains one frame of constant delay across all outputs for continual lip sync throughout the presentation.

Also new with V3.1 is optional remote control of and recording to Grass Valley K2 Solo and Summit video servers, as well as enhanced control of video servers from  360 Systems, Harris, and Omneon. The new option enables Broadcast Pix systems to control up to four channels of playback. It supports auto-start of clips when brought to air and integration with Fluent Macros. Plus, clip names are displayed on the panel’s PixPad. Remote control of up to 12 AJA Ki Pro recorders is included on all Granite and Mica systems.