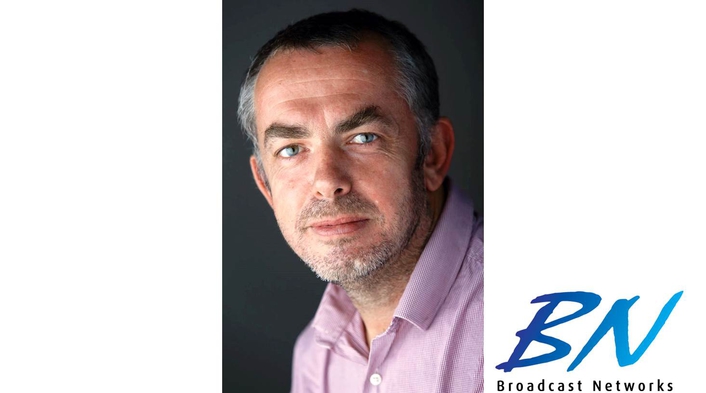 A skilled broadcast executive and engineer who gained operational knowledge through experiences with CNN International, NEP Visions and Cine Video, Malcolm brings a wealth of technical knowledge and industry insight to Broadcast Networks. He joins the company from Sony PSE where, as General Manager for Live Production Solutions, he was responsible for the design and build of more than 200 Outside Broadcast vehicles and studios.

Innovation is always a key element to broadcasting and while at Sony Malcolm developed the team bringing leading-edge technologies to market. He was central to the development of HD, 3D and recently 4K into the outside broadcast environment.

Commenting on his appointment, Malcolm says: “Broadcast Networks has always been a strong brand and one I am well acquainted with, having previously subcontracted many Sony Live Production projects to its highly experienced team of solution architects and project managers. Their passion for innovation and customer satisfaction has always set them apart, so I am thrilled to be joining the company as it undergoes major expansion to secure its position as a leading integration partner. These are exciting times - for us and our customers.”

“The broadcast market is evolving to accommodate innovative technologies and new business models. Now, more than ever, broadcasters and media companies value partners who can help them implement game-changing ideas,” says Tom Haye, Managing Director Broadcast Networks. “We’re delighted that Malcolm is joining our team to help align our people, processes and the latest technology so that we can help customers win in this increasingly complex arena.”

As a systems integrator with more than 25 years’ experience, Broadcast Networks has a proven record in the delivery of high-quality broadcast and digital media systems to an international client base. The company specialises in fixed and mobile solutions including live production and studio systems; broadcast infrastructure, transmission and content distribution systems; Outside Broadcast and Satellite News Gathering vehicles. Clients include Chellomedia, News International, UPC, NBC Universal, Bloomberg Television, ITV and OB Team in Norway. Broadcast Networks has recently announced a strategic partnership with IEC Group and investment which will drive the expansion of its operations and capabilities.

About Broadcast Networks
Broadcast Networks is a UK-based Systems Integrator with over 25 years’ experience in delivering solutions to clients the world over, including national broadcasters and global media organisations. From live production systems and OB vehicles, studios and broadcast infrastructure, satellite uplinks to content distribution, the company offers totally integrated and innovative solutions. With a highly experienced and knowledgeable team of solution architects and project managers, a flexible approach and a real commitment to customer service, Broadcast Networks works closely with organisations to meet their business and operational objectives and to deliver game-changing ideas.