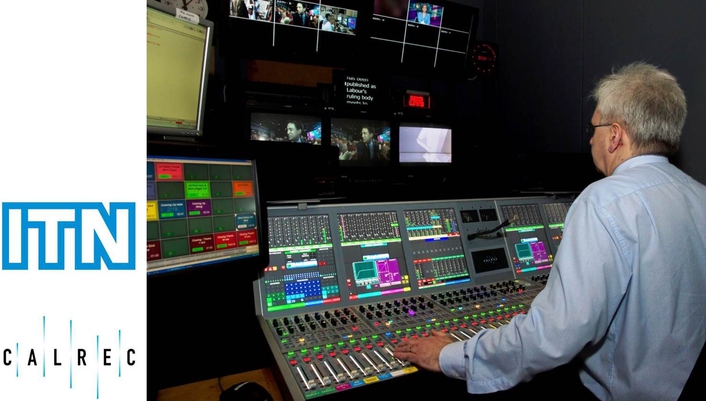 "Getting more DSP power was critical for us. Before we got the Artemis Light, our lack of it prevented us from making full use of outside sources," said Andrew Colgan, ITN technical projects manager. "The Artemis Light has a huge number of standard processing paths when compared to the competition. Having so much DSP power allows us to load all of our sources and destinations into memory and recall them almost instantaneously, making day-to-day programs a breeze. At the same time, we can easily accommodate complicated changes."

One feature that has proved especially important to ITN is the desk's Automixer, eight of which are available internally at no extra cost. Automixer assists ITN with mixing more than one source of speech, which has been a critical tool during multiple-guest interviews in an acoustically challenging studio.

"Before we had the Automixer feature, mixing the studio required super dexterity to equalize the sound if a guest jumped in with a comment," Colgan said. "We simply couldn't react as quickly as we can with Automixer assisting us."

The console not only met ITN's requirement for more DSP, it also satisfied other criteria, including reliability, speed of loading projects, clear displays, good ergonomics with a solid tactile control surface, transparent audio quality, and intuitive operation to reduce the learning curve for freelance operators.

"ITN's Channel 4 News is a highly respected program that reaches millions of people every day and is a critical source of news for the British public," said Jim Green, U.K. sales manager, Calrec Audio. "The Artemis Light console will help to keep ITN's production facility at the forefront of the news business for years to come and accommodate almost any imaginable news scenario."