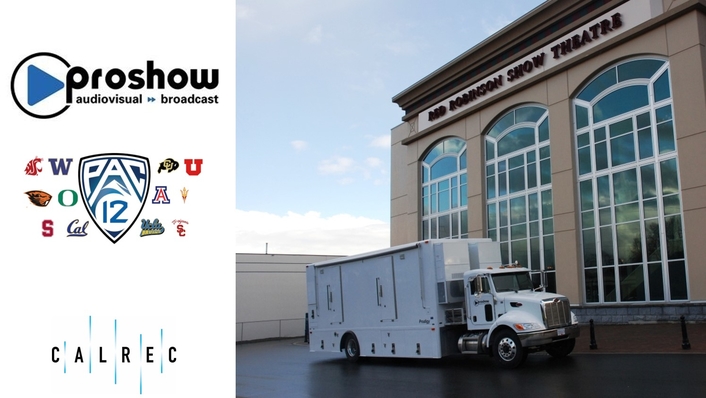 Proshow Broadcast, a leading broadcast and media production company based in Vancouver, British Columbia, has upgraded its hard-working Prodigy HD truck with Calrec Audio's Brio console. In a compact and cost-effective package, the Brio brings new levels of broadcast-grade functionality to Prodigy's coverage for major sports broadcast clients including the Pac-12 Network.

"The term 'revolutionary' might be overused in our industry, but the Brio is revolutionary in many ways. There really is nothing else like it for the price point — a truly compact console that doesn't make any compromises on broadcast feature set," said Tim Lewis, president, Proshow Broadcast. "When we heard Calrec would be launching the Brio, we knew it would be perfect for our Prodigy upgrade, especially after we sent three highly respected A1s to the Calrec booth at the NAB Show to take a look at it. All of them said it would be a significant improvement over our old desk. 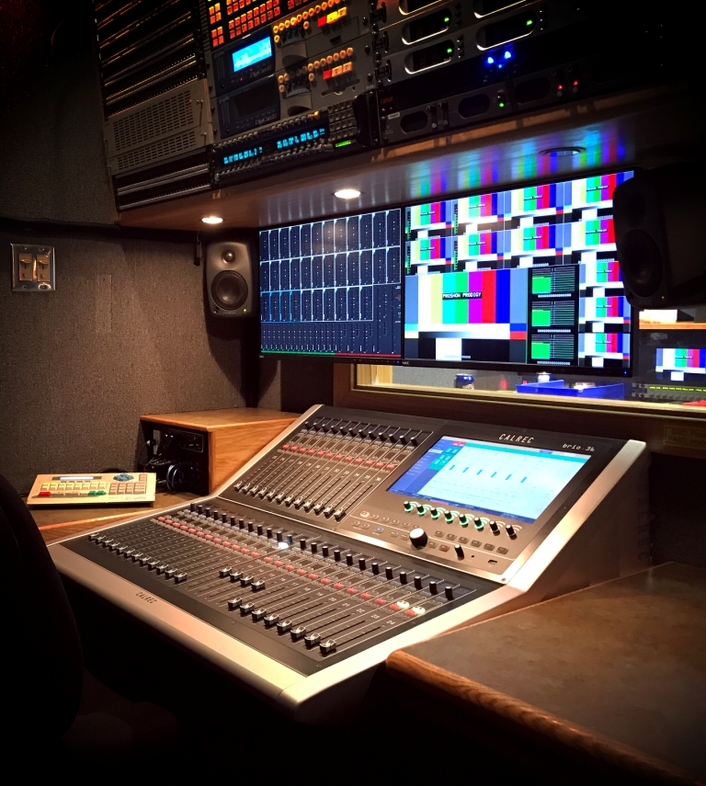 Sound Area in the Prodigy Truck

"We've had a Calrec Omega on our largest truck for five years, so of course we're well familiar with the quality and performance of the Calrec product. Calrec is known as the gold standard for audio in mobile broadcasting, and for good reason — the desks are designed from the ground up for broadcasting, and their flexibility and sound output are outstanding. Calrec desks are so prevalent in the mobile broadcasting world that A1s that are new to our trucks can start right away using the Omega or the Brio without a learning curve."

As the oldest truck in Proshow's fleet and one of the most versatile, Prodigy is used to covering a wide range of Pac-12 Network events, including college football, volleyball, and basketball, as well as other major sports broadcasts. The Brio made its debut in early September for Prodigy's coverage of Canada West football, live from Calgary's McMahon Stadium.

The Brio is much better equipped for traditional mobile broadcasting than the desk it replaced; in fact, Proshow was able to obtain full broadcast functionality for large productions without resorting to a bigger and more expensive audio console. Brio delivers even more flexibility through 64 inputs and outputs supporting multiple audio-over-IP networks including Dante and AES67, which enables the console to operate as a router and patching system.

Lewis added, "One of the things we love about the Brio is its exceptionally clean design, including the fader layout. When designing a compact audio console, manufacturers usually take the approach of 'dumbing down' the functionality. But with Brio, Calrec has taken a full-featured broadcast console and scaled it down, rather than dumbing it down.

"Brio has 36 faders and provides the same signal processing capabilities as full-sized desks from other brands. That's more than enough for most shows, and the fader density is also the same as the larger boards. It really matters on a busy show, when faders that are too small or too close together might make the desk difficult to operate. I've personally A1'd a couple of shows with the Brio recently, and I love it."