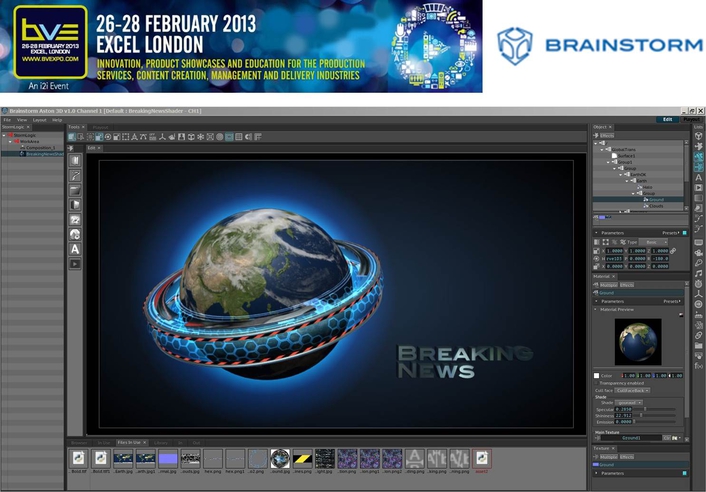 .
Brainstorm Multimedia, an industry-leading 3D real-time graphics and virtual set solutions provider, announces the UK launch of the new Aston 3D at BVE 2013 which will take place at the ExCel London Centre from February 25th to 28th. Brainstorm will be present on stand J20, in partnership with Storm Broadcast, Brainstorm authorized reseller for UK and Ireland.

According to David Alexander, Brainstorm’s Commercial Director, “After previewing the prototype of our new Aston 3D back at IBC where it was extremely well received, we are very pleased to launch it in the UK at BVE 2013. Aston is a well-known brand with a long history of success in the UK and Ireland, so we are both excited and keen to continue the Aston heritage of broadcast excellence built into the all new Aston3D”.

With its vast feature set, operational simplicity and 3D processing power, Aston 3D is purpose-built to enhance the creativity of designers and maximise output. It has been developed to fulfill all live broadcast content creation requirements from stand-alone OB solutions to complex, integrated system projects. Being MOS compatible and dual channel ready, the Aston 3D integrates seamlessly with newsroom systems, video servers, NLEs and other 3rd party applications to quickly and easily produce stunning graphics in a wide range of demanding requirements including fast turnaround news and sports environments, through to branding, finance, weather, elections, game shows and other graphics intense real-time on-air programs. 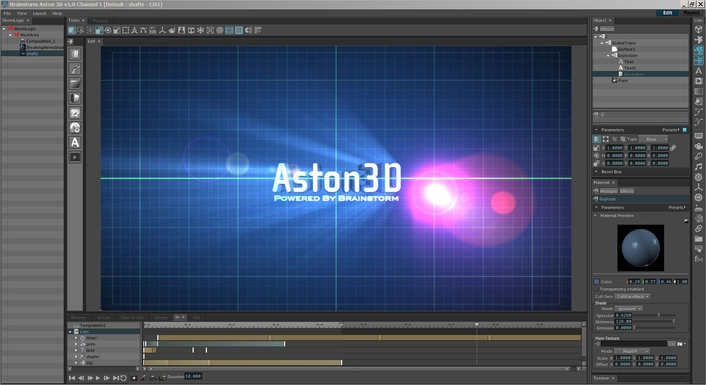