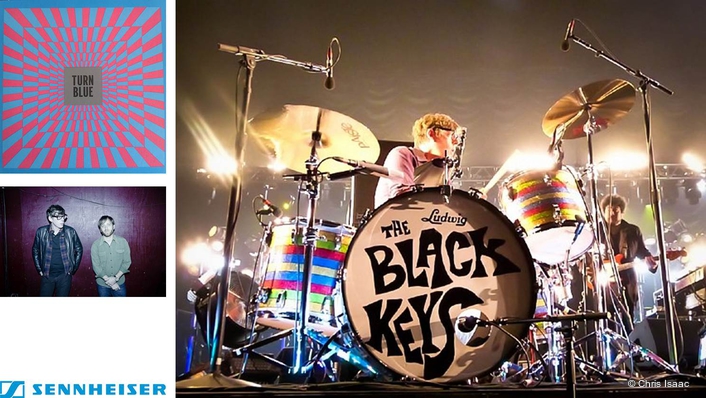 Patrick Carney of The Black Keys relies on Sennheiser and Neumann microphones for his drumkit
Overnight success was slow in arriving for Ohio garage rock duo, The Black Keys (TBK). The band was active for over a decade in small clubs on the Midwest indie circuit before the big time finally caught up with them in 2010 with the release of their sixth album, Brothers, and its quirky hit single “Tighten Up”. “We accidentally took off,” remarked TBK’s drummer, Patrick Carney.

“We weren’t expecting that.” Nevertheless, they’ve had to get used to it as record sales and popularity have climbed steadily ever since, to the point where their eighth album, Turn Blue, released in May 2014, debuted at number one in Canada, the US and Australia, the band’s first record to top the album charts anywhere. The band is currently in the midst of their Turn Blue worldwide tour complete with a full panoply of Sennheiser microphones specified by their long-time FoH engineer, Jason M. Tarulli, and fully endorsed by monitor engineer Rob Elliot. 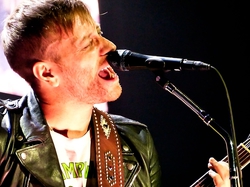 Tarulli has been with the band since their early days, starting out in small Ohio clubs and living out of the back of a van. He clearly did a good job as Carney and the other half of the duo, guitarist and vocalist Dan Auerbach, have remained loyal to him throughout. Tarulli experienced the meteoric rise to fame right alongside the band, learning as they learned how to transition from small and medium-sized clubs to sold-out 10,000-seater arenas. Naturally, that has had a certain impact on the kind of gear available to the band… “It’s great to be able to choose what we want after so many years of having to make do with anything and everything!” said Tarulli. “As far as Sennheiser is concerned, this is the first tour where we’ve had Sennheiser gear throughout, and so far it’s been great.”

The Black Keys’ production manager Anthony Pitcher is a long time Sennheiser friend and was instrumental in cementing the relationship with Jason Tarulli and Rob Elliot. “I’ve used the Sennheiser line exclusively for years,” said Pitcher. “It wasn’t a tough sell with my audio team – they’re brilliant engineers who already had a thorough knowledge of the product line. It was just up to me to bring it to the table for this band.”

“Overall, I’m really into the classic sound and feel of Sennheiser mics like the MD 441, 421 and the e 906,” said Tarulli. “I went for a combo of e 906 and MD 421 for Auerbach’s main guitar rig, with the 906 placed near the centre of the cone to get all the mid/hi-mid details plus the crunch and fuzz that comes from the Marshall amp and Fender guitar, and the 421 placed midway or nearer to the outer edge of the cone to get the low-mid warmth. Blended together, that makes for a nice, full, big-sounding guitar. I’ve got a 906 on the rhythm guitar because it’s a great mic for guitars, (actually, I think the 906 is an all-round great mic, period. You could use it for almost anything loud and it would sound fantastic) and a 421, the classic bass guitar mic, on bass. You can’t really go wrong with this choice, the 421 has excellent low/low-mid response.” 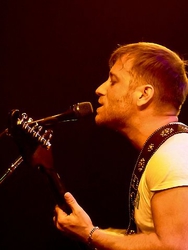 For the drums, Tarulli explained that as Neumann microphones had been used for making the records, the idea was to carry some of them over for the live drum sound in conjunction with Sennheiser equipment. He opted for an e 901 and e 902 for the kick drum, stating them to be respectively, “a good, solid inside kick mic to get the sound of the attack and the drum shell tone and the outside mic to get more of the drum head sound.” He went for an MD 441 on the snare (“a solid mic with good rejection”) and a Neumann KM 184 on the hi-hat which he described as “a small condenser mic that gets the sizzle of the hi-hats without sounding thin.” He also went for KM 184s as overhead mics. “The KM 184 is an excellent small-diaphragm condenser with good detail – the cymbals are full sounding, not thin or washy and it also complements the microphones on the rest of the kit for a more natural feel,” he explained.

For the rest of the kit, Tarulli decided on an MD 441 for the cow bell: “Overkill? Maybe!” he laughed, “but it really makes the cowbell feel full and even. Also, I can push the fader up when things get quiet to add a little extra ambience to the snare.” His final choice regarding the drum kit was an e 904 for the tom-toms, which is perhaps the choice he is the most pleased with. “The biggest problem I had for a while was with the tom mics,” he recalled. “I love mics like the 421 for toms, but mics that size can be difficult to focus and the stands can be clumsy and take up too much real estate on the drum riser. Most drummers can’t help but hit them…. sometimes fatally! The 904 solved all my problems – it’s compact, clips easily onto the drum, won’t come loose or fall off, even after the occasional wild hit from a drumstick, and sounds great.”

Last but not least, Tarulli decided on e 945s for both the tambourine and main vocals. “The 945 is a good all-round mic with excellent rejection and proximity effects,” he remarked. “The tambourine comes through really well, even in the midst of a loud stage, and it does the same job for the vocals, resulting in nice clear vocals and a crisp-sounding tambourine.” 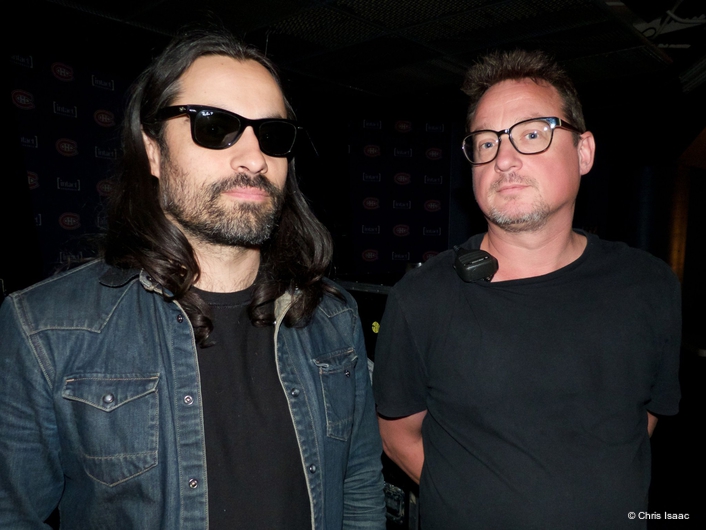 The final word went to Sennheiser Canada’s Chris Isaac who handles artist relations and has been looking after the band: “It’s great to have The Black Keys on board,” he said. “They are a fantastic rock duo with great stage presence who never fail to bring the house down with their live performances wherever they go. They also happen to be really cool guys, along with their team, who are a pleasure to work with.”

The Black Keys are currently working their way round the US before breaking for Christmas and a month off. In February they will embark on a second European leg and finish in Australasia.

The Sennheiser Group, with its head office in Wedemark (Hanover Region) is one of the world’s leading manufacturers of microphones, headphones and wireless transmission systems. In 2013 the family company, which was founded in 1945, realised a turnover of around 590 million euros. Sennheiser has more than 2,500 employees worldwide and operates its own factories in Germany, Ireland and the USA. The company is represented worldwide by subsidiaries in France, Great Britain, Belgium, the Netherlands, Switzerland and Lichtenstein, Germany, Denmark (Nordic), Russia, Hong Kong, India, Singapore, Japan, China, Australia and New Zealand, Canada, Mexico and the USA, as well as by long-term trading partners in many other countries. The company Georg Neumann GmbH, Berlin (studio microphones and monitor speakers) and the joint venture Sennheiser Communications A/S (headsets for PCs, offices and call centres) are also part of the Sennheiser Group.