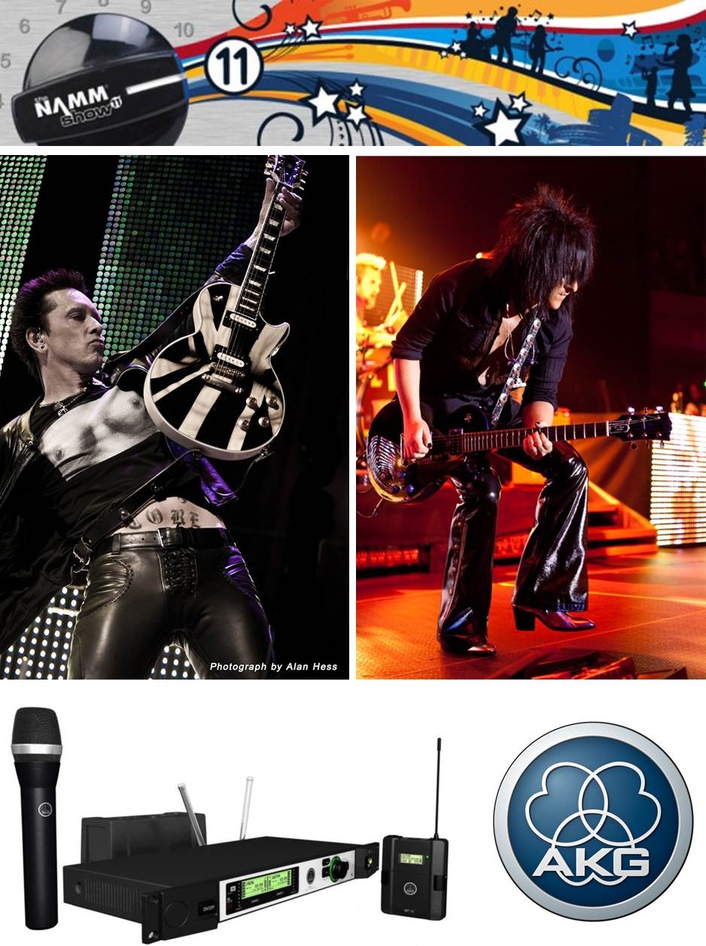 While reviewing three sets of wireless microphone systems on tour, Stevens and Morrison were unable to find their ideal sound without experiencing frequent dropout. After Stevens read about the AKG DSR700, AKG Product Manager Wireless-Tour-Install at JBL, Joseph Wagoner demoed the wireless system to the band mates.

“It’s absolutely night and day,” stated Stevens, comparing AKG wireless systems to those he previously used on tour. “I am still shocked as to just how much difference the DRS700 wireless system makes to our tone, both throughout the crowd fill and on-stage.”

Utilizing the DMS700 on tour, Morrison sensed his riffs coming alive via his in-ear monitoring system. “With the body, warmth and tone, one could have easily assumed the sound ran through a cable. When I took my ears out and walked into the house, it sounded bigger than anything else I’ve used. AKG’s features are easy to use and set up, and pairing that with a wireless system that doesn’t drop out, sounds huge and has the legacy of AKG behind it. You really can’t ask for anything more.”

“With decades of musical excellence, Steve and Billy both reinforce the deep history of AKG’s performance and reliability, and add tremendous weight to the line with their approval of the AKG system,” said AKG’s Wagoner. “With an active roster of world-wide performers and amateurs alike, AKG’s reputation as a leader in the live sound and studio setting continues to thrive.”

With nearly 30 years at Billy Idol’s side, Stevens’ glam rock image and hard music style propelled him as one of the most sought-after guitarists in the 80’s. In addition to his tenure with Idol, Stevens has played on world-renowned recordings by Michael Jackson, Robert Palmer and on the GRAMMY award-winning “Top Gun Anthem.” From working with Kiss drummer Peter Criss on his solo efforts, to his own efforts, Atomic Playboys, and Jerusalem Slim, Stevens continues to wow crowds with impeccable talent. His critically acclaimed instrumental album, Memory Crash was released in 2008.

Morrison continues to have a rich career, from playing in the all-star band Camp Freddy, as members of The Cult, Stimulator, Doheny, Circus Diablo, his own solo material, and now currently playing with Billy Idol. The guitarist has shared the stage with some of the world’s greatest musicians, including Ozzy Osbourne, Steven Tyler, Slash, Robbie Williams, Lou Reed, Ronnie Wood, Jerry Cantrell and more in the world’s largest and best-known venues.