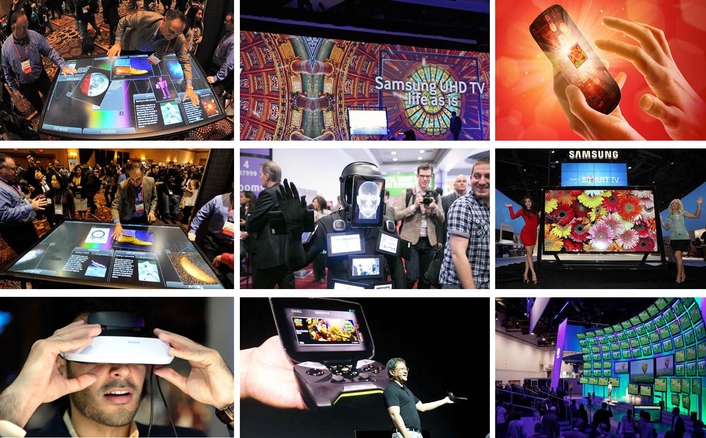 .
The CES (Consumer Electronic Show) 2013 highlights were the 2nd Screen, content in the Cloud and eye-poppin’ monster TVs. Of course, we’re the same person who got caught up in the show buzz and swore netbooks and 3D TV were going to circle the globe. We all know how that turned out.

The first was a little obvious because it followed a holiday that saw people buying every iPad they could and very respectable sales of Samsung’s and Amazon’s tablets. It was no wonder that anyone with an ounce of unimaginative innovation was showing their “iPad killer.”

That won’t happen because every time they compare themselves to the leader, guess what? Right, they advertise Apple’s solutions which mean the company got more advertising than necessary and didn’t have to do any heavy lifting name/product placement.

Tablet Content, Control
iPads/tablets are the heart and soul of mobile devices. They don’t eliminate thin, light notebooks (ultrabooks) and they aren’t as personal as iPhones/smartphones.Ultimately (2017ish), they will be the real mobile video screens when there are things solved like bullet-proof broadband Wi-Fi, a great natural UI for content navigation, selection (you know, one controlled by voice, gesture, and eye-tracking) and universal portal for content search.

For the next few years, they won’t impact TV set viewing but do help augment, share, comment on the experience. As Gale Hawthorne explained, “They just want a good show, that's all they want.” 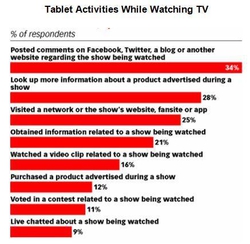 2nd Screen Work – It’s true, almost everyone drags their 2nd, 3rd, whatever screen with them when they sit down to watch TV; but it isn’t so they can watch two shows at once.  There’s a lot of personal activity and sharing that’s being done with the mobile devices.

What we’re going to see this year (until we can leap into the real mobile TV universe) are apps that let us use our iPad as an integral part of the TV set experience.

So Much More – Everyone in the family likes his/her iPad/tablet; but they also would like to be able to do more, access more with their device in addition to using it as a remote control or online contact/discussion device.

Content in the cloud is a hope, dream, wish for almost everyone and Marty Lafferty, CEO of DCIA (Distributed Computing Industry Assn.) gave us an excellent view of what it is going to be like when we cut the cord.

There’s a growing number of Internet users who are taking advantage of today’s Internet-connected TVs and their mobile devices – notebooks, tablets, smartphones – for viewing their content.

But the big connection device winners here are the game consoles – PS3 and Xbox 360. Suddenly, our years of using our Atari systems now can sit proudly by our flat screen TV instead of being hidden whenever guests come over. Now it’s not just a game system but a multimedia entertainment device! 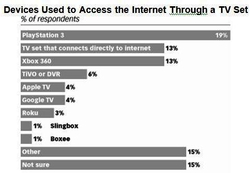 Beyond the Games – Today, there are a wide range of products available that make it relatively fast and easy for TV viewers to connect their sets to the Internet.  Many of the devices are also used with Smart TVs.

While Roku, the game console folks, Lafferty and others like to fan the flames under the cable folks’ behinds by saying how mobs of folks are cutting the cord; it’s more like cord shaving – downgrading the level of service.

It’s true that “everyone” is interested in cord-cutting, but interest isn’t action.Millennials are more likely to cut the cord and the average age of internet-only households in the U.S. is lower than the overall average.

Cord Shaving – While the cable guy is concerned (and he/she should be) about news that recommends cord cutting, it isn’t quite happening that way … yet.  People are cord shaving (cutting back to basic services and using other connectivity solutions for enjoying premium content).

But it isn’t all about watching free stuff online because online video consumers are rapidly learning there’s a whole wide range of content available and the idea of being able to watch what you want, when you want is very appealing in our overstuffed, multitasking lives. 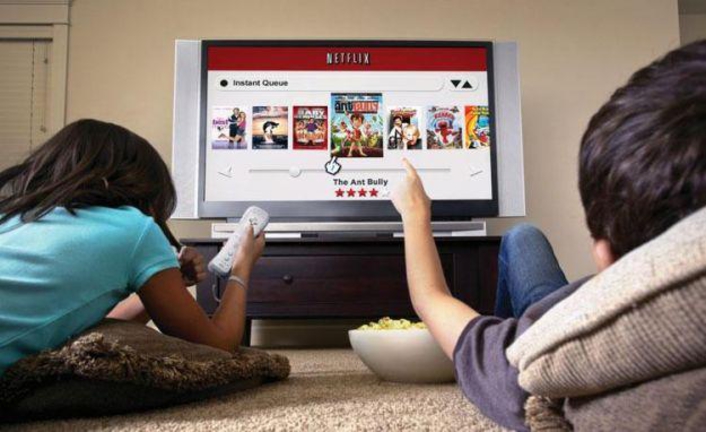 Cisco and Alcatel both see content stressing the residential broadband networks, which is much less of an issue in other parts of the world that aren’t living with old-fashioned legacy technology.
-        Bell Labs estimates that by 2020, consumers in the US alone will access seven hours of video each day – as opposed to 4.8 hours today.
-        There’s a dramatic shift from broadcast content to video-on-demand services, which they project will increase from 33 percent daily viewing to 70 percent by 2020.
-        That’s a twelve-fold increase in Internet video content as cloud services, news sites and social networking applications become more video based and continuously accessible.As Effie Trinket noted, “I hope you noticed we have a serious situation!’Alcatel also reported that:
-        The proportion of time spent watching managed video-on-demand services and web-based video (OTT’ – providers) will come at the expense of traditional broadcast TV services, whose relative share of time will drop from 66 per cent to 10 per cent
-        Internet-based video consumption each year will grow twelvefold, from 90 Exabytes to 1.1 Zettabyes
-        Consumption of managed video-on-demand  vs. OTT will grow at a 28 per cent annual rate, from 44 Exabytes to 244 Exabytes
-        10.5 per cent of managed video consumption and 8.5 per cent of OTT video consumption will occur at the peak hour, 8:00 p.m 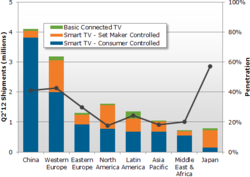 That’s all great news for all of those firms showing and selling the new smart TVs we saw at CES.

Worldwide sales of Smart TVs are projected to skyrocket over the next five years, with experts predicting some 220 million devices to be snapped up by 2017.
Of course, Informa reported that as many as 50 percent of the sets will have been bought for viewing rather than smart features; and folks will continue connecting with Roku units, game consoles and other solutions.
President Snow observed, “Hope. It is the only thing stronger than fear.”

Sold But…Industry analysts are right when they say there was a strong demand (at a price) for Smart TV sets this past year and forecasts look good for 2013.  For the next few years though, people will quickly tire of using their Internet-connected capability because seamless connectivity is still a work in progress.

Given the pace of change, that is to be expected.Look at the new apps/services - Skype, the BBC iPlayer, OnLive, HBO Go and NOW TV.

Then too, the set manufacturers are all using different “unique/special” standards so developers have to pick the platforms they want to invest in/support.

It would be really nice if the manufacturers agreed on a single platform so you could enjoy the stuff on your set in the family room, den, kid’s room, bedroom; but gee, where’s the competitive advantage in that?

The Main Screen
As with every CES, bigger screens grabbed all the eyeballs, and this year all of the oohhss and aahhss went to Sharp’s mind-blowing 90-in screen. 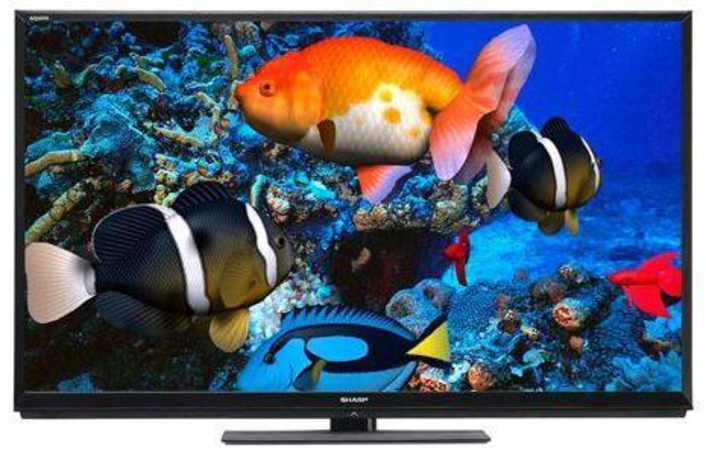 Show Off – The Sharp 90-in. Smart, 3D-ready TV set was impressive from across the room – way across the room – but other than bragging rights, it didn’t do much to help the company move many TV sets profitably.  Except for a few of the players, the market is  so unprofitable they are quietly, slowly leaving the field.

The Sharp (obviously smart) TV was spectacular and had a price to match - $10K plus! The price will come down as volumes go up, but so what?
You realize the optimum viewing distance is 20 ft! Closer and the pixel resolution looked like a mass of zits.

The distortion field folks were out in droves again this year, hawking their Smart Ultra HD 46-in (distance 9.5 ft) and 55-in (distance 11.5 ft) sets.
Katnish Everdreen explained, “Hope. It is the only thing stronger than fear.”

The only problems were:
-        No one really uses the online smart capabilities and those who do quickly tire of them and use the mobile devices they brought into the room
-        There’s no Ultra HD (used to be called 4K) stuff anywhere but at the theater, and no one is the first to raise their hand because they just paid off their HD equipment and their 3D hardware is gathering dust.

The hottest whisper at CES was about the big Apple TV Screen. You know, the idea Cook called “an area of intense interest.”Well, the whispers were that it would be:
-        Backroom-ready to show to a few folks at CES (It’s not that Apple way)
-        Unveiled at Macworld (really they walked away from that withering event years ago)
-        Unveiled at their own event in March (doubtful)
-        In the 46-55-in diagonal range (obviously)
-        Priced in the proverbial arm/leg range (sure, no one else can get away with it but …) 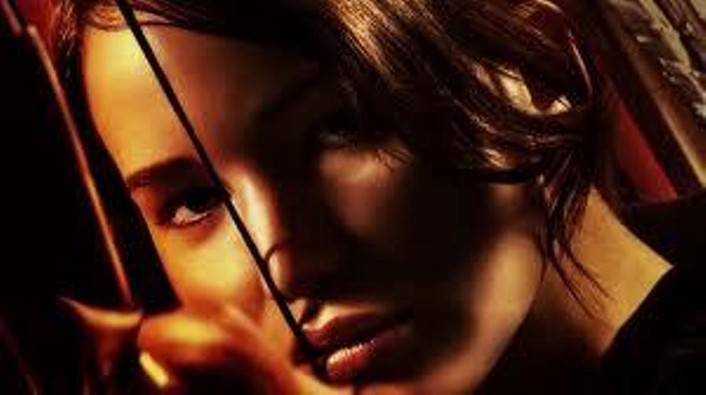 Until the online content silos collapse and there are tons of universal smart apps, HD and beyond content available, it’s no reason folks are letting their Smart sets stay dumb and are using their mobile devices for … everything else.

The TV set market is a losing proposition except for folks like LG, Samsung, Vizio.

Everyone else is bleeding from mortal wounds, which is probably why President Snow said as CES swung its doors open, “Welcome! We salute your courage and your sacrifice and we wish you Happy Hunger Games!”