BFE Assigned by Südwestrundfunk in Mainz 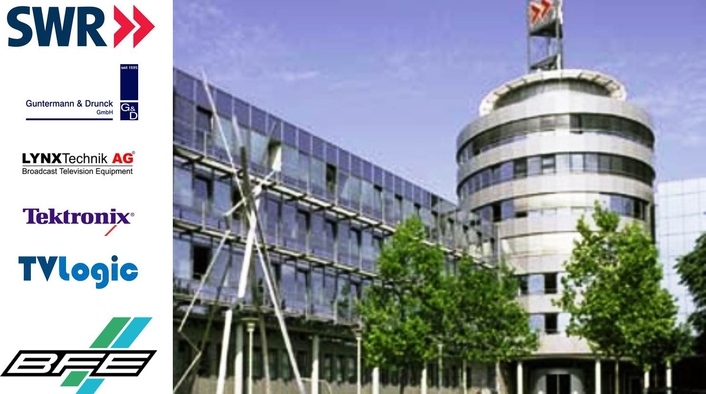 .
In the context of a gradual shift from traditional tape-based to a mainly file-based TV production, the SWR has decided to assign BFE Studio und Medien Systeme GmbH in Mainz as a system integrator.

Within the frame of the project, the TV control room and the ingest desks (formerly imager rooms) will be renewed, equipped with the latest technology and combined in one room complex space. The technique is housed in the equipment rooms 1 and 2 as well as in the two emerging equipment rooms 6 and ZI. The television control room and the ingest places and therefore all video products must be performed in HDTV technology. As core components Tektronix measuring devices, TV Logic Broadcast monitors, G&D KVM equipment and Lynx Yellobrik fibre optic components are used. The studio furniture and the racks are produce and delivered by BFE. The Omneon media grid and the Omnoen spectrum video server, installed by BFE in a previous project, will be extended.

Furthermore, the KSC Commander controller system developed by BFE will be extended by the necessary control panels and brought up to date. The VPMS system from arvato/S4M already installed in an earlier project will be amended by the control of the new ingest devices. The finalization of the project and start of operation has been scheduled for Q1 2015.

About SWR
The SWR is a national broadcaster with three main locations in Stuttgart, Baden-Baden and Mainz. After the WDR, the media company founded in 1998 is the second largest broadcaster within the ARD (consortium of the Federal Republic of Germany’s public broadcasters). SWR is a public institution responsible for the states of Baden-Württemberg and Rhineland-Palatinate.