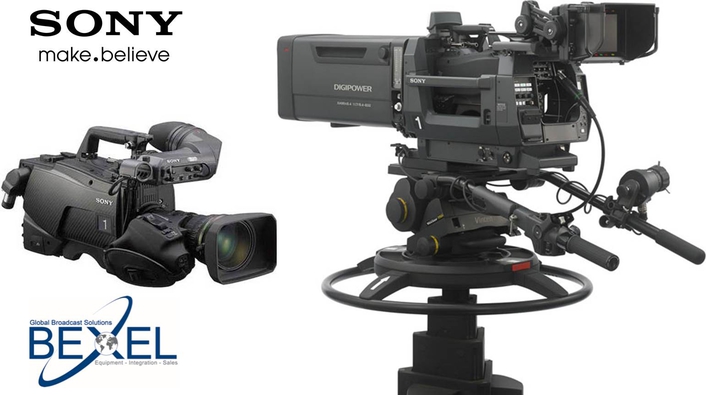 "We are pleased to invest in the HDC-4300," says Tom Dickinson, CTO of Bexel Global. "We feel that Sony's new camera is very impressive in every aspect. It covers HD, to super slow motion, to 4K UHD all in one camera. And it has the same camera body design as the HDC-2500 and uses all the same camera accessories, including CCU, RCP and HDLA build-up kits. The expansion of super slo-mo to 8x is also an exciting new feature to us, as sports productions are demanding higher frame rates."

The investment in the Sony HDC-4300 represents the first stage of a 75 camera system expansion plan slated to roll-out over the next two years. "This investment is part of our continued support and development of 4K UHD camera solutions, which started with a major purchase of Sony 4K Live systems in 2014," noted Dickinson. "The HDC-4300 is also the center piece of our greater camera system expansion plan, which calls for flexibility in any camera requirement. This system is ideal for Bexel, as it can be used on any HD project, while working for super slow motion specialty applications and 4K broadcasts as well."

"The HDC-4300 4K studio camera has the combination of features that Bexel Global's customers most desire," said John Studdert, vice president, sales and marketing, Sony's Professional Solutions Americas. "Sports and live entertainment producers are demanding more tools so they can more effectively engage the home viewer. The HDC-4300 with up to 8x 1080/60p high frame rate, super zoom and simultaneous 4K and HD outputs gives them maximum flexibility to create the perfect production without the complications that come with using cameras from multiple vendors."

Bexel Global's slate of HDC-4300 camera systems is already committed for the upcoming professional football season. "Our customers are clamoring for this system," concludes Dickinson. "Super slow motion cameras have been a key rental offering for us, and the HDC-4300 allows for a variety of uses. We are delighted that Sony designed such a high quality and versatile camera, and we're already looking forward to expanding our inventory in the future."

Having supported some of the world's most recognized events, Bexel Global Broadcast Solutions is equipped to capture powerful content from venues, studios and exceptionally challenging environments.  Encompassing some of the most sought after brands in the industry, Bexel Global Broadcast Solutions' portfolio of production services includes premium teleprompting camera and software systems from Autocue and Autoscript, cutting-edge broadcast technology for the Q-Ball and other specialty remote cameras from Camera Corps, and meticulously maintained camera supports and mounting requirements from The Camera Store. Along with other leading brands across the broadcast sector, Bexel is a  Vitec Group company.