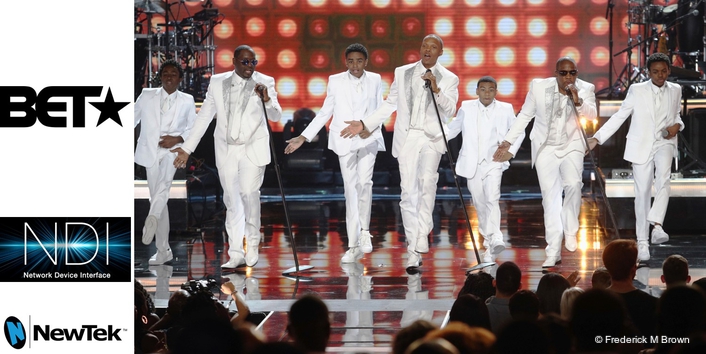 A History of Firsts: In 1980, BET (Black Entertainment Television) became the first television network in the United States primarily devoted to African-American viewers. In 1991, the network’s then-parent company became the first black-owned company to be traded on the New York Stock Exchange. And recently, the network scored another first, this time in technology adoption – enabling it to stake its claim among the pioneers of IP-based production workflows.

With dozens of attractions drawing attendees (upwards of 165,000 in 2016) to multiple venues within the complex, BET’s sponsors jump at the opportunity to reach as many of those visitors as possible with their branded content. 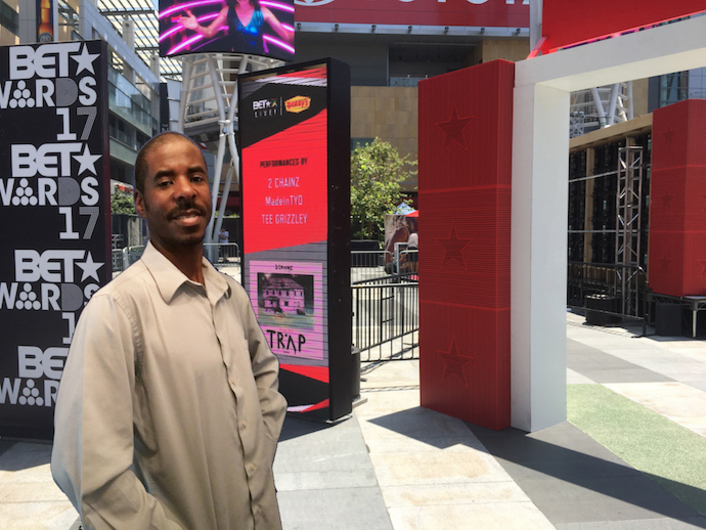 Stuart Brewton is the Director of Technology Management for BET

In previous years, according to Stuart Brewton, Director of Technology Management at BET, the Fan Fest portion of the BET Experience – held in the Los Angeles Convention Center – would capture the attention of attendees with a jumbotron-style screen suspended above the center of the convention floor. A scheduled feed of shows and events, produced on-site during the BET EXPERIENCE, would play on the large screen, switched from a central routing truck.

This year, Brewton says, instead of just one giant screen, the BET Experience team wanted to provide more value for their sponsors: more video displays, located near more activities that appealed to certain sponsors, with more specifically branded content to update the displays – ten of them, to be precise.

But instead of the effort, expense and complexity of setting up baseband routing (and laying in enough fiber and coax to drive 10 video displays), Brewton’s team had a different solution: connect the digital signage displays to an Ethernet network – and then feed them with IP video using NewTek NDI.

Says Brewton, “We had our TriCaster system in the central mobile routing truck at LA Live, and connected it to the Los Angeles convention center next door over a 1Gb LAN via a single fiber pair.” 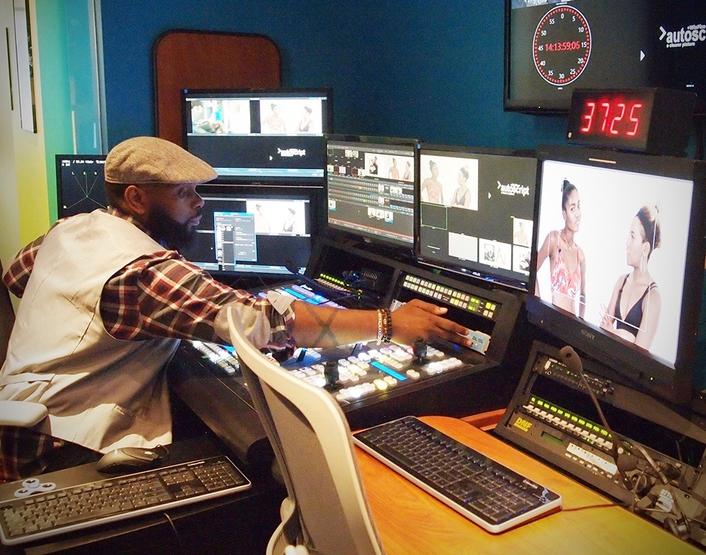 Anthony Valley, Technical Director for BET, at the controls

Once in the convention center, each of the displays was connected over 1Gb Ethernet. The digital signage displays, Brewton says, “used standard PCs running NDI software. Instead of physically running cables all across the convention center, we could actually just open up the NDI Video Monitor to designate the video source each screen would receive.”

What’s more, with all NDI sources available over the network, Brewton’s team didn’t need to separately produce and switch live event video for each display. “We could brand the content for each individual screen group, and drive them dynamically, all from the one TriCaster accessing the source content feeds.”

The groundwork for the BET Networks production workflow was put in place a few years back, according to Brewton.

“We’ve always been very resourceful with equipment, manpower, and funding to get the best possible programming representative of our brand out with whatever resources we could afford,” he says.

They started with the TriCaster 8000 in 2012 to produce video programming, driving the green screen stage and some virtual set segments. Over time, the team began pushing out content through more channels as social media platforms became more user-friendly and they could take advantage of the ability to stream live.

Brewton and his team explored all the capabilities of the system, and created workflows to leverage as many as they could to enhance their programming.

And crucial to a technology department focused on providing the maximum capabilities to its team without the usual associated expense, Brewton says, “If I sent one of our guys to cover an event with a TriCaster, I didn’t need to bring in another production truck.” 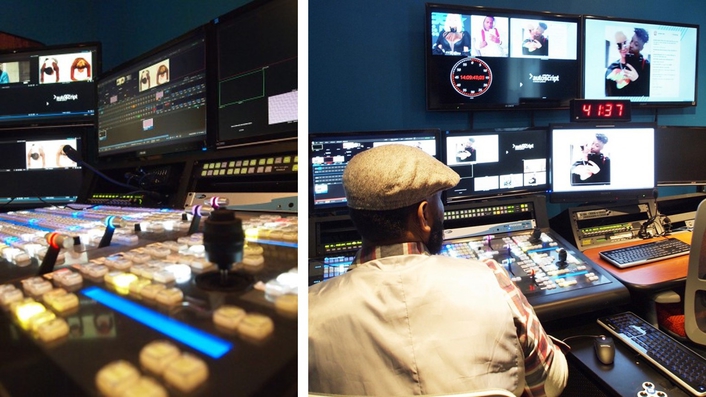 Two Places at Once

Four years, a new studio location, and several remote TriCaster systems later, if you ask Stuart Brewton how production has changed at BET he answers with three words:

“I had the ‘home base’ TriCaster 8000 I needed in the control room. I had a few remote systems. But I needed another Swiss army knife-type box for the cases where we have multiple remotes happening at the same time with similar needs,” he says.

Brewton says everyone on his team realizes the worth of these systems. “We look at upcoming productions we need to do and say, ‘If we had a TriCaster here, we could do this. Too bad ours is on a shoot in another location.’”

He decided to designate a new TriCaster system as a swing unit that would be assigned to production wherever it was needed, whether in a remote production, a major event like the BET Experience, alongside a regular broadcast, or at neighboring MTV studios, BET’s fellow Viacom network across the street in Times Square.

But his reseller had other plans. 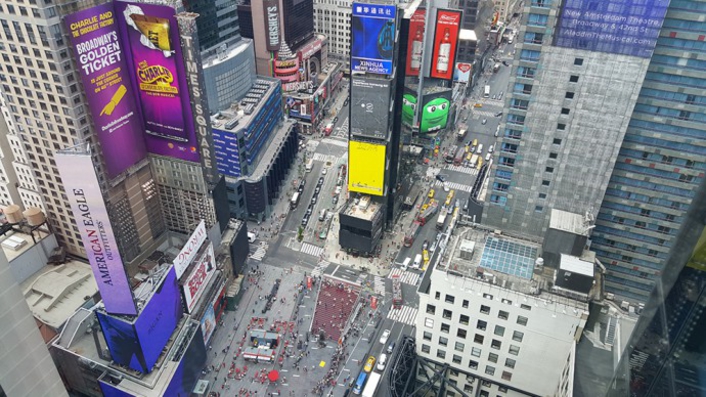 Brewton wrote up his specifications and placed the order. Having placed multiple TriCaster orders in the past, he figured he’d take delivery on the usual schedule. But a few days went by without hearing more, and he went on vacation before the new system was delivered.

“I have to give real props to Varto because he saw what was coming, but he couldn’t tell me,” says Brewton.

What his reseller knew that Brewton didn’t – because as a NewTek Elite partner, Varto Technologies was briefed on the next generation of video technology before the general public could find out about it – was that NewTek was releasing its groundbreaking hybrid IP/SDI production system, the IP Series, in just a few weeks.

And BET, a network of firsts, would want the first one.

And BET, a network of firsts, would want the first one.

“I can’t remember when I got the email announcing the IP Series,” says Brewton. But by the time he finished reading the announcement, Brewton had decided he would put an IP Series in the BET control room as the home unit, replacing the TriCaster 8000 – which would become a swing unit out on the road.

He immediately called his reseller.

“I said, ‘Varto, I’m on vacation, but this is what you have to do for me: you need to stop my order. I need this unit. Tell me everything I have to do, but I need this one.’” 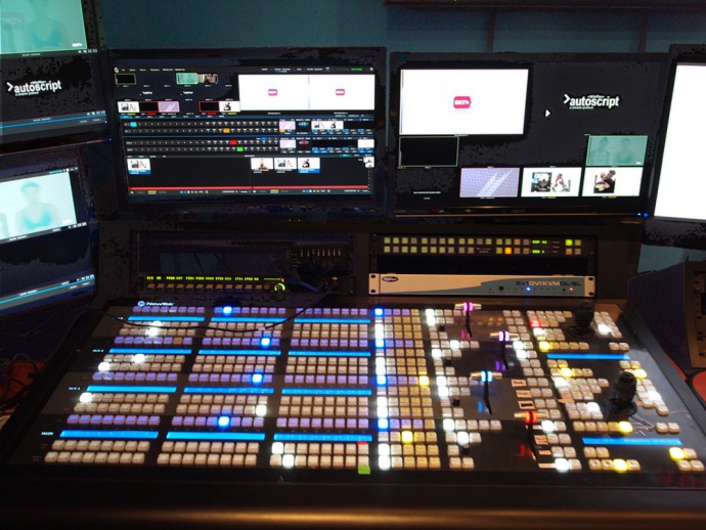 It was all about building for the future, says Brewton.

At the time, he knew that 4k was on the horizon; he just had no game plan for how to approach it. “But knowing NewTek, I knew that 4k was something they would build into the future, and when I saw the IP Series, I figured that’s their way to do it.” (Note: as of April 2017, Stuart Brewton’s prediction came true, with NewTek’s announcement of IP Series’ support for 4k.)

What’s more, he gained the ability to go IP, which he says opened up an entirely different world.

BET had recently moved from the CBS Broadcast Center to its Times Square location, which is set up to be less of a production center, and more of a corporate business office.

In typical production environments, video techs can pop out ceiling tiles and run coaxial cables to get video from other parts of the building. But in corporate offices, it’s not as broadly accepted, and they ran into roadblocks.

“If we wanted to have these creative little pop-up events, Facebook in the cubicles, or musical performances in the summertime in front of our window overlooking Times Square, it would be challenging,” says Brewton – and much more limiting.

As long as they have an Ethernet connection in the wall and access to the network closet, his team can patch things around from the control room to any other location that can connect.

“That made it pivotal for us, and is one of the advantages we saw with the IP Series.”

In order for BET to do IP video, he says, he had kept his eye on a couple of companies dabbling in various technologies, and watched as the industry debated standards. “But for production, NDI was here, it was ready, it was available, and it was affordable.”

BET’s new IP Series – jokingly referred to as having serial number one, since it was the first commercially available system – included a NewTek NC1 input module and output module, the base NewTek VMC 1 Video Mix Engine, and NewTek 4-Stripe Control Panel. This would allow the baseband I/O count to stay the same as the existing setup with eight ins and four outs. 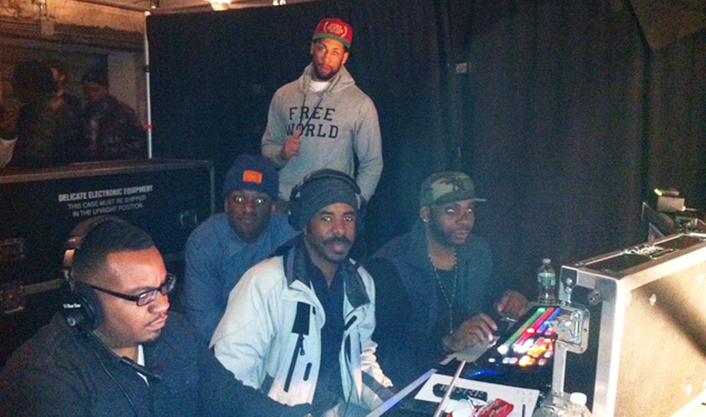 BET NDI Production in the Field

Additionally, the IP Series uses the same software-driven production workflow as TriCaster systems, with a common interface to all sources and functions.

This meant the IP Series would deliver a familiar workflow with very little ramp-up time – so anyone on the production team who used the TriCaster could easily switch gears and run an in-studio production on the IP Series.

Brewton’s crew confirmed this during its first show. They had to since they didn’t get much of a chance to put the IP Series through its paces before they had to jump into production.

“It was more or less an ‘overnight’ change over. On Friday we used the old system, we swapped it out over a weekend, and Monday morning, we had to be ready to go.”

And they were. “We did the show, the talent got their marks, everybody did what they were supposed to do, and we got it in the can – and just kept going through all eight segments. Wondering whether we could pull everything off on the very first production was a bit of a nail biter, but it worked out really well,” says Brewton.

We Can Do That?

Brewton appreciates that even without a lavish budget, he does have the resources of a major network behind him. But he advises smaller companies to think a little bit bigger too.

“A lot of times, smaller organizations will say, ‘I can only afford a TriCaster Mini.’ My advice is: if you can, let’s find a way to get you to the next level because you get so much more if you can make that jump. And even if you can’t, that’s okay – you’ll still get so many more features than you would from a comparable product.” 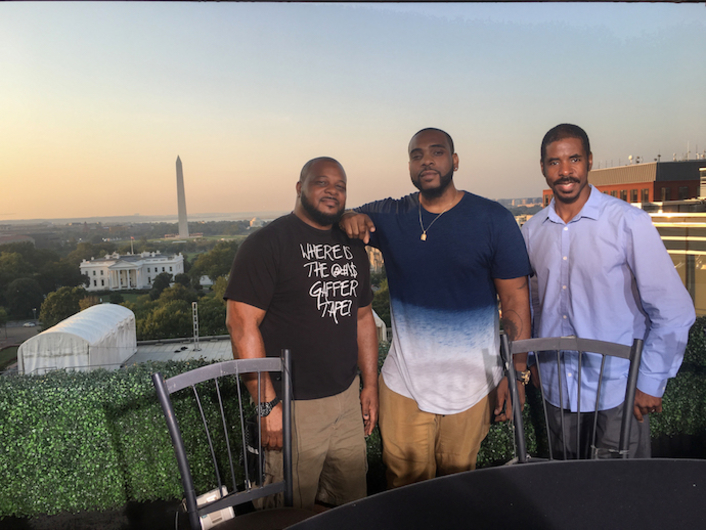 Kwabena John, Anthony Valley, and Stuart Brewton of BET covering the opening of the African American Museum in Washington DC. Valley learned to operate the NewTek 3Play 4800 on the trip from NYC.

Brewton illustrates this with a final story about his crew. During one production, technical director Anthony Valley, who can usually be found running the IP Series from the control desk, was standing up in the back of the room. “We all said, ‘What are you doing?’”

It turns out he was controlling the IP Series remotely – firing all the macros from an iPad that was on the same network, connected over Wi-Fi.

“NewTek puts so many of these little features in the box that it’s a constant exploration of, ‘Wow, we can do that? That’s kind of cool,’” says Brewton. “It’s kind of like the gift that keeps on giving.”