Ben Diaz to Head Up SGM in South America 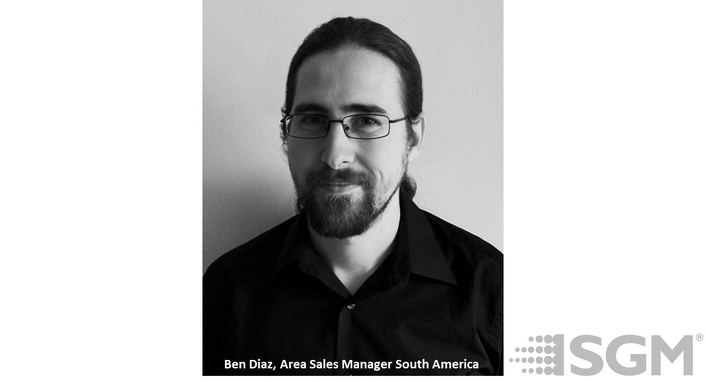 SGM has appointed one of Spain’s most prominent lighting designers as its new representative in South America
Ben Díaz takes up the position of Area Sales Manager with immediate effect, in a role that also includes product training on the Continent. Since 2000 Díaz has been involved in many creative roles within the entertainment industry, including lighting / production design and operation, video programming for media servers, cinematography and technical education.

He has worked in 16 countries as a crew member, including Europe and America, and has a deep and comprehensive understanding of all technical matters relating to show business worldwide.

Ben Díaz has spent the last ten years touring as a lighting designer, programmer and operator, and creating visual shows for TV.

It was during one such tour — with Latin pop-rock artist Rosana — that he first met SGM CEO Peter Johansen in February 2013. The tour’s arrival in Mexico coincided with a seminar held by SGM in conjunction with their Mexican distributor, Representaciones de Audio, which the LD took the opportunity to attend.

By this time Díaz had already clocked up several years of experience with SGM products, and following the seminar he reviewed the rejuvenated brand and new product portfolio as “maybe the coolest in the market right now.”

“We are fortunate to be able to recruit someone with Ben’s experience who already had a working knowledge of our fixtures and was committed to the brand,” stated Peter Johansen. “He has the perfect credentials for representing us in this strategically important and fast developing part of the world.

Ben Díaz speaks Spanish, English and Portuguese, and has a profound knowledge of the different Latin American cultures. As of January 2015, he will be based in Mexico City where he can be contacted at +34 633 204 888 or on Skype bendiaz_sgm.