The beauty of broadcast contribution – and the vital role of encoders

We have all witnessed the impact that broadcast contribution has had on television — whether we’re aware of it or not. To most people, they might have just noticed an increase in the number of live events they see on TV, but for those of us with a deep understanding of the industry and its associated jargon, we know this to be broadcast contribution.

Compare today’s landscape with what we were used to 10 or 15 years ago and you get a good idea of its impact. Back then, there were fewer live sports broadcasts available for viewers to sit down and enjoy, and news shows were mainly limited to presenters dictating the stories of the day from inside a studio space. Nowadays, however, there are so many live sporting events being broadcast at any one time that it would be impossible to watch them all, while news shows have become far more dynamic and ambitious, with journalists reporting live on location from all over the world.

Why has broadcast contribution reached such widespread popularity?

As competition among broadcasters continues to get fiercer, they need to try and stand out from the pack by being more adventurous in the way their content is delivered, and broadcast contribution is an effective way of doing so. By taking journalists, presenters and pundits out of the traditional television studio and positioning them live on the ground, right at the heart of the news story or event, the viewer can enjoy an increased sense of atmosphere and excitement — the next best thing to actually being there themselves.

Take a live football broadcast, for instance. Almost all broadcasters now choose to have a host of football pundits at the stadium who discuss their thoughts and predictions before, during and after the match, and some even choose to have an expert or presenter located on the side of the actual pitch during half-time. This gives the viewers at home unprecedented, immersive access to what’s unfolding on-screen.

This technology is not new: broadcasters have been capable of live broadcast contribution for years now, but the explosion of high-speed, highly available bandwidth has been the catalyst that’s enabled them to fully realise its benefits. The emergence of 4G and 5G networks means that anyone can easily broadcast from pretty much anywhere, and this isn’t just limited to professional cameras or OB trucks either — broadcasters can even use their mobile phones for broadcast contribution.

What hasn’t changed, however, is the significance of the encoder within the wider broadcast contribution network process.

Why are encoders so important to broadcast contribution?

Live broadcast contribution encoders are the tools that compress the video and audio signals taken from the original source (be it a camera, OB truck or the venue itself) before transmitting it over to the studio. If a broadcaster’s workflow involves moving the signals between various studios, it is the encoder that’s also responsible for compressing the stream for transport.

On a fairly basic level, encoders are a vital part of the overall contribution process because they are largely responsible for making sure the broadcast gets to viewers as quickly as possible. Although it is virtually impossible to deliver a broadcast to television that is live to the exact millisecond, viewers also don’t want to watch something that has a significant time delay and could be seen as out-of-date by the time it reaches their screens. This is where encoders come in: by compressing the pure signals into something much smaller, there’s less data to transmit back to the studio which also means less time before it arrives on viewers’ screens. This ultra-low latency also enables remote production, or the stay-at-home production model. Broadcasters bring back multiple, uncompressed or lightly compressed feeds over fibre, then edit the stories on their own premises. Staff are more productive because they are in familiar and comfortable environments, and they also save travel and accommodation costs. 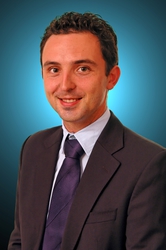 More importantly (at least from a broadcaster’s perspective), it allows video to be compressed and transmitted into a number of different codecs, including the much-talked-about HEVC. This is still a relatively new technology which allows for better video compression with far less bandwidth required, while improving the video quality in terms of resolution, contrast, frame rate and colour.

HEVC can also be used for live transmission of the latest formats including high definition (HD), 4K or ultra HD (four times the quality of HD) and high dynamic range (HDR), and although there are very few native 4K or HDR broadcasts happening at this point, having an encoder that’s capable of doing so allows broadcasters to remain future-proofed. Certain encoders even allow pay-as-you-grow support, so businesses are only spending what they need to depending on the desired quality of their broadcasts.

As the burgeoning world of broadcast contribution continues to impact the way that live events, news stories and more are covered, the role of the encoder in this process should not be underestimated. The right choice of encoder can play a major role in delivering a great viewer experience, while also giving broadcasters the freedom to evolve their contribution efforts for years to come.