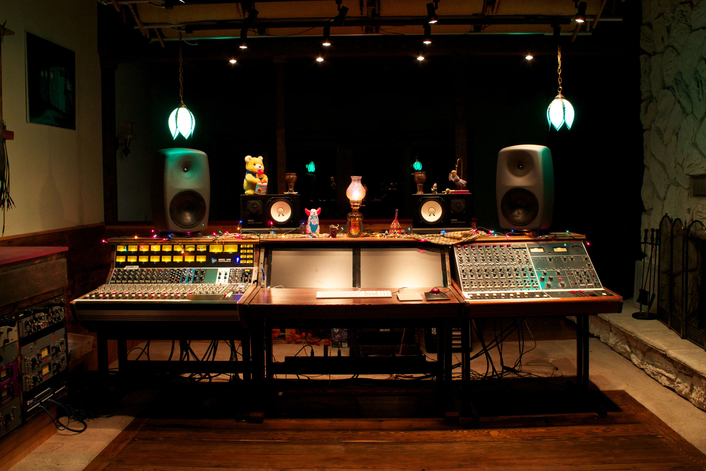 There he opened his 2,500-square-foot Family Farm studio in 2011. For monitoring, he turned to Active Monitors from Genelec, the world’s longstanding pioneer in active monitoring. The 6,000-square-foot building also houses a lounge and a spacious apartment for visiting recording artists. The studio has already done sessions with the Dandy Warhols, the Jayhawks and the Portland Cello Project.

Raymond is a highly critical but curious listener and a self-confessed “gear junkie,” so he was up for checking out the pair of Genelec 8260A Tri-Amplified DSP Monitors suggested to him by retailer Vintage King and brought over to his studio by Scott Esterson of Genelec. “I listened to them and they sounded good, but you can’t really understand a speaker until you’ve actually done work on them,” Raymond points out.

He used the Genelec 8260A’s to mix the unfinished tracks of a record he had been working on at that time, and during the course of the mix, he came to appreciate the 8260As’ accuracy and authenticity. But what sold him was the enthusiastic response of the mastering engineer he sent the record to after the mix. The mastering engineer immediately recognized that the record had been mixed on two different pairs of monitors, and he raved to Raymond the mix of the songs that happened to be mixed on the Genelecs.

“Considerably more depth in the low end, greater accuracy and better balance across the sound field,” says Raymond. “But perhaps best of all, they were both fun and functional; they can give me the kind of volume I need for when clients want to track and listen back loud, but they actually sound great at any volume. And while I was initially skeptical of the DSP system – I always wondered if systems like that actually compensate for deficiencies in the speakers themselves – I quickly realized that the Genelec DSP system really works. The speakers sound great on their own, but the DSP brings them to the next level by adjusting them perfectly to the room they’re in. I’m glad I have them.”

Genelec, the pioneer in Active Monitoring technology, is celebrating over 30 years of designing and manufacturing active loudspeakers for true and accurate sound reproduction. Genelec is credited with promoting the concept of active transducer technology, which many manufacturers are just now incorporating into their products. Since its inception in 1978, Genelec has concentrated its efforts and resources into creating active monitors with unparalleled sonic integrity. The result is an active speaker system that has earned global acclaim for its accurate imaging, extremely high acoustic output from small enclosures, true high-fidelity with low distortion, and deep, rich bass.