Ayrton MagicPanel™602 has it Nailed 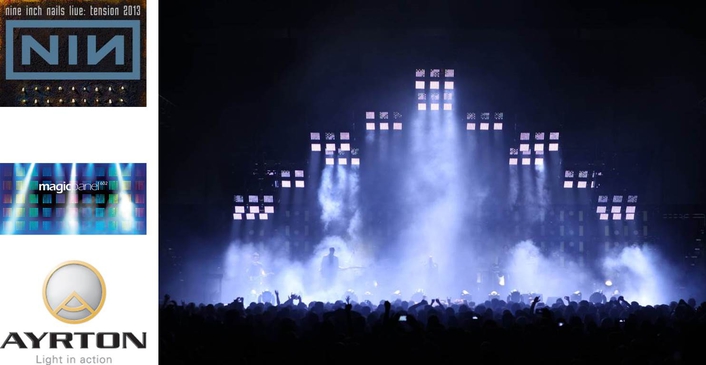 Ayrton MagicPanel 602 is a moving head video panel composed of thirty-six 15W Osram RGBW LED light sources, each of which can be individually programmed. Each LED produces a powerful, tight 7.5° beam which together are born to map moving images in 3D space. MagicPanel 602 demonstrates infinite rotation in both tilt and pan axis and produces a sharp edge 15.000 lumen multidirectional beam of light, all of which can be managed by ArtNet, RDM or DMX.

The MagicPanels formed a major part of the NIN lighting rig where they not only run chases, graphic elements and overhead effects above the performers, and act as audience blinders, but also channel video content and pixel mapped images across a total of 4536 LEDs points.

Bennett employs the MagicPanel fixtures to create many effects throughout the course of the performance, using the capabilities of the individually programmable LEDs to delineate each song: “We tried to push the MagicPanels as far as time allowed us but still remain in keeping with the music,” he states. “I found the MagicPanels very interesting and diverse which is why I chose them, and they have proved to be as bright, versatile and reliable as I had hoped.”

Four months into NIN’s seven month tour, Ayrton MagicPanels have certainly proved their durability. And, in terms of performance and design potential Bennett claims MagicPanels are ‘great on all levels’. “The 360° pan and tilt, brightness and pixel mapping capabilities are all key to the success of these units. You’ll be seeing a very large amount being used in the next few months!” 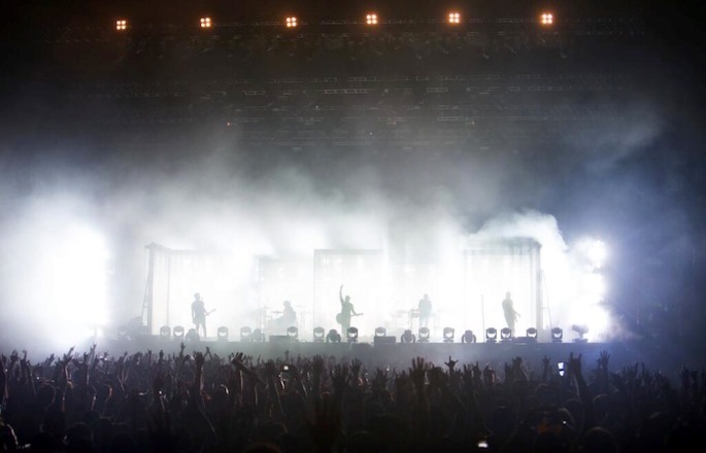 NIN will continue to tour North America with Ayrton MagicPanels until the end of November before embarking on an Australian/New Zealand leg in March 2014.