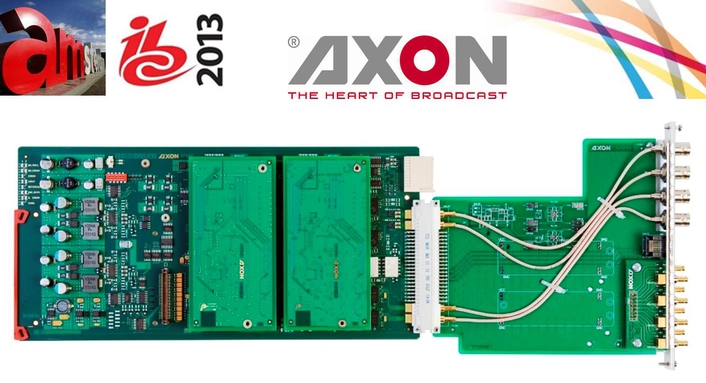 As well as integrating AVB, an open standard based on IEEE802.1, Neuron will help broadcasters create a live end-to-end audio and video production system with monitoring, management and protection. Neuron features both hardware and software and offers significant cost savings, reliability, increased flexibility for instant network access and multi-switching between live content such as a football game or game show.

Audio and video (AV) equipment connections have historically been one-way, single-purpose and point-to-point. As a result, the industry faces challenges to remove the inherent bandwidth, speed and the set-up problems of SDI-based infrastructures. With a move to an AVB-based network, all audio and video streams - as well as associated control, metadata and synchronisation for live productions - will be available on one single connection. Neuron provides broadcasters with managed networking functionalities, the ability to provide uncompressed video delivery across live production infrastructures, as well as compatibility with new standards such as 4K and existing formats. 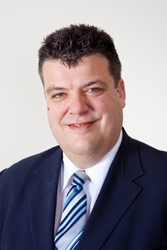 ‘A system that’s more integrated with Ethernet and IP has great potential to offer a substantial level of flexibility, while also saving money in a way that hasn’t been possible – until now,’ said Jan Eveleens, CEO, Axon. ‘Since introducing AVB at NAB, there’s been an enormous amount of interest in it, and we’re pleased to be taking this technology a step further and showcasing the full potential of AVB through our new product Neuron.’

To help showcase the next chapter in AVB, live Neuron demos took place in an OB van provided by Dutch provider, United (Zonder Broadcast Facilities). Having built a four-camera OB van designed specifically for smaller projects, Axon developed a Neuron module for United to enable fibre multiplexing without the need for fibre. During the show, United took visitors through a set up which will see Neuron with AVB in action.

‘It’s great to be involved in the transition away from traditional approaches and be part of an evolution that will clearly change the way live production infrastructures will be created over time,’ said Paul van den Heuvel, technical manager, at United. ‘We’ve already started using Neuron and are looking forward to embracing the full benefits of an AVB-based future.’

More on Neuron
A combination of hardware and software and AVB technology, Axon’s Neuron solution – part of the Synapse family - is an Ethernet application which uses the massive speeds of a modern IT-based infrastructure. It will change the way that live production infrastructures are created. While Neuron is built upon the open AVB standard, key additional functionality is built into the system. Full integration with Axon’s Synapse interfacing and conversion and Cortex advanced management solutions provides flexibility, modularity and control. Standalone Neuron boxes allow direct and cost-effective integration of cameras, screens, stage boxes and desktop I/O.
Axon’s Neuron provides point-to-point connectivity and back-to-back usage for a much less costly alternative to CWDM (Coarse Wavelength Division Multiplexing), as well as point-to-point 2x HD and point-to-point 4K productions. Neuron is a fully networkable, extremely low latency infrastructure that supports varied production and real-time applications by replacing the conventional SDI router matrix and adding complete managed networking functionality.