Avolites soon to appear on How2Media's 'World's Greatest!..." on US TV! 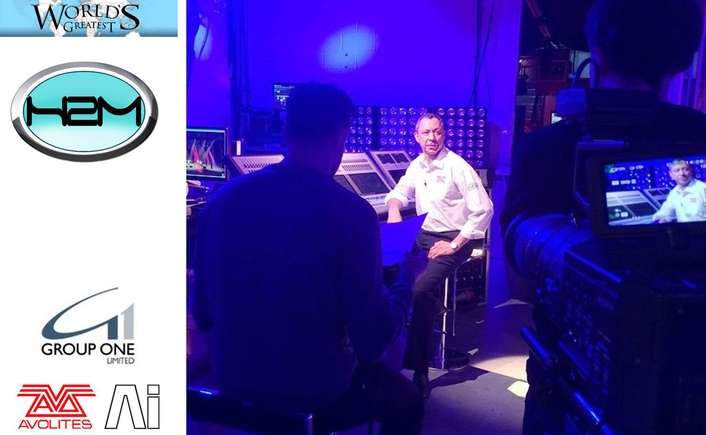 .
Avolites Ltd. will appear on the popular US TV series "World's Greatest!..." next week after having been recently selected and filmed to appear on the show by its creators, How2Media.

Avolites, which works with New York-based Group One as its exclusive US distribution partner for lighting, was chosen for she show thanks to its innovative Titan and Ai range of lighting and video control products, enabling their users to create stunning displays in a range of applications, such as concerts & touring, theatre, temporary & permanent installations, nightclubs, and houses of worship. With Avolites, lighting and video professionals can be assured that they have the latest and greatest technology, along with unmatched support.

"Avolites was a true pioneer in the field of portable lighting control systems, founded in 1978 and soon providing to the likes of the Rolling Stones, Rush, and Queen. The Avolites 'Titan' operating system is now the world's favourite lighting control interface with more than 300,000 specialist users, and Avolites 'Ai' video control interface produced the world's largest landscape video surface at the London 2012 Olympic Games, and the world's largest hologram effect in Madison Square Garden in 2014," says Gordon Freeman, Executive Producer of the show. "That's what leaders do: they innovate, they grow, and they lead. Avolites has a wonderful and interesting history, and we think their story will be meaningful to our viewers."

As part of the show, How2Media sent a film crew to spend time at Avolites' facilities in London, England, to discover the story behind this great and growing company, and to show the "World's Greatest!..." viewers why Avolites Ltd. was selected as the best in their category, and feature on the show.

"It's a pleasure and an honour to be selected by World's Greatest!..." says Steve Warren, Managing Director of Avolites. "We see Avolites as innovating and leading the way with powerful and accessible solutions for lighting, dimming and media control.

"Avolites has evolved to offer cutting edge technologies in the swift and intuitive Titan and Ai software packages, within a diverse range of equipment of the very best quality and design. We're excited to share our illustrious story and our innovations with the show's diverse audience."

About "World's Greatest!..."
"World's Greatest!..." is a thirty minute show dedicated to highlighting the world's greatest companies, products, places, and people. Each show is a fast paced tour around the world featuring behind the scenes footage, informative interviews, and exciting visuals. How2Media is a 21st Century television production company. Their award winning programming can be seen on national cable channels and local network affiliates across the country. For more information on How2Media and their show line-up, visit How2Media.tv