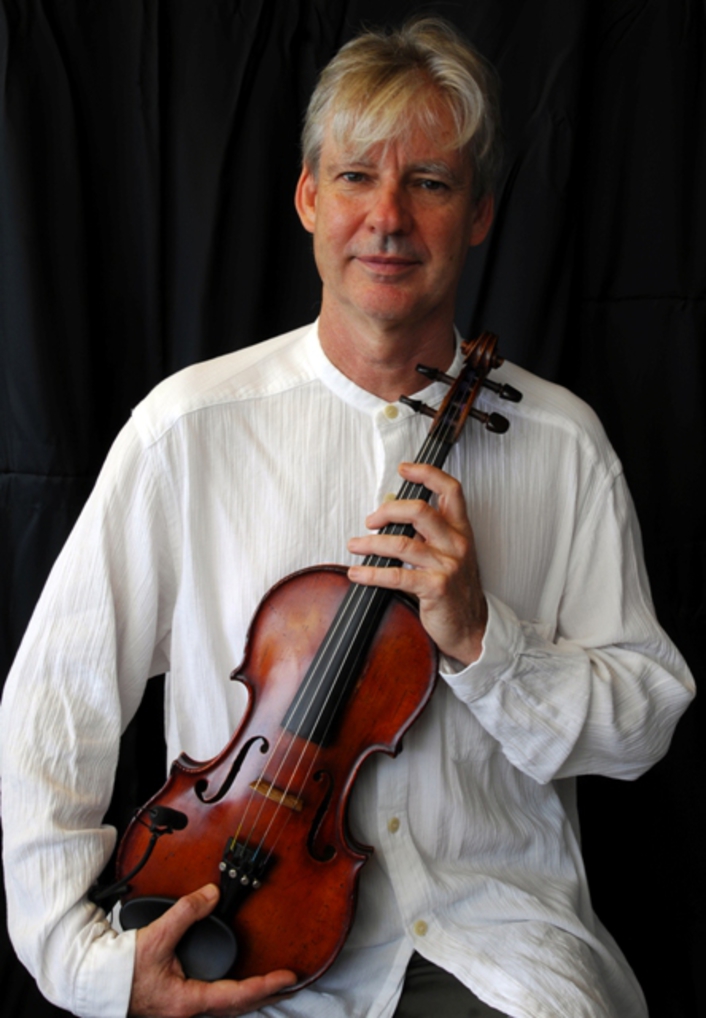 Marcus Holden with the DPA 4099V on his violin
Violinist Marcus Holden has purchased a DPA 4099V clip mount from distributor Amber Sound. Holden has been using his mic to tour Australia with Scotland the Brave, a musical tribute to Scotland, and also for the Sydney Theatre Company production, Spring Awakening.

“The first thing I noticed about the 4099V was the amount of gain you can get before feedback occurs,” he says. “The sound is incredibly natural; it brings out the real tone of the instrument and totally minimises breath and surround noise. For someone who plays with a combination of microphone and piezo pickups on violins, mandolins and bizarre hybrid instrument situations in a myriad of acoustic or amplified venues, the DPA is the solution. I've been waiting 30 years for someone to invent this microphone!”
Holden, a recording engineer as well as a violinist, is also a fan of DPA microphones in the studio. “The DPA 4021 is a fantastic flat response microphone, while the DPA 4061 is a great vocal, and indeed violin, omni mic,” he says.
Marcus Holden has performed as soloist with the Adelaide, Tasmanian, Western Australian, Melbourne and Queensland Symphony orchestras, Auckland and Toronto Philharmonic Orchestras. He has written and performed string quartet arrangements for Diesel, Jimmy Barnes and David Campbell and premiered works for fiddle and orchestra at the Lincoln Centre in New York.